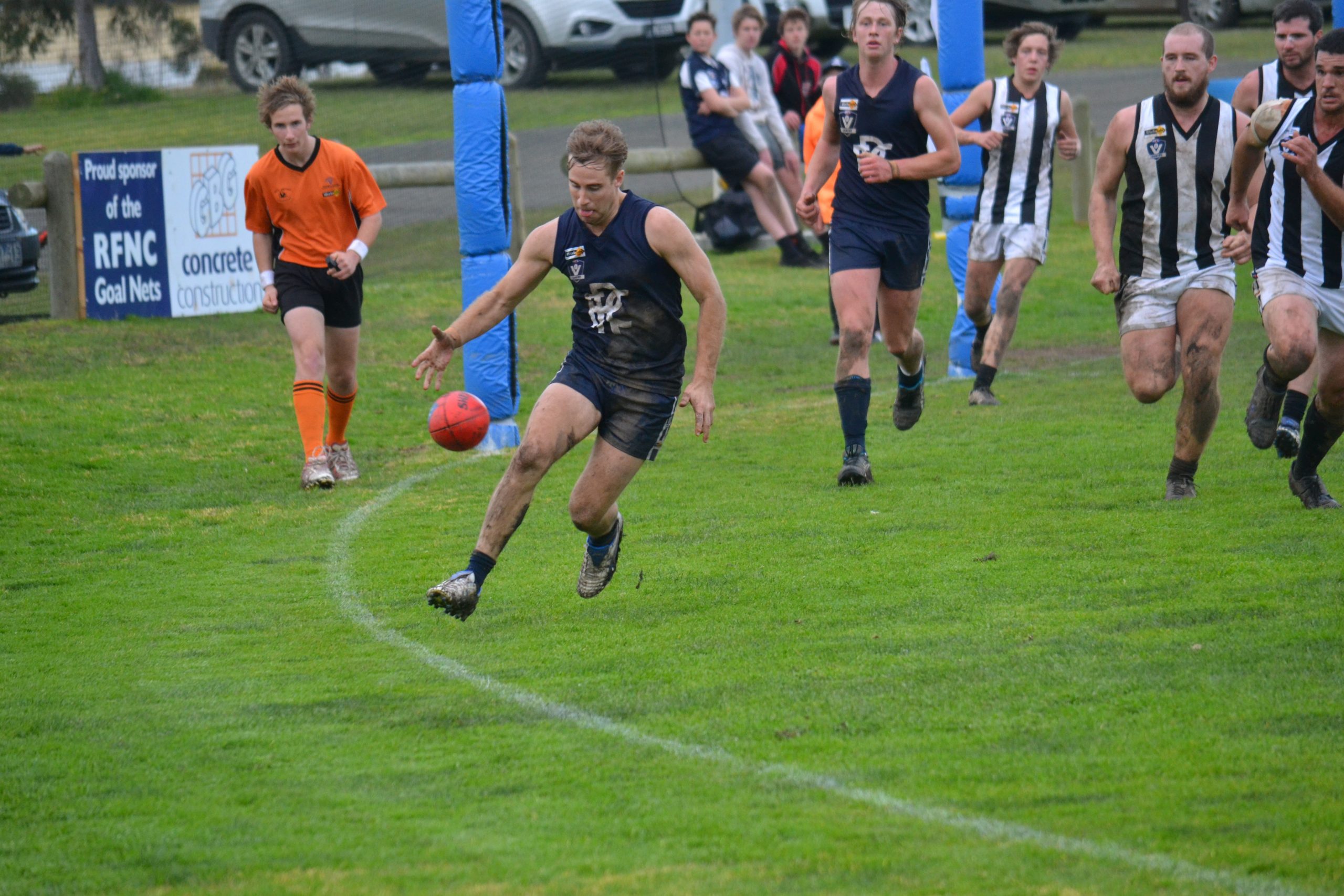 The Cougars kicked the last six goals to win by 10 points and knock the Demons outside the top five.

Yarram held a four-point lead at the first change before drawing the margin to 19 at the long change. Andrew Kiely and Justin Staley were the key targets in front of goal for the Demons.

The third term was an old-fashioned tussle with both sides only managing to add a major each as the Demons appeared to have the momentum going into the final term.

With their finals aspirations on the line, the reigning premiers saved their best till last, slamming home six majors to one in the final stanza to almost double their score from the first three quarters, winning 12.8 (80) to 9.16 (70).

The goals for the Cougars came through Nick Campbell, Leigh McDonald and Brendan Holt, with captain Chris Williams superb.

Leading by 10 points at half-time, the Bombers then felt the effects of the Bulldogs during a dominant third term which proved to be the difference in the 17.10 (112) to 15.5 (95) score line.

The final term was a shoot-out with the sides exchanging blows on the scoreboard. The Bombers rallied to outscore City six goals to five, but it wasn’t enough.

The Blues’ goals came through nine players with Jeremy Reid (four) and Corey Beaver (three) the next best to Tatterson.

Adam Diamond continued his solid form, with Chris Wangman standing out for the Magpies.

The win elevating last year’s grand finalists back into the top five.

Leading by seven points at the first change, the Kangaroos, through best-on-ground Kodie Woodland, then put the foot down. The visitors scored 7.4 to one goal during the second term to take a commanding nine-goal lead into the main break.

With their finals ambitions on the line, the Kangaroos didn’t falter. James Beha, Jordon Stubbe, Jesse Bedggood and Woodland were among the main antagonists in front of goal.

The second half continued along the same vein with Heyfield out-scoring Woodside 14 goals to three to run home comfortable 127 point victors.

Held goal-less while conceding five majors in the first term, the Tigers fought back with an eight-goal to one second quarter to take a 15-point lead into half-time.

Jordan Sandy was the star of the quarter, kicking six goals on his way to 10 for the match. Sandy accounted for two opponents in the match.

Tom Brennan was superb in mopping up the loose ball and cutting off the Saints’ delivery into their forwards, combining well with full back Brent MacFarlane.

Ruckman Al Jenkins continues to evolve, while Brendan Solomon led from the front in the engine room.