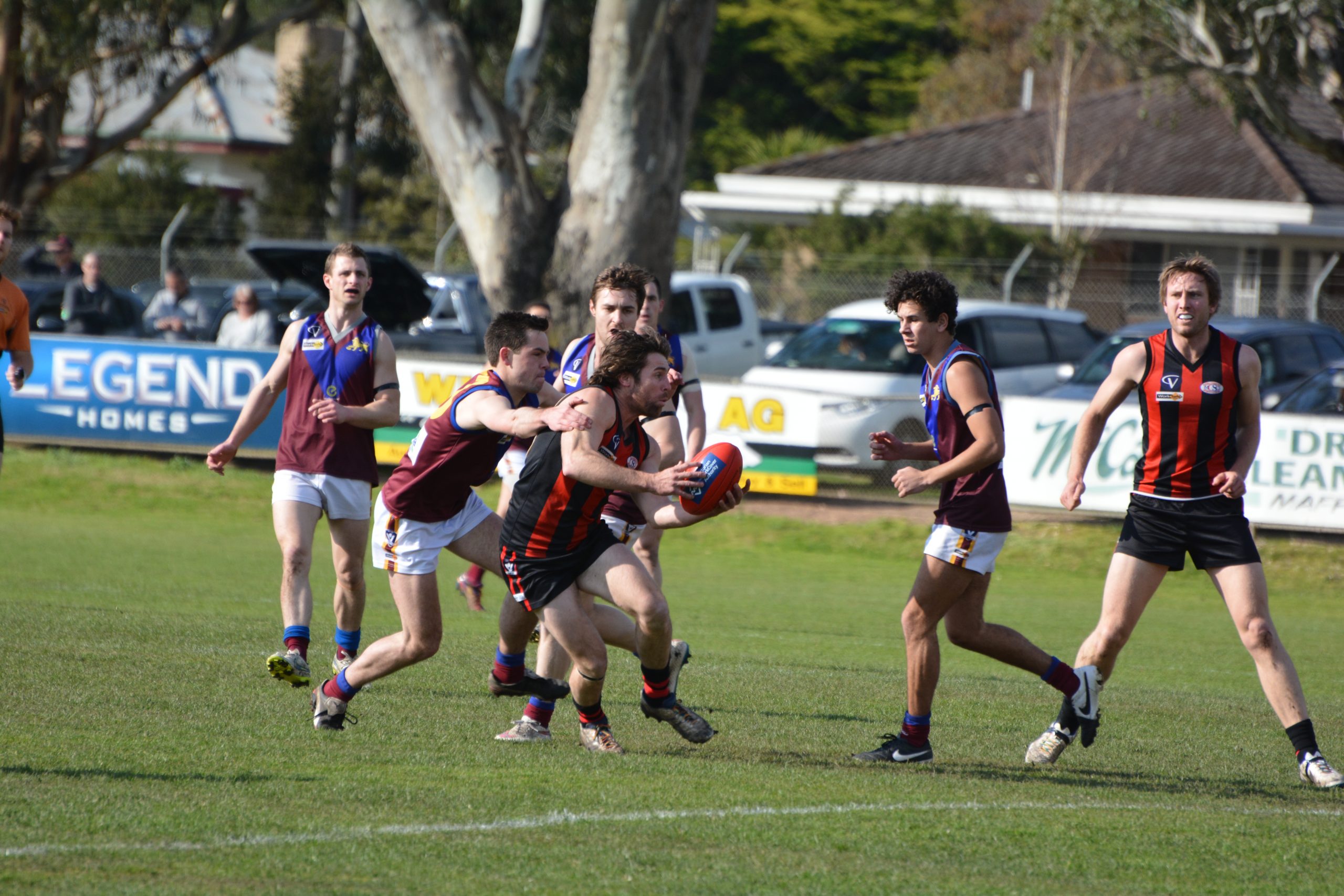 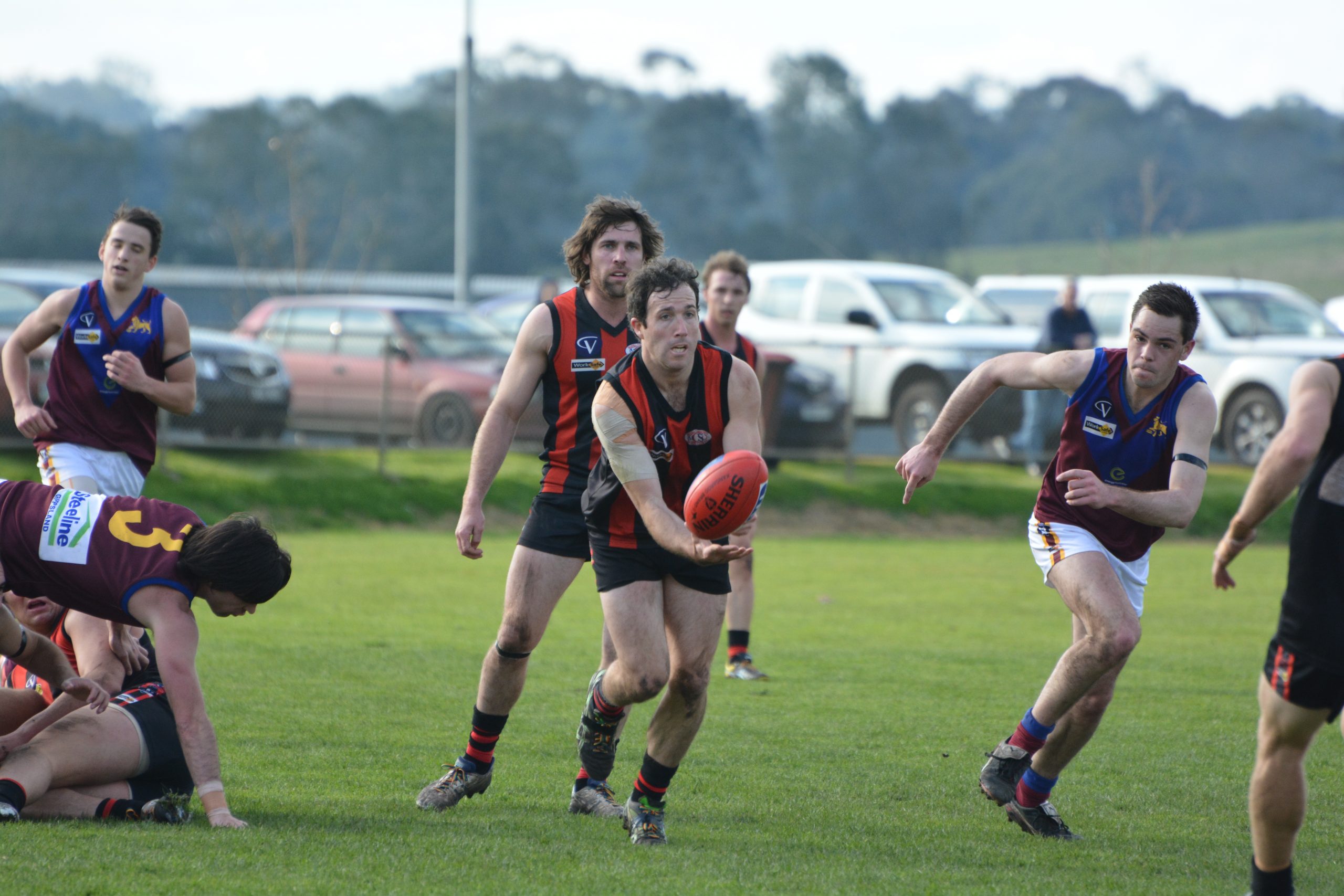 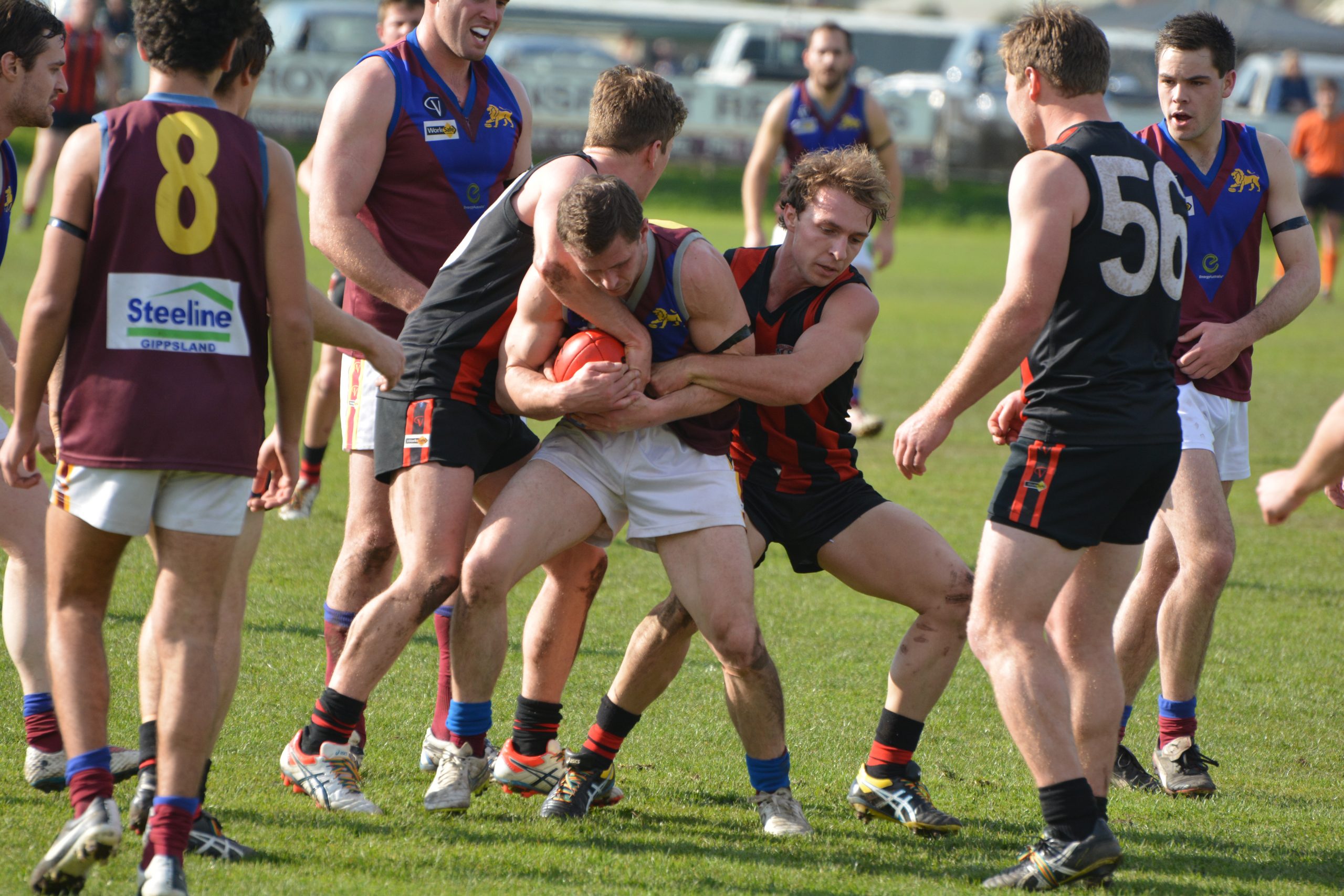 GIPPSLAND League football leader Maffra did enough to account for Moe at home on Saturday.

As expected, the Eagles comfortably defeated the Lions, 18.16 (124) to 10.5 (65), but there is still room for improvement as they embark on another finals campaign.

The Eagles, missing Danny Butcher, Michael Coleman, Sam Walker and Trent Knobel, allowed turnovers to slip into their game and at times kicked to the wrong option in attack. A repeat of those against the top sides, such as Traralgon, who the Eagles meet next week, could be punished severely.

It was when Maffra played its best football during the third term, kicking seven goals to two, that it killed off the contest.

With the Eagles leading by 88 points at three-quarter-time, the visitors had the better of the final term, kicking seven goals to two.

The 49-point win keeps the Eagles a win ahead of second-placed Leongatha with three rounds before the finals. The victory also sealed a top three spot and the double chance during the finals.

Gary Jones and Darren Sheen each finished the match with four goals for the Eagles, while Jake Roe-Duggan booted three.

Kel Porter was pivotal in the Eagles’ dominance on the ball and in the centre, working well with ruckman Brent Connelly, who was playing his 100th game for the club.

Dan O’Brien and Roe-Duggan provided a spark in attack, while Joel Lambourn and James Read, in his return to the senior side, were strong in defence.

Tom Long and Jacob Wood were best for the undermanned Lions.

With Adrian Burgiel coaching from the sidelines, Mark Engley and Aiden Vesty kicked three goals each for the visitors.

IN the only other Gippsland League match last weekend, Leongatha recorded a 137-point win over bottom side Warragul.

Jake Best starred for the Parrots with 10 goals, while Cade Maskell managed four.

The home team dominated from the outset and held the visitor score-less until the second term.