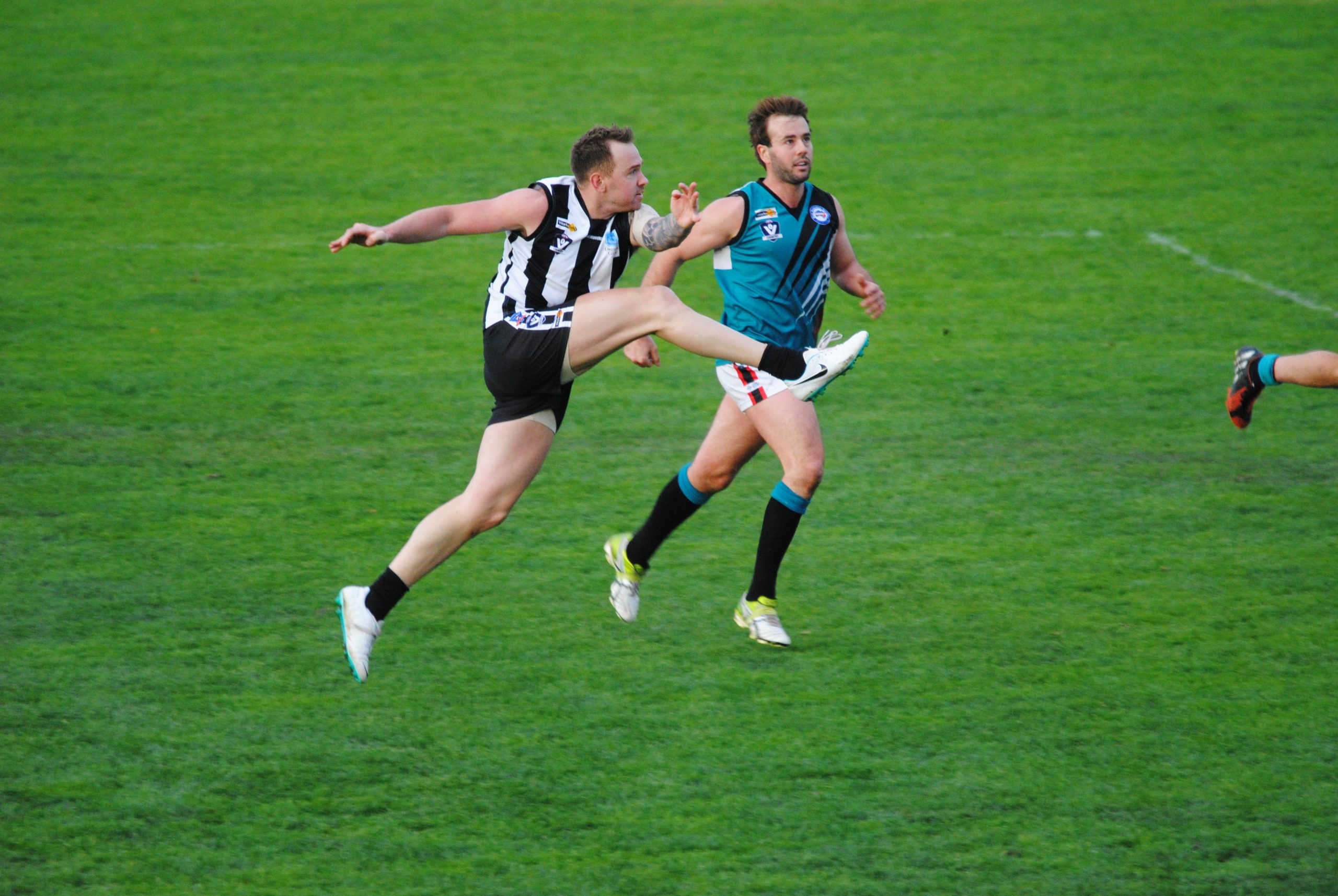 Despite having had less scoring shots at half-time, the Magpies took a nine-point lead into the long break which they managed to extend to 25 points at the final change.

A five-goal to one final term blew the final margin out and ensured Sale maintained their percentage buffer over Morwell and Drouin, the only two teams who can challenge it for a finals spot.

While Gram led the way for the Magpies, he was ably supported by John Gooch and best-on-ground Chris Laverty, who both booted three majors.

For Warragul, Nick Stephenson was their only multiple goal scorer with four majors, while Amburupa Uliando was their best.

With matches against Maffra and Traralgon to round out the season, the result all but secured the wooden spoon for the Gulls.

Sale may be able to secure a spot in September if it can defeat Moe this weekend, providing other results go the Magpies’ way. However, winning their final two games is the only way to definitively secure a berth in the first week of the finals, something that would be a great result in Travis Ronaldson’s first year as coach.

THE might of Leongatha was on full display on Saturday as it coasted to a 112-point win over the lowly Moe.

With Maffra losing at Traralgon, the Parrots seemingly secured the minor premiership in the process of their 22.20 (152) to 6.4 (40) victory.

The match between second and second last was essentially over by half-time, as the Parrots booted 12 goals to one to take a 73-point lead into the main break.

Leongatha continued its dominance around the ground in the third term, with Moe fortunate their opponents were unable to make the most of their opportunities as the Parrots kicked 2.8 for the quarter.

Jake Best kicked a game high five goals for Leongatha and was supported by Cade Maskell and Nick Nagel, who combined for seven majors. Zak Vernon was dominant around the ground throughout the day and was the Parrots’ best.

For Moe, Mark Engley kicked two goals to be their only multiple goal scorer, while Tom Long was a shining light in a tough day at the office.

With scores level at quarter-time, the Tigers kicked seven goals to three in a high scoring second quarter to lead by 26 points at the long break.

Bairnsdale kicked back to within 15 points at the last change but was never able to overrun the home side.

Adam Wallace was the Redlegs’ best, while Nathan Dennison led the way with three goals.

WONTHAGGI bounced back from last round’s loss to Traralgon to defeat Drouin by 40 points at home.

Spearheads at either end of the ground were showing the way for their respective sides, with Adam Cook kicking six goals for Wonthaggi and Ben Hughes doing similarly for Drouin.

Having lost to the Hawks by just one point when the two sides met earlier in the year, the home side was desperate not to let their opponents get too close at any point throughout the day.

The Power extended the lead at every change to clinch a vital victory and keep alive its slim hopes of finishing top three.