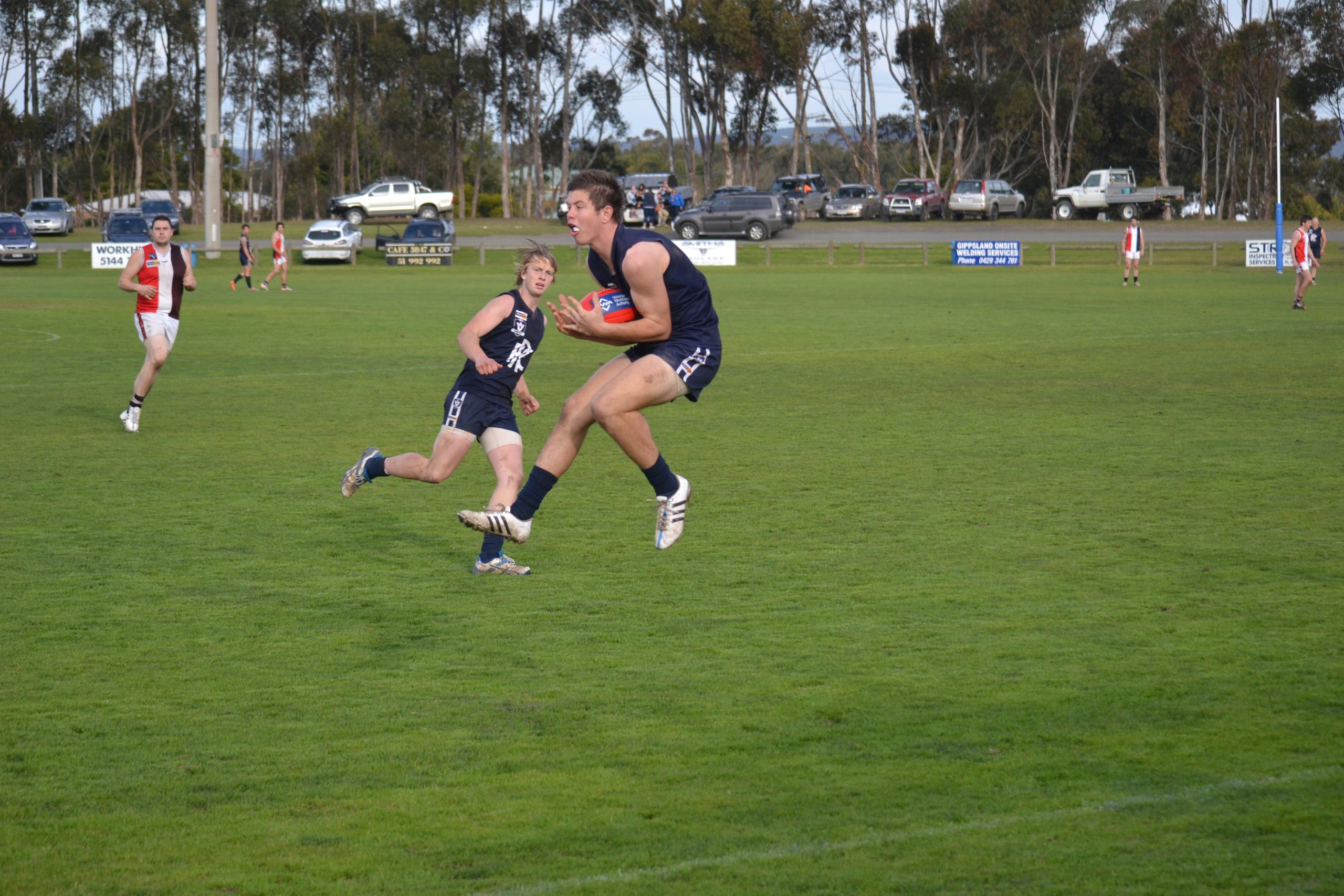 The win secured the Blues the North Gippsland football minor premiership and the week’s break to begin the finals.

Leading by 38 points at half-time, the Blues booted six unanswered majors in the third term to take a 10-goal lead at the final change. The home side extended the margin to 82 by the final siren.

Dale Fleming led from the front and was well-supported by Adam Diamond. The pair was instrumental around the contests.

Ben Macreadie provided Rosedale with first use of the ball with Jack Tatterson (six) and Jeremy Reid (three) influential in front of goal.

FOR the second year running, Yarram has just missed out on a place in the finals.

Needing to defeat Sale City at home on Saturday or have results of two other key contests fall in their favour, the Demons lost 15.21 (111) to 13.12 (90). Wins to Heyfield and Churchill relegated the Demons to sixth place for the second successive season.

Inaccuracy hampered both sides in the first term, with an incredible 12 behinds scored without recording a major. As the contest settled, the Demons found their way in front of goal, kicking five majors to one in the second quarter.

The Bulldogs, through Nick Grainger, ate into the Demons’ 23-point half-time lead, taking a one-point lead into the final change.

Despite several changes to the line up, the visitors weren’t hampered. Brad McKay and Jake Milham benefited from City’s run from half-back, Grainger kicked seven goals, while Mitch Bennett warmed to the task.

CHURCHILL secured a berth in the elimination final with a 116-point thumping of Glengarry.

The visiting Cougars booted four goals in the opening term, with a further eight in the second to extend their lead to 56 points by the long change. It didn’t get any better for the home side during the third term, with James Allan, Leigh McDonald and Brendan Holt on song in front of goal, and Chris Williams and Dean DeGroot dominating play as the Cougars added eight majors.

Leigh O’Mara was the best player for the Magpies, who finished the season without a win.

A 12-GOAL haul from Jordon Sandy was one of the highlights of Gormandale’s clinical crushing of Woodside.

In Luke Henderson’s final match as coach, the Tigers struggled to shake the visitors early during a tight and physical opening term. The shoot-out at both ends of the ground was courtesy of Sandy and Wildcats captain Ryan Foat.

The contest opened up in the second term with a barnstorming eight-goal to three stanza handing the Tigers a 32-point buffer at the long break.

A strong third quarter showing by the Wildcats set the tone for an entertaining final quarter as the visitors reeled the margin back to two straight kicks. Coach Daniel Risol and Dylan McLachlan were the main architects in the Wildcats’ revival.

Sandy was sublime, marking all that came his way, his dozen majors coming after a bag of 10 a fortnight ago. Midfielder Brendan Solomon stood-out, Tom Brennan went to work and Jaryd Gilroy was instrumental in the ruck.