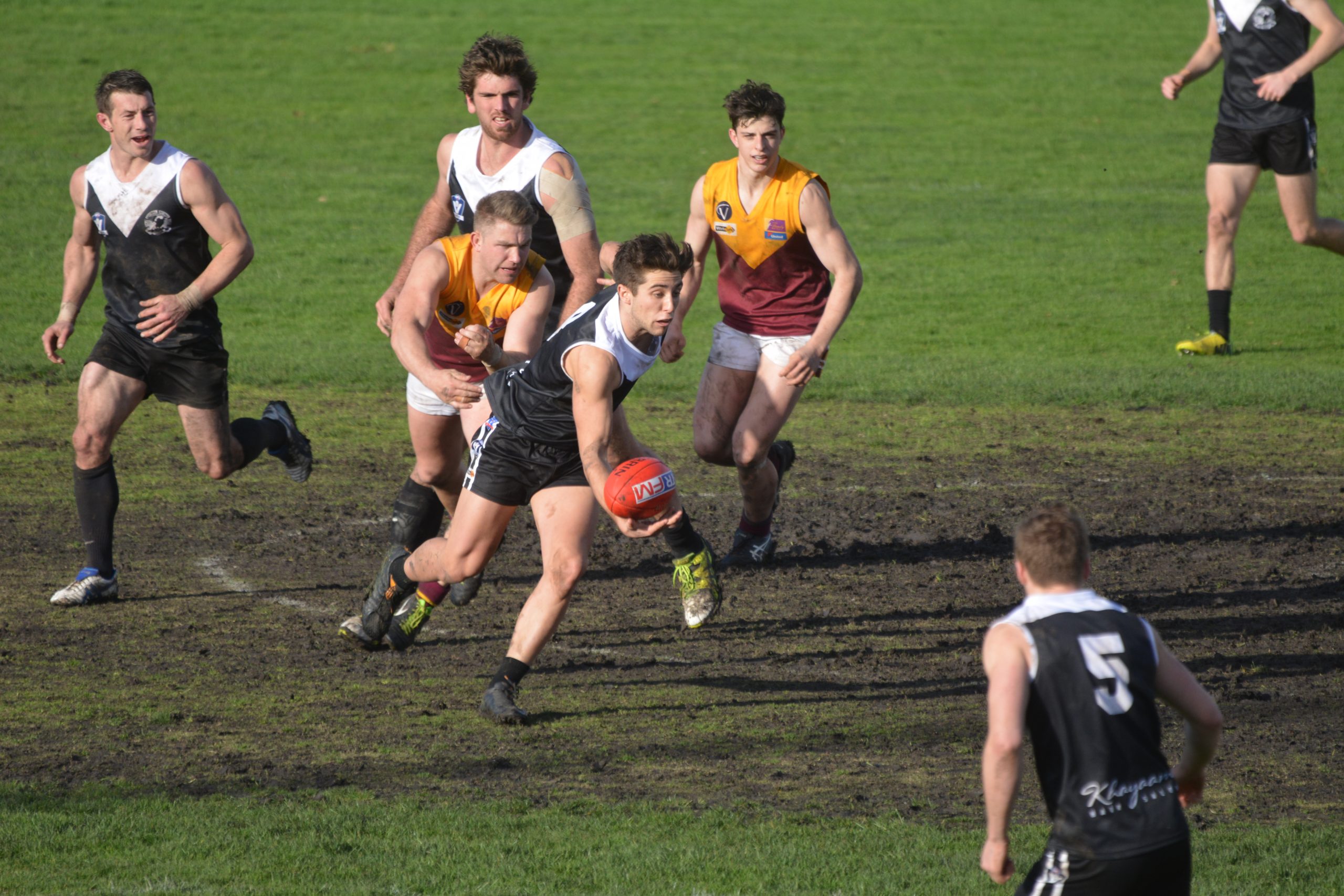 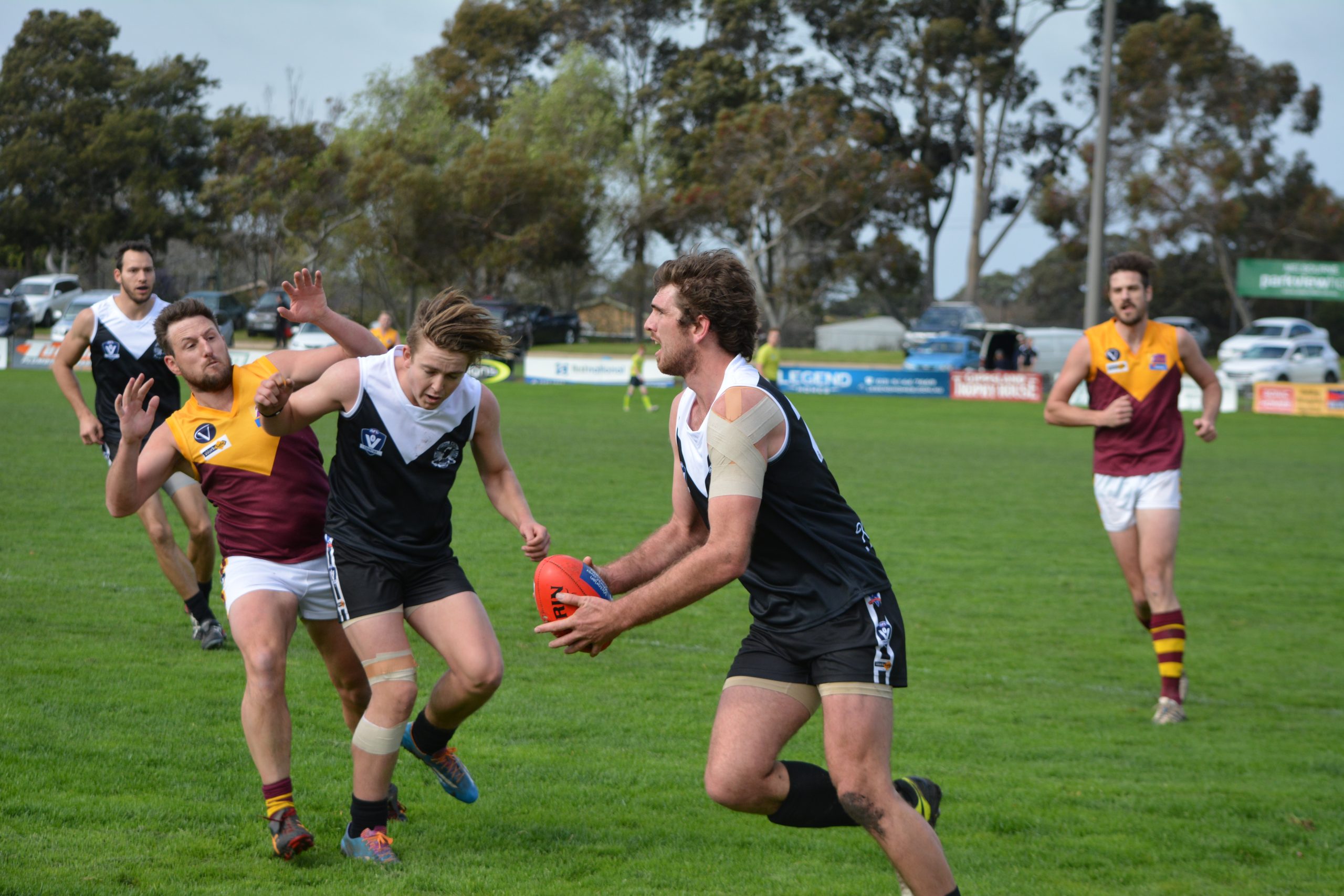 SALE will enter the Gippsland League football finals in strong form after scoring a fighting 24-point win over Drouin on Saturday.

The Magpies were wearing heritage jumpers, replicas of what the club wore during the formative years of the Latrobe Valley league in the 1950s.

Former St Kilda star Jason Gram booted five goals for the Magpies in the win, while midfielder Justin McLay was a clear best-on-ground.

Despite leading at every change, Sale never looked as though it was assured of securing the victory.

When Drouin’s champion ruckman Bob McCallum took a strong chest mark inside 50 and slotted a goal right on the three-quarter-time siren to reduce the margin to one-point, the game was there for the taking for both sides. However the Magpies took their game up a level in the final term, playing some of their best football for the season.

With the game on the line, McLay engineered a centre clearance and hit Chris Laverty on the lead. Laverty booted the first of the Magpies’ final quarter goals.

Gram completed his bag of five with one of his trademark long range goals minutes later before Lachie Ronchi turned defence into attack to join the party not long after.

Brad Dessent’s booming shot just cleared the hands of Drouin defenders to give the Magpies their fourth for the term, with two late majors securing the win.

For Drouin, Ben Hughes kicked five goals, while McCallum was dominant around the contest and inside forward 50. Liam Axford and Dan Nicholls also put in strong performances for the Hawks, who despite missing the top five have improved significantly on their winless season from last year.

Even with a finals berth secure, Sale appeared desperate to go into next weeks elimination clash with Wonthaggi in good form. If their recent form is anything to go by, the Magpies are in with a big chance this Sunday.