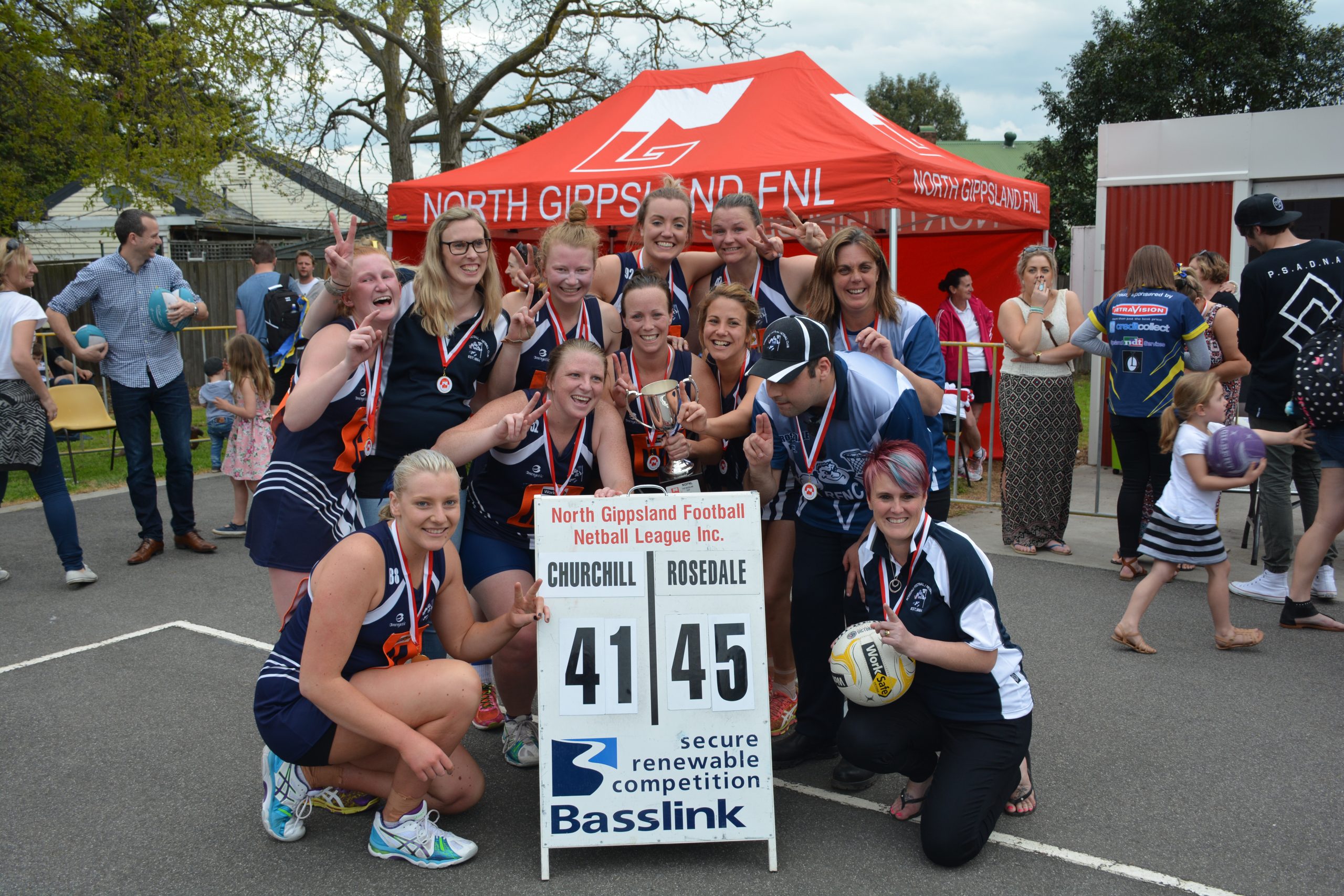 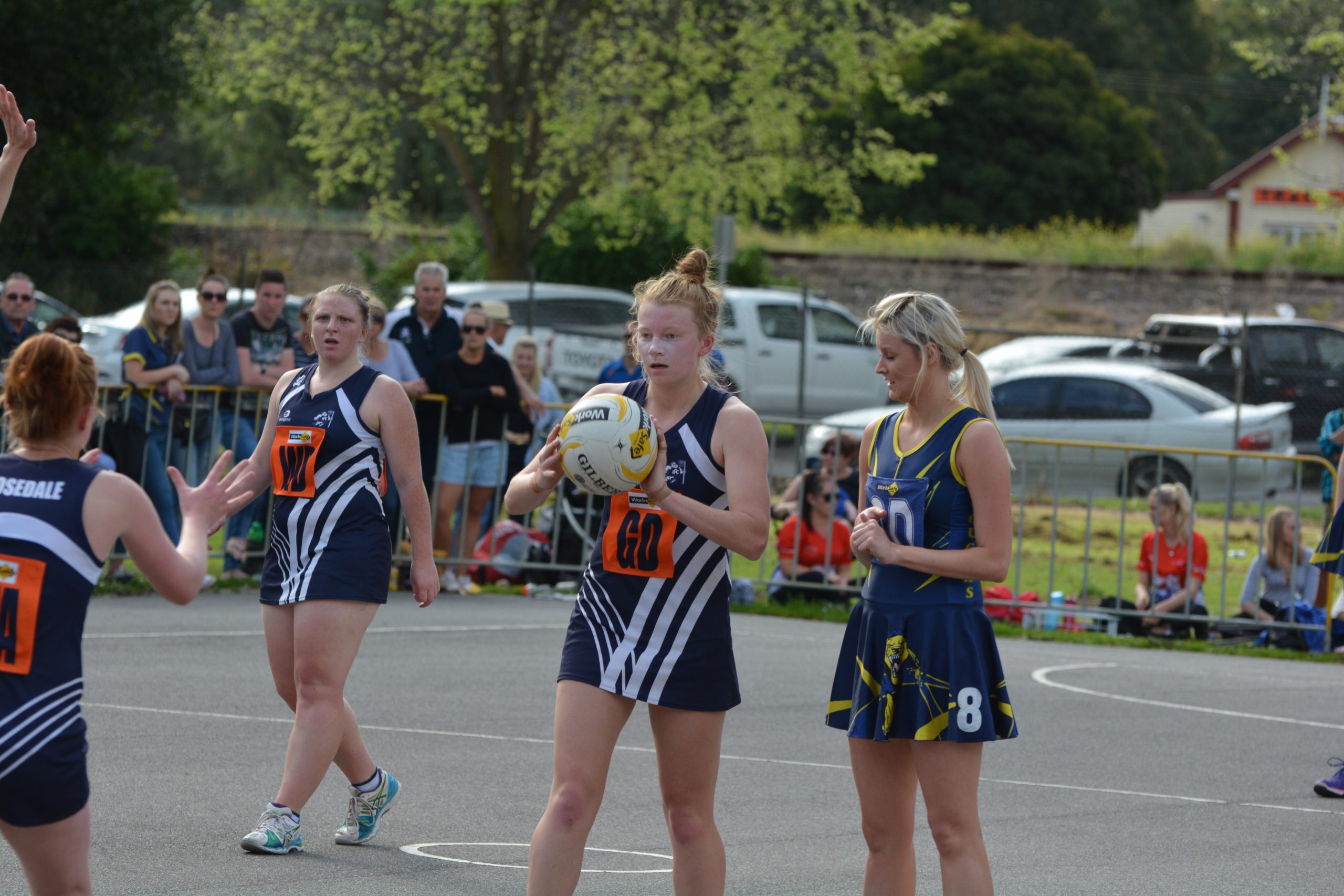 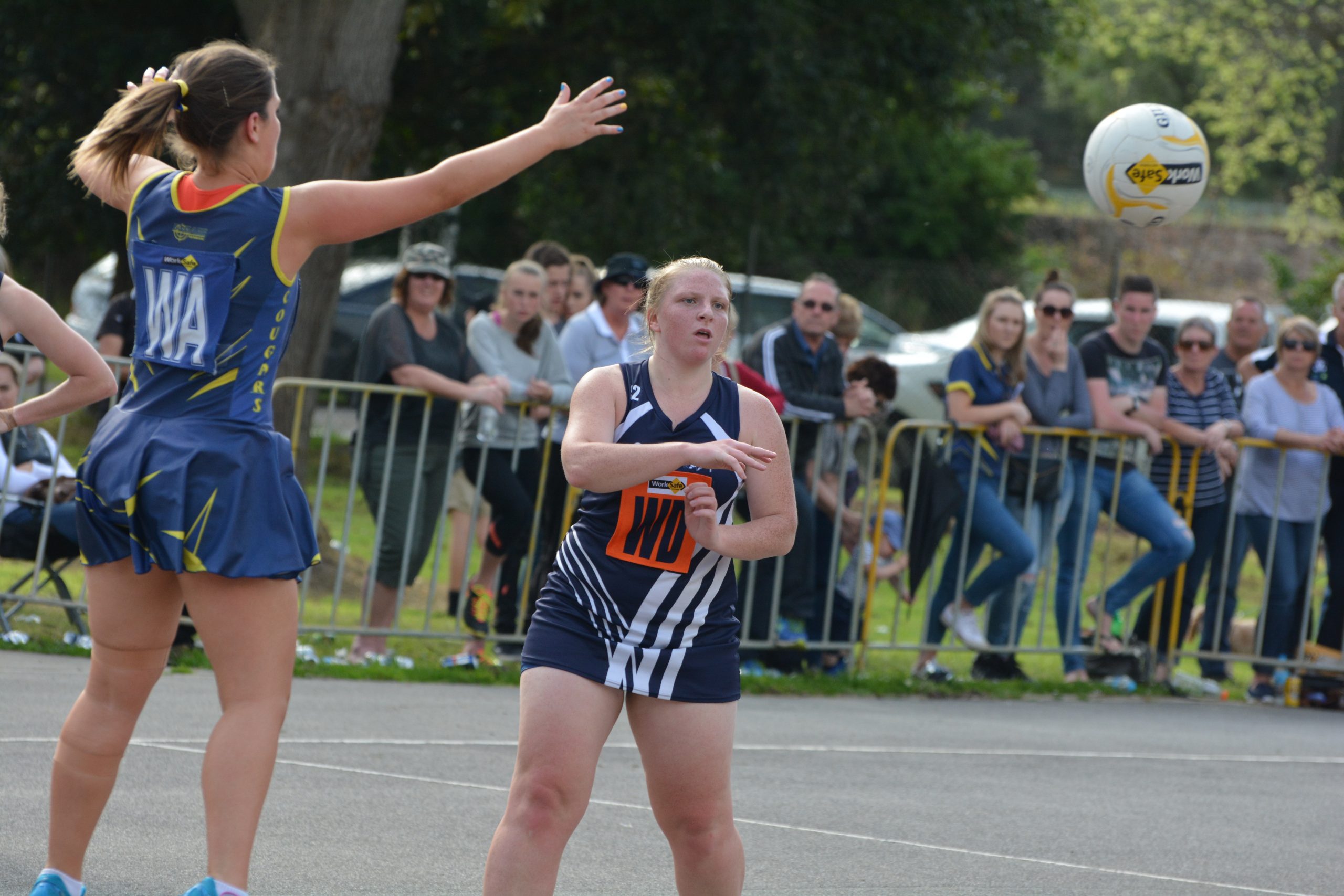 The Blues defeated Churchill 45-41 in an enthralling battle in Traralgon on Saturday.

Rosedale’s attack on the title was set-up by the staunch defensive pressure of Amy Harrison, who was named best-on-court. Harrison’s quick feet and ball movement setting the Blues’ goalers up in attack.

Having to take the long road to the B grade grand final, Glengarry proved it wasn’t overawed on the big stage as it held strong to defeat Heyfield 45-41. Magpie Tayla Loprese was named best-on-court.

The B grade defeat was the only defeat for Heyfield on the day, with the Kangaroos’ C grade and under 15 sides tasting premiership success.

The Kangaroos’ C grade side completed an undefeated season. Woodside was no match for the Kangaroos, who won 71-36 with Amanda Tyquin adjudged best-on-court.

In the under 15s, Heyfield’s Jaz Schellen topped off a stand-out season when she was named best-on-court, adding to her league best-and-fairest award, in her side’s 33-22 victory over Woodside.

In the under 17s, the physicality of Traralgon-Tyers United gave it the edge over Yarram, winning 43-31 with Samantha Labros awarded the best-on-court medal.