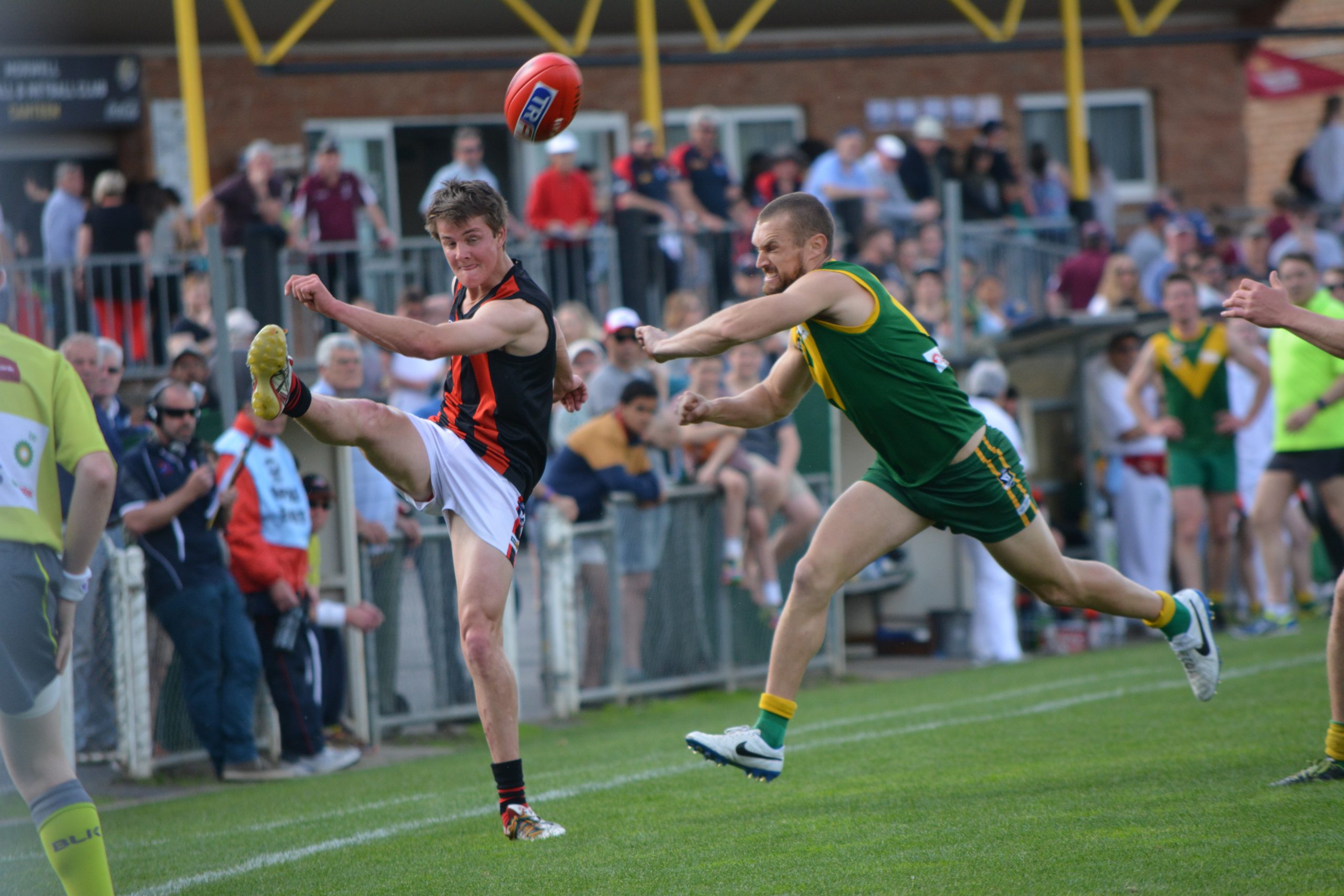 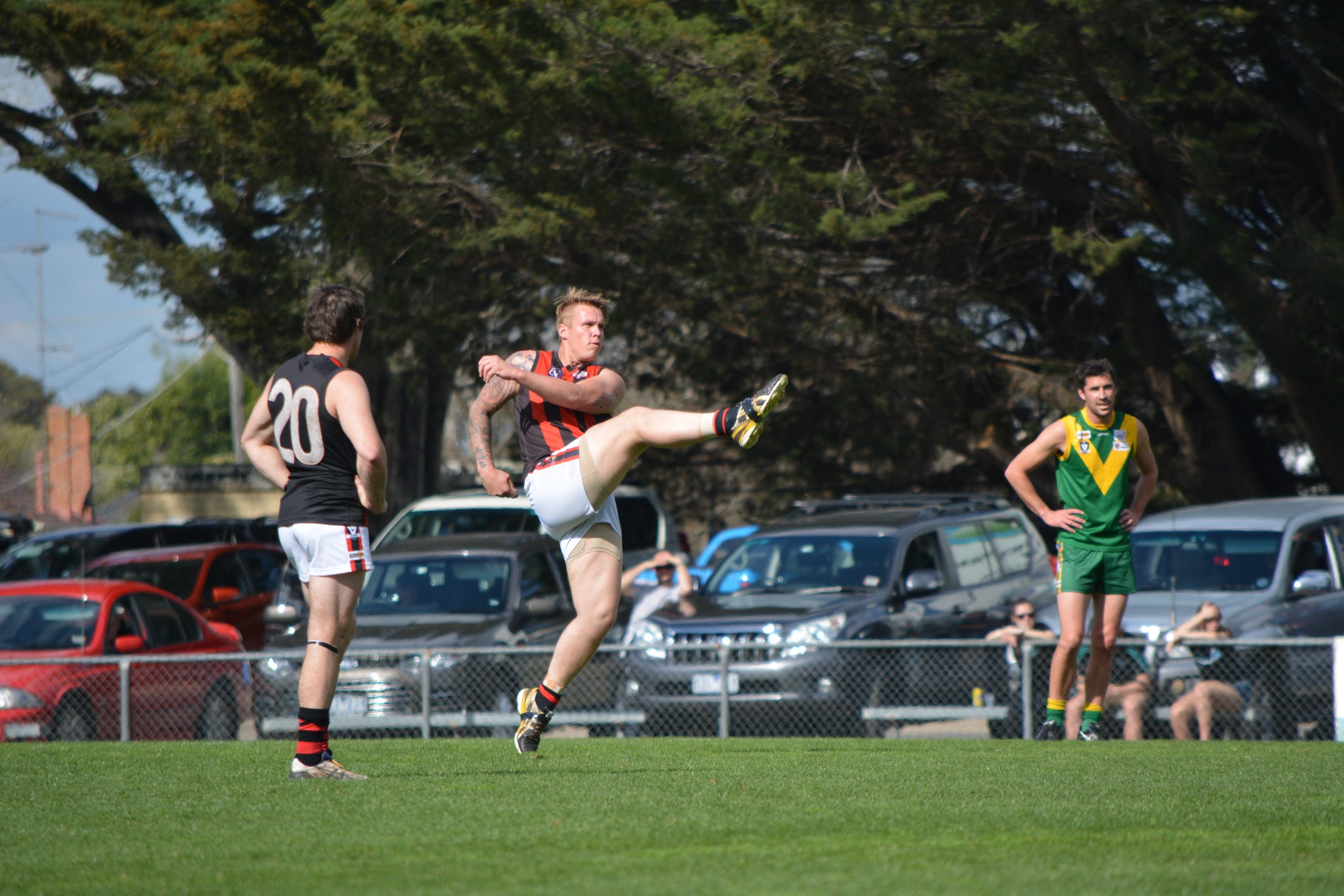 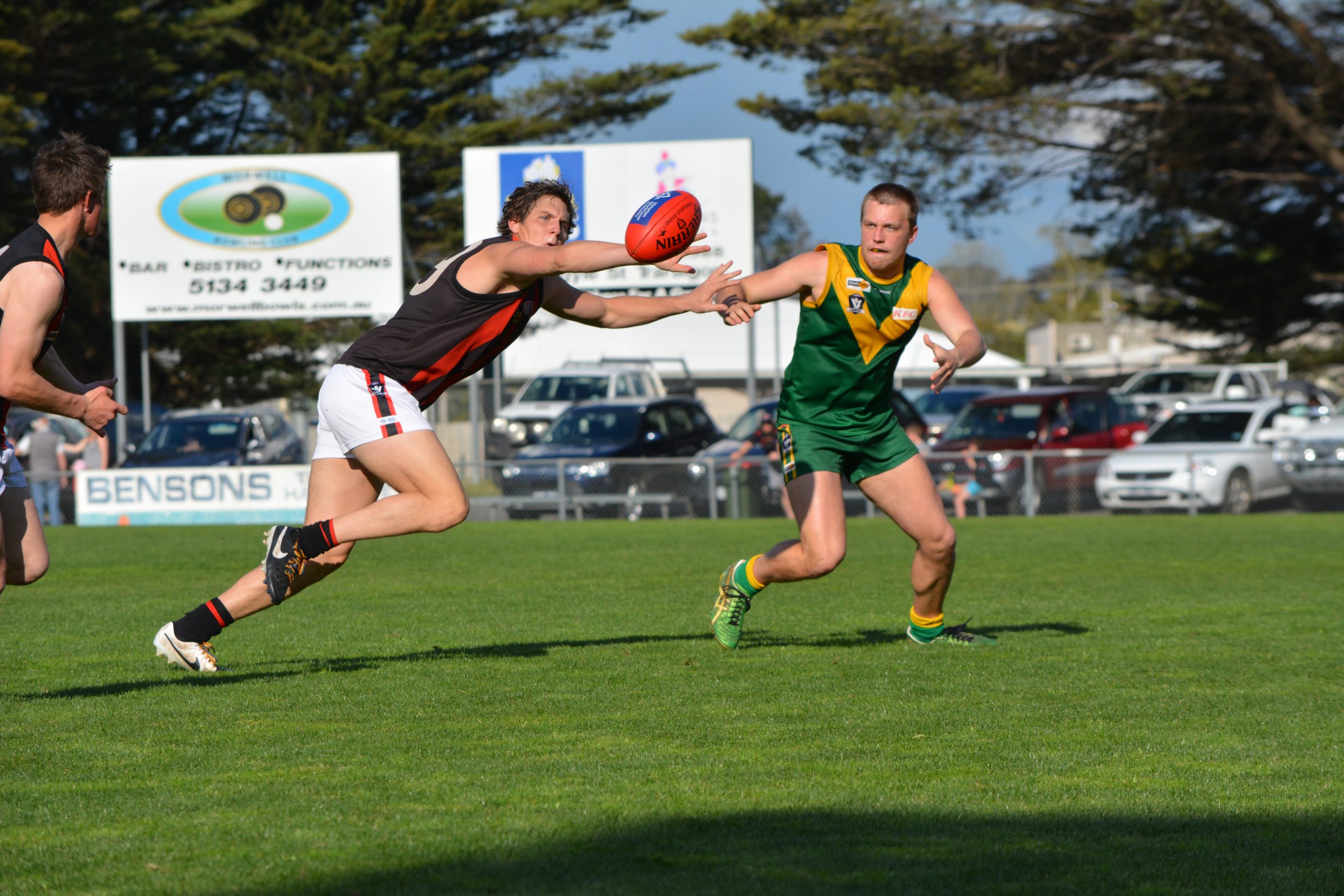 RELATED: Traralgon to play in all football grand finals

In the preliminary final at Morwell, Leongatha jumped out of the blocks in the first quarter with seven goals to one, with the Eagles needing to pull off a miraculous comeback for the second week in succession.

Despite the Eagles posing somewhat of a fight back throughout the third quarter, the damage done early proved too much to overcome as the Parrots progressed through to the grand final with a 19.9 (123) to 10.18 (78) victory.

Pre-match, one of the deciding factors for the match looked set to be the damage that could be inflicted by each teams key forwards, with Maffra possessing Darren Sheen at one end and league leading goal kicker Jake Best standing at the other end.

After a slow beginning to its semi-final against Wonthaggi, Maffra got off to a much better start this week, opening the scoring with a goal to Sheen. But that was as good as it got for the Eagles for the next one and a half quarters, as the Parrots went on a goal scoring rampage.

Not to be outdone by Sheen’s opening major, Best responded almost instantly at the other end. The star forward kicked the next three majors of the match to put the Parrots in front and set the tone for the match.

Not to be outdone by their teammate, Leongatha’s other key forwards Aaron Hillberg and Cade Maskell combined to kick the next four goals between them.

The Parrots kicked the next seven majors after Sheen’s opener to take a 35-point lead into the first break.

The Parrots didn’t relent after quarter-time, booting the first goal of the second term as their ability to move the ball with ease and switch quickly to open space caused havoc for the Maffra defence.

Needing to change their game plan urgently if they were to have any chance of making a comeback, the Eagles began to focus on maintaining possession and reducing the amount of turnovers.

Led by captain Sam Pleming and the midfield work of Jake Roe-Duggan and Kel Porter, the Eagles wrestled back the momentum. Depsite dominating for a large part of the second term, their inability to efficiently use the ball moving forward proved costly, as they kicked 1.6 for the quarter.

With coach Wayne Butcher preaching to his troops at half-time that the game was still up for grabs, the Eagles finally began to create some scoreboard pressure in the third term. After an even beginning to the quarter, goals in quick succession to Sheen, Kade Renooy, Brent Connelly and Trent Knobel had the Eagles only 20 points adrift at the final change.

That margin could have been further reduced had Connelly and Knobel been able to make the most of opportunities in the final minute of the quarter.

Taking confidence from last weekend’s miraculous comeback against Wonthaggi, the Eagles clearly believed they were still in business. They opened the final term again with the best of the opportunities, however their inability to convert those opportunities into goals turned out to be their downfall.

At the other end of the ground, everything the Parrots touched turned to gold. With the game all but over in the final term they piled on seven goals to set up a clash with Traralgon this Saturday.

With six goals for the day – the majority of which came when the game was on the line – Best was just that for his side. He was well-supported by Maskell and Hillberg up forward, while Tas Clingan and Zach Vernon won plenty of the ball through the midfield.

For Maffra, Sheen finished with four goals, while Pleming led the way across half-back and Tom Jolly worked hard for all four quarters.

The loss brings to an end a season which held much promise for Maffra, which was unable to replicate the form which saw it finish the year in second place on the ladder, when it came to September.

Leongatha also looks set to be boosted by the return of Aaron Heppell to the lineup this weekend, after Essendon’s loss in the VFL on Sunday. The midfield gun will add plenty of grunt to an already potent engine room, which will go head-to-head with the star power of Traralgon in an exciting grand final clash.