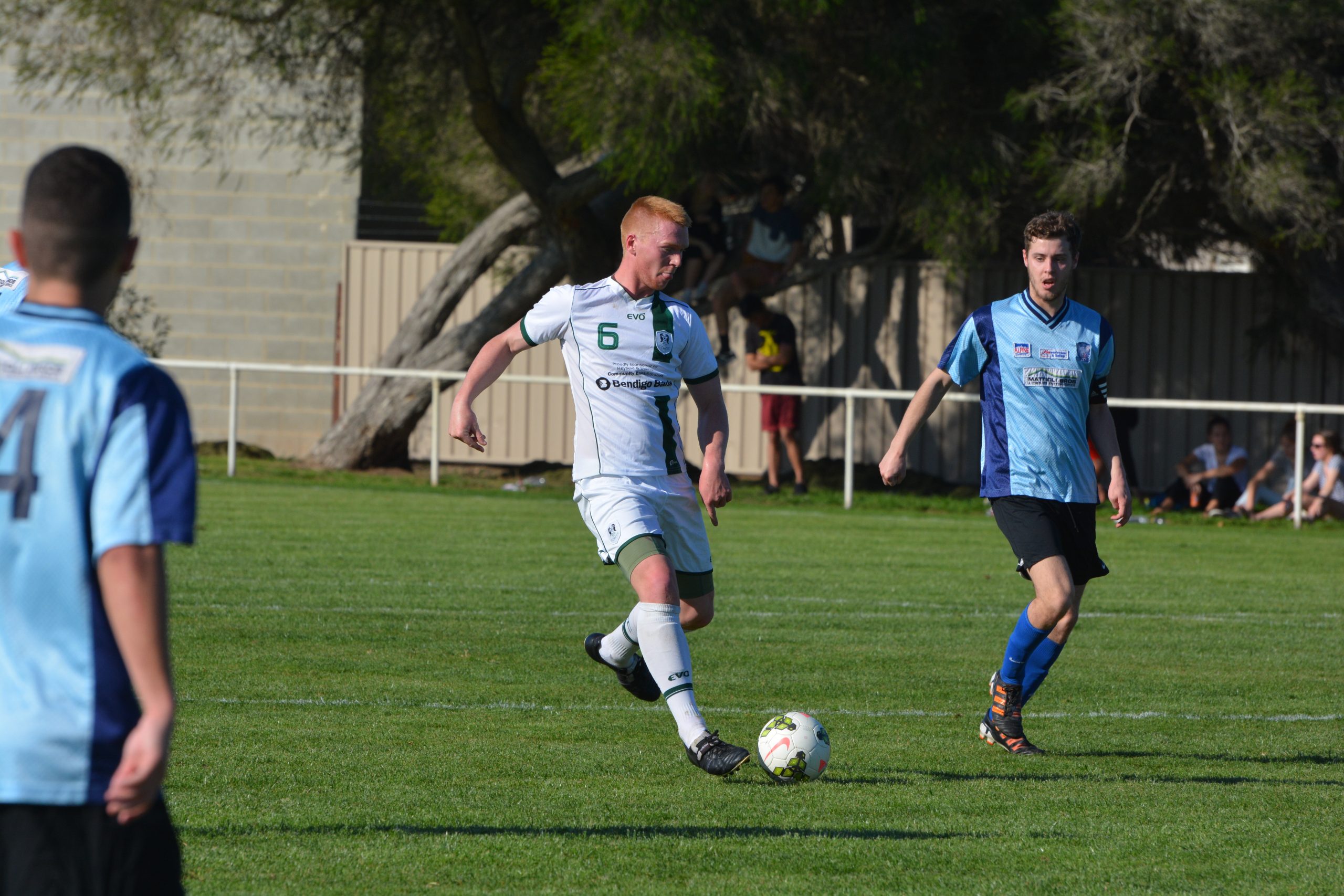 Two points ahead of second-placed Falcons, which had the bye last weekend, the Swans could claim the championship with a victory against Newborough-Yallourn United on Saturday in the final round.

The match at the Godfrey Baldwin reserve, beginning at 3pm, will be the only senior GSL game on Saturday.

A draw or defeat to the fourth-placed Newborough-Yallourn will create a nervous wait for the Swans as they will hope for a positive result to come from second-placed Falcons’ match against lowly Morwell Pegasus on Sunday.

If Swans draw on Saturday, Falcons will have to defeat Pegasus on Sunday and make-up a goal difference of 12.

Defeats for Sale and Falcons would leave the door ajar for Moe to claim the silverware. Hosting fifth-placed Fortuna on Sunday, the Red Devils will have to make up a gap in goal difference, compared to Sale, of seven.

In Bairnsdale on Sunday, the Swans scored two goals in the first half before pressing home their advantage after the break, adding four goals.

Robbie Stephen scored a brace with a goal each from Ash Ross, Tommy Nguyen, Kristian Phillips and Nick Buckhoreelall.

Nguyen scored in his first game for the Swans since July.

The Swans’ opponent this Sunday, Newborough-Yallourn, is coming off a 3-2 loss at home to Olympians.

Monash won a 10-goal thriller against Fortuna, 6-4 in Morwell.

Trafalgar Victory defeated Pegasus 3-1 at home, while Churchill United had a 2-1 away win against Tyers.

In other matches this Sunday, Monash will host Tyers, Trafalgar will travel to Churchill, Olympians will welcome neighbour Traralgon City and Moe will host Fortuna.

East Gippsland will have the bye.

FALCONS has already claimed the reserves premiership, leading Sale by five points heading into the final round.

Olympians will collect the second division trophy on Sunday. The Traralgon-based side is 12 points ahead of second-placed Sale.

TYERS completed a second successive women’s premiership and championship double with a 2-0 victory over Traralgon City in the grand final on Sunday.

Tyers, which has lost just once in the past two seasons, will turn its attention to retaining the Browne-Huizer Trophy against Monash on October 4.