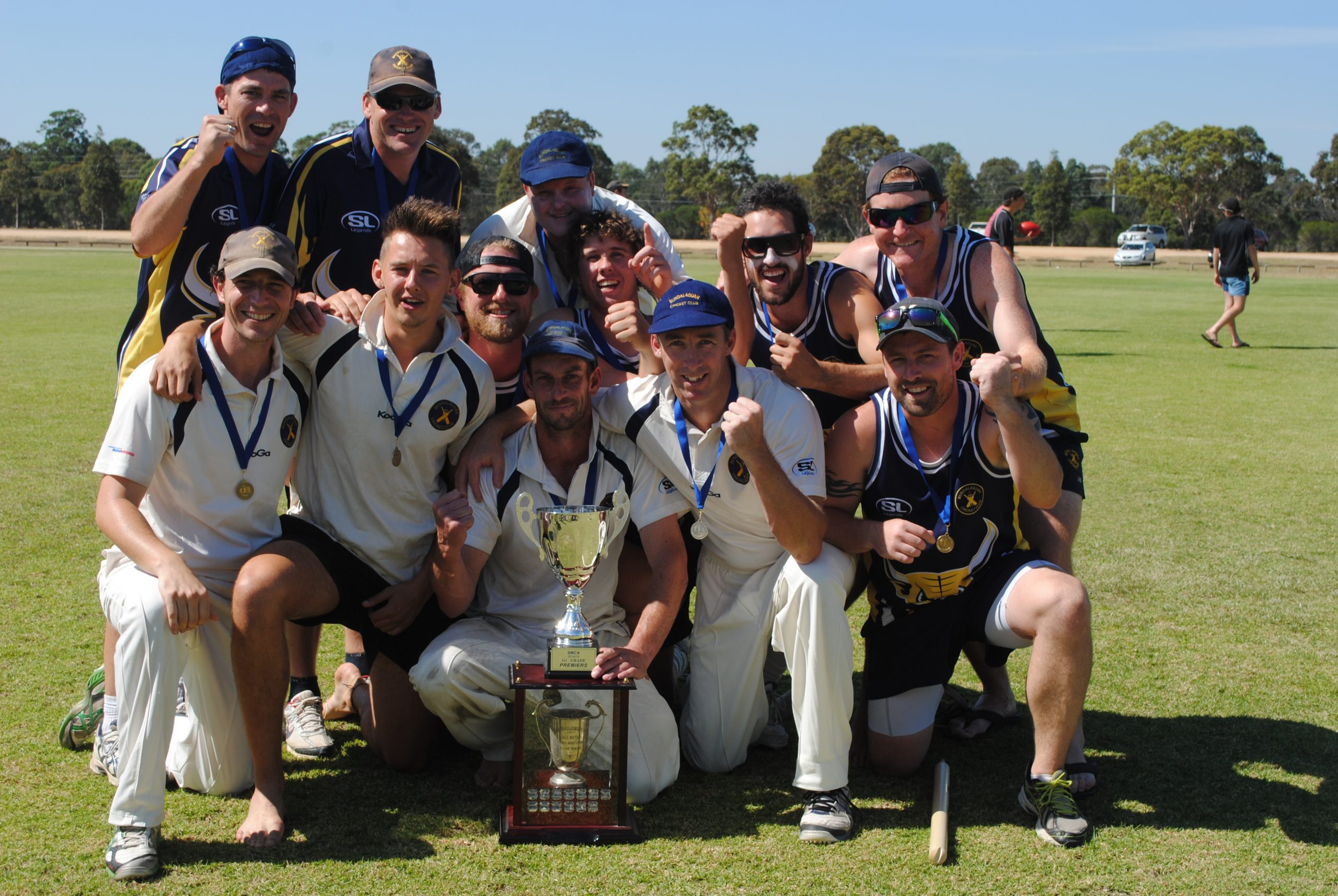 After setting such high standards last season, how can Bundalaguah follow up its clean sweep of senior premierships?

Can Sale consolidate its form of last season and take the next step?

Without Jack Tatterson, can Stratford overcome the disappointment of last season?

Can Tatterson lead Collegians back into the finals?

Can a young Maffra side charge back into the top four?

Will Sale City’s return to the Longford name bring a change of fortune?

THE game of round one tomorrow will be the rematch of last season’s grand final at Bundalaguah, with the Bulls hosting Sale.

The Bulls had arguably the most successful season in SMCA history last season, winning all four senior grades.

The Bulls have retained most of their first grade side for this campaign and must be among the title favourites again. However, with Aaron Lynch heading to Toongabbie and Englishman Karl High not returning, there will be opportunities for the club’s younger bowlers to step-up.

The Bulls were potent with bat and ball last summer, scoring the most runs and taking the most wickets.

Ben Saxon and Nathan Massey were included in the SMCA team of the year, while captain Matt Dowsett came second in the cricketer of the year award.

Sale proved it was more than veteran Ian Wrigglesworth, with many players, including younger ones, making contributions towards a grand final appearance.

Sale made the finals for the first time since 2006. It won a thrilling semi-final against Rosedale-Kilmany before being outclassed by Bundalaguah in the grand final.

The experience of making the grand final should serve Sale well this season, knowing it has the players to challenge for the silverware. Tomorrow will be a good chance to test theory.

After Rosedale’s football premiership success, the Warriors will be looking to extend the town’s winning run to the cricket field.

Brad Scott, SMCA cricketer of the year for the past three seasons, will again captain the Warriors. Scott was also the association’s leading batsman.

Adding SMCA team of the year member Jake Benfield will boost the RK batting line-up, alongside Scott and Rohan Diamond.

Last season, the Warriors were in a good position to win their first premiership since 1987, but lost a home semi-final to Sale. But they weren’t far off a grand final berth, almost pulling off a reserve outright in the low-scoring semi.

Boisdale-Briagolong was the main beneficiary of the redistribution of points following Stratford’s penalty related to the registration of a professional player. The Saints didn’t make the most of their break, losing their semi-final to Bundalaguah inside a day.

Having made the finals the past three years, including a grand final appearance two seasons ago, the Saints enter this campaign hopeful of at least remaining in the top four under new captain Mick Roberts.

While the Saints have lost previous captain Dylan Bolton, they will have a strong seam bowling contingent.

BOTH keen for a return to the finals, Maffra will host Collegians.

Not long ago, these clubs were vying for first grade premierships. But the loss of experienced players has seen both turn their attention to youth.

The sides have young players coming through, and are led by quality players.

Josh Rurawhe has stepped up to replace Brett Lanigan as Eagles captain, while Collegians has secured the services of Jack Tatterson from Stratford.

Maffra only missed out on the finals after Boisdale-Briagolong benefitted more than the Eagles when points were redistributed following Stratford’s penalty.

The Eagles batted well last summer, scoring the third most runs, but conceded the second most. Better restricting the opposition will go a long way to helping the Eagles move back into the top four.

STRATFORD will welcome Longford, with both teams having a lot to prove this season.

The Redbacks will be keen to atone for last season’s penalty for breaching the rule concerning professional players. The matter derailed their finals campaign late in the season.

With Jack Rieschel and Simon Williams in the bowling attack, the Redbacks claimed the second most wickets last season. However, Williams, the SMCA’s leading bowler last summer, has gone to Glenaladale.

The Redbacks will need a lift in their batting stocks as only Longford had scored fewer runs last summer.

After eight seasons as Sale City, the Lizards are back under the Longford banner.

In 2014-15, the Lizards scored the fewest runs and claimed the least wickets, but there were times when they troubled the higher-ranked teams. Longford will look to make those moments into victories.

An increase in player numbers around the club has boosted morale at the Lizards, which could translate into improve results. However, a finals appearance this summer may be a big ask.