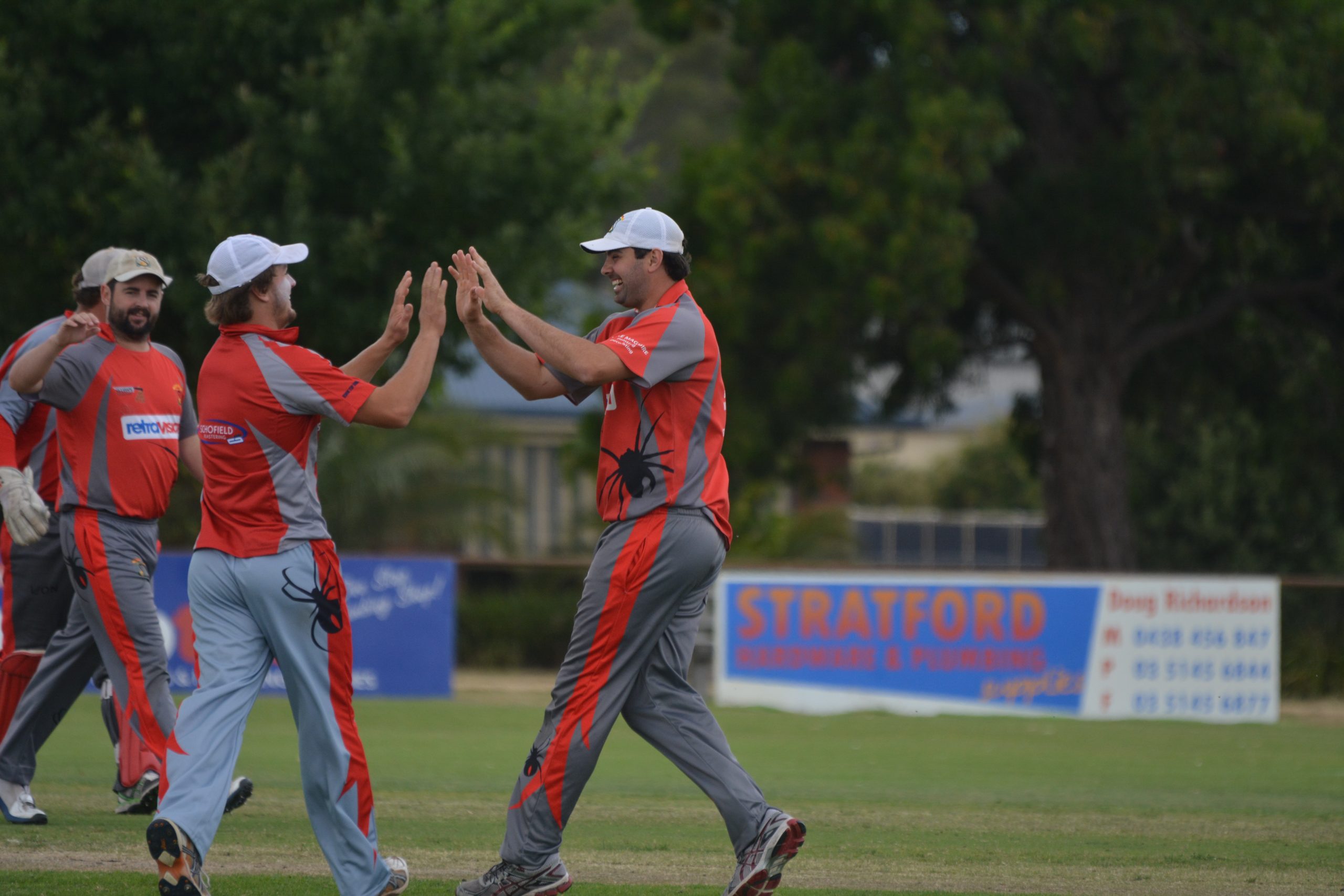 HOT weather is predicted when the second half of the Sale-Maffra cricket home-and-away season begins on Saturday.

The round of one-day matches will be last before the Christmas break.

Two wins outside the top four, Sale needs to lift, while struggling Maffra and Longford will have a good chance to record a rare victory tomorrow.

COMING off a hat-trick of wins, Collegians will host Bundalaguah.

The Bulls relinquished third spot on the ladder after their loss at home to Boisdale-Briagolong and will be eager to rebound strongly ahead of the two-week break.

Collegians is travelling smoothly, with just one loss the season, to the undefeated Rosedale-Kilmany. The Bulls should provide a challenge to the second-placed side.

This match has the potential to be high scoring, with Collegians boasting Jack Tatterson and Mark Nicholls, and Bundalaguah having Adrian Burgiel and Mat Dowsett.

Nicholls has taken 23 wickets season for Collegians, while Mark Donald has claimed 17 for the Bulls and teammate Dylan Rowley 13.

Nicholls was the difference when these teams met in round three, scoring an unbeaten 106 before claiming three wickets as Collegians won the two-day game by 119 runs.

Against Sale last weekend, the Redbacks recorded their first win since round two. Cormac Hassett provided the backbone for Stratford’s successful chase, scoring 81 after the Redbacks restricted Sale to 9-140.

The Saints enter tomorrow’s match on the back of four straight wins. Last weekend, they successfully defended 136 against Bundalaguah, who was bowled out for just 116.

The last time the Saints failed to win was in round three against Stratford. Then, the sides shared the points as the match was shortened because of issues with the pitch.

A win for Stratford and a loss for Bundalaguah will push the Redbacks into fourth place.

SALE can receive a pre-Christmas boost with victory at home over Rosedale-Kilmany.

Having lost their past three games, the Swans would love to see a victory over the top side under the Christmas tree.

The Swans lost at Stratford last weekend, their 140 not enough to win, while Rosedale-Kilmany continued its unbeaten run against Maffra.

After making 223, the Warriors bowled Maffra out for 88. They didn’t look back after the 96-run opening partnership between Leigh Freshwater and Jake Benfield.

Brandon McDonald and Hayden Glover have been consistent wicket-takers for the Warriors, claiming 18 and 17 respectively.

The Warriors defeated Sale by 93 runs in round three.

WITH one victory between them this season, Longford and Maffra can grab some pre-Christmas joy at Stephenson Park.

After making 305 against Bundalaguah the previous round, the Eagles were bowled out for just 88 by Rosedale-Kilmany. The Eagles won’t want a repeat of that against the bottom side.

In reply to Collegians’ 8-204, Longford batted out its 40 overs, making 7-87. Knowing this may be their best chance to secure a victory, the Lizards are likely to bat with more intent tomorrow.

Maffra’s only win this season came against the Lizards. The Eagles made the most of the favourable conditions for bowling on day one before making a big score on day two.