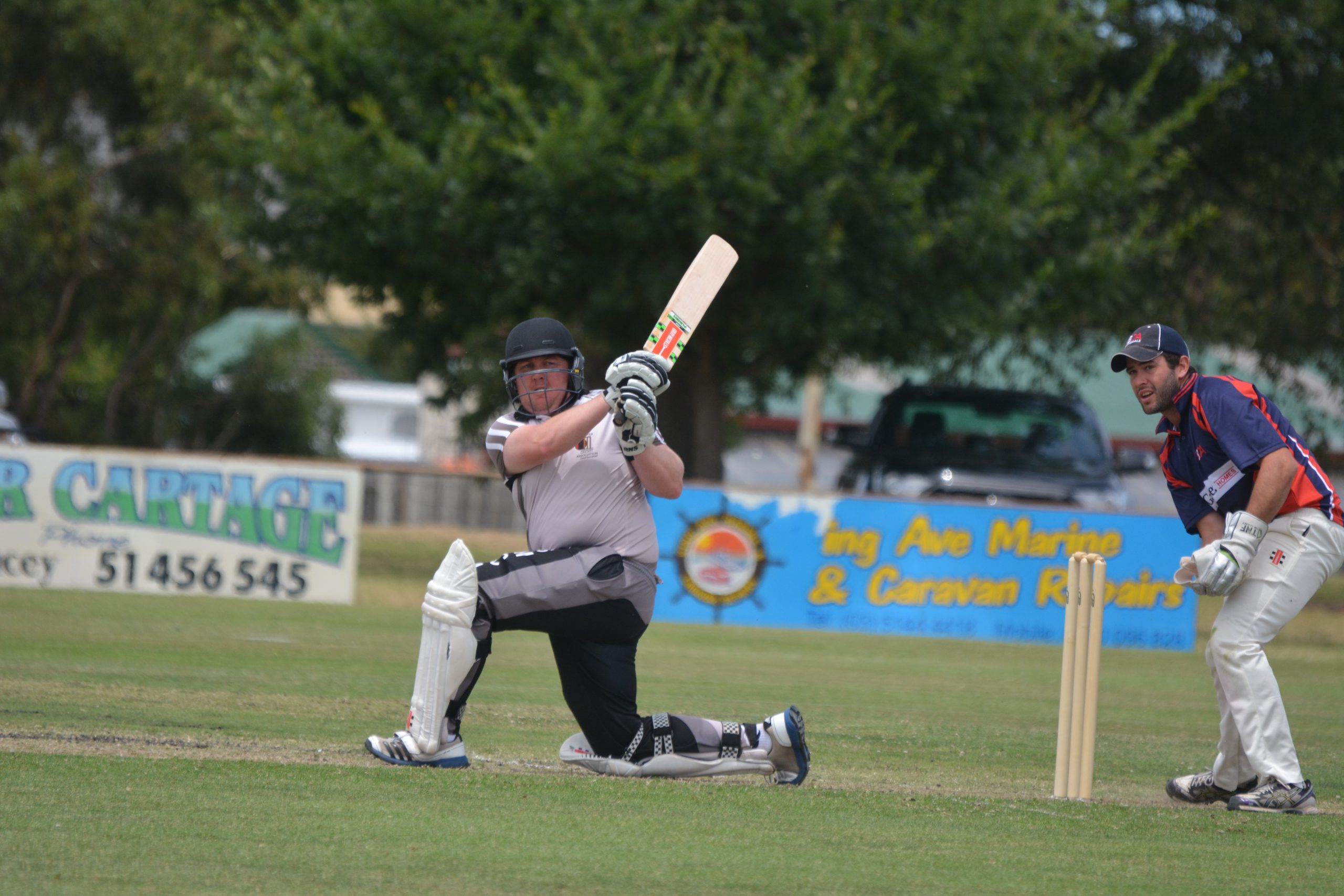 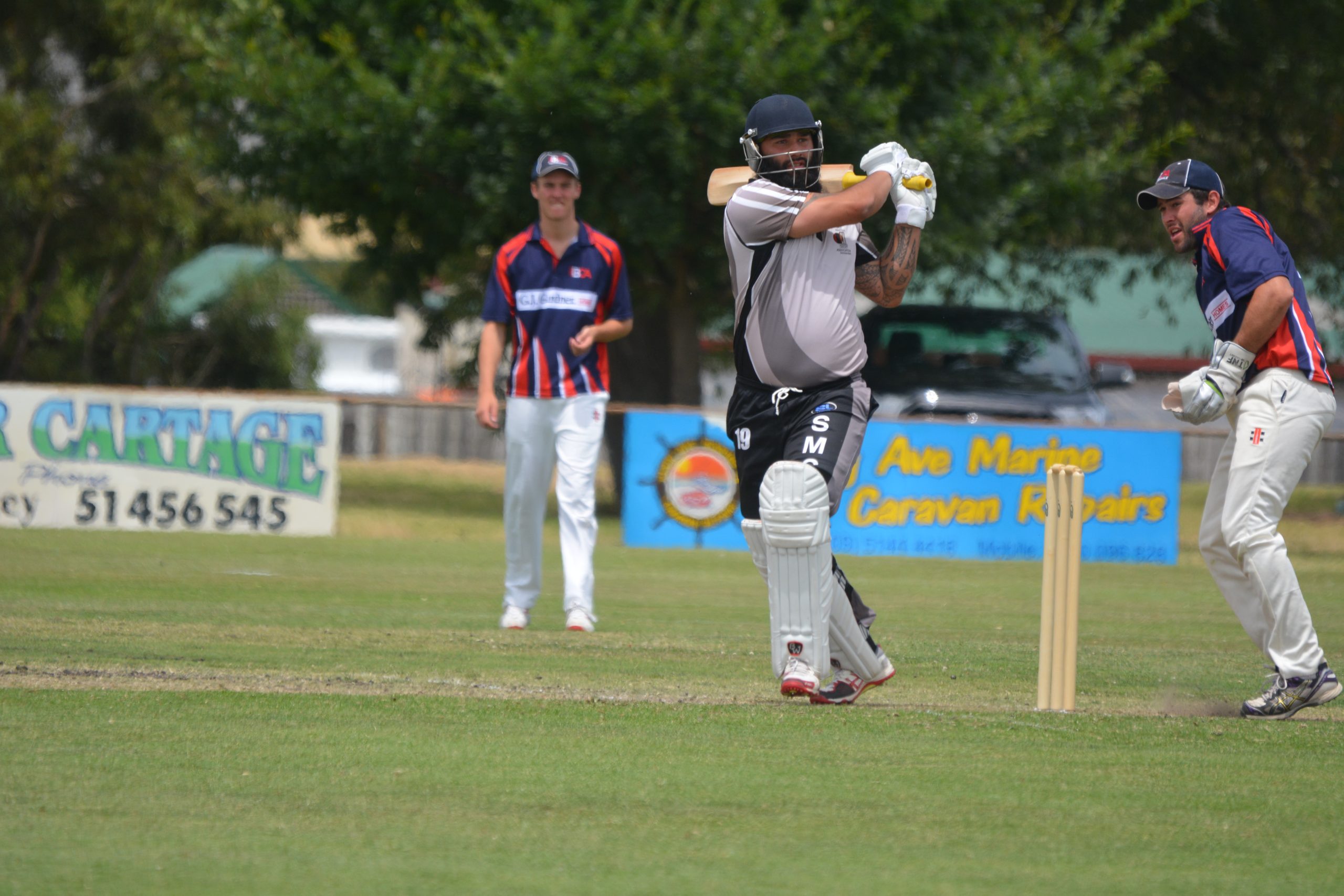 SALE-Maffra booked the first spot in the Gippsland Cricket League final, but didn’t do it without a struggle.

Chasing just 136 for victory, the Sharks made hard work of it on Sunday at Stratford, securing victory with just two wickets in hand.

With its opponent trying to wrap up the game quickly, Bairnsdale was able to claim regular wickets to remain a chance to win.

The Sharks had the advantage early, having Bairnsdale 6-46 before bowling the visitors out for 135 in the 42nd over. Jamie Robinson scored 28 and Dylan Bolton 22 late in the innings to at least give the home side a reasonable target to chase.

Tatterson’s dismissal had the Sharks 5-118, and then lost 3-11. Jake Benfield and Jack Wrigglesworth spared the locals blushes, seeing them to victory before the innings ended on 9-136.

Sale-Maffra is still three points ahead of second-placed Traralgon, which defeated Leongatha by 10 runs last weekend. The result ended Leongatha’s hopes of making the final.

The only side which can overtake Traralgon and earn the right to meet Sale-Maffra in February’s final is third-placed Central Gippsland, which is a win outside the top two after losing to Warragul.

In their last home-and-away game before the final, the Sharks will head to Morwell to play Central Gippsland on January 17.

SALE-MAFFRA is out of contention to make the under 18s final after it was out-classed by Bairnsdale.

Nathan Pruscino top-scored for Bairnsdale with 52, and had support from Liam Giove (41) and Altley Williams (37).

Sale-Maffra’s chase showed early promise, but soon lost its way. Lachlan Cunningham top-scored on 17, with Wrigglesworth (10) the only other batsman to reach double figures.

Sale-Maffra will play its final match against Central Gippsland at Moe.

WITH its loss to Central Gippsland, Sale-Maffra missed out on a place in the under 16s final on percentage.

Sale-Maffra’s campaign finished with a 17-run loss at Morwell.

Central Gippsland compiled 9-195 with Will Kennedy and Blair Clymo both making 26. Jonry McGuiness took 3-21 for Sale-Maffra.

Set a challenging target, the visitors were unable to form solid partnerships with five players making between 10 and 20 runs. Cameron Wrigglesworth, unbeaten on 37, tried to get Sale-Maffra close, but it was bowled out for 178 in the penultimate over.

Warragul will meet Leongatha in the final on February 14.

IN the women’s competition, Sale-Maffra remains in second position despite its loss to Warragul.

At Rosedale, Warragul scored 6-148 from its 40 overs, led by 45 from Cassandra Pollock.

Sale-Maffra was then bowled out for 106 in 36 overs. Teagan Fairbrother scored 36, Megen Wrigglesworth 18 and Rachel Fink 14, while Matilda Pollock claimed 4-10 for Warragul.

Sale-Maffra will next play Bairnsdale on January 17.