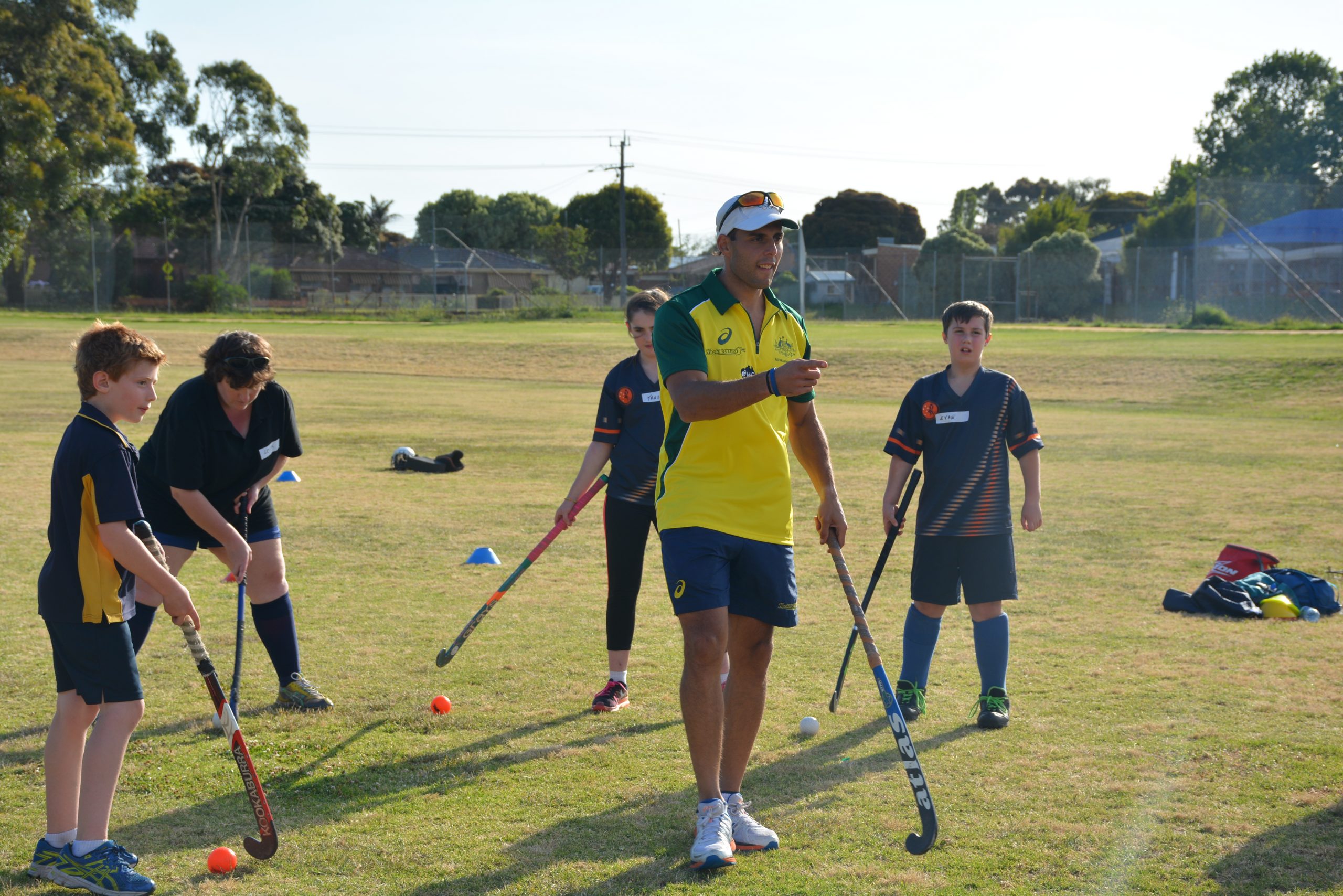 Club president Craig Holmes said it was the biggest thing the club had been involved with.

“It’s fantastic he gives up his time to come this far, it’s good to get that experience from a world class player,” he said.

Ciriello, nicknamed “The Big Dog”, has played hockey for Australia in 176 games since 2008, has scored 114 goals at the national level, and has won several medals, including gold at the Commonwealth Games, World Cup, and Champions Trophy, and bronze at the London Olympics.

He is well-known for his drag flick, having scored hat-tricks in the Commonwealth Games and World Cup finals with the technique.

Most recently, Ciriello and the Kookaburras qualified for the Olympics against Belgium, where he scored a goal in the dying seconds.

Ciriello was also nominated as one of the top five players in the world according to the International Hockey Federation.

He has been travelling across Victoria, from Albury to Shepparton to Orbost, to reach out to hockey clubs that might not have the same opportunities for coaching or equipment as metropolitan clubs.

“It’s important to get out there, give a bit of variety in the training by having someone else coach a bit,” Ciriello said.

His focus is on building support for clubs, so they can attract more players and eventually better facilities.

“I try to include the parents and adults as well, that way the knowledge sticks around,” he said.

“A lot of the time you ask a kid what they learned and they won’t remember, but if you teach the parents too then they keep it going, there’s a lot of repetition in my coaching.”

Around 30 young players from around the area took part in the clincs, learning tips including knee bending, deception, and keeping one’s head up and eyes open.

They also took pot-shots at the goals using the drag flick, where the ball is slung around the body and lifted to chest or head height. The dramatic and often dangerous move is common in penalty shots, and can approach speeds of 120 kilometres per hour.

“It’s very important, rural kids usually have to work harder to access this sort of experience,” she said.

“A lot of kids here play at representative level, but he’s come all this way to the actual grass-roots.

“There aren’t a lot of grass pitches, so it’s pretty rare to have someone willing to play on our pitch.

“If interest keeps building there’s maybe potential to improve the facilities and get a proper ground.”

After the clinics Ciriello stuck around to sign autographs, and handed around his medals for kids to see.

Wellington Hockey Club meets for indoor hockey every Friday night, including all-abilities, juniors, and seniors, and in February will introduce the Hook In2 Hockey beginners’ clinic.

For more information check out wellingtonhockeyclub.teamapp.com