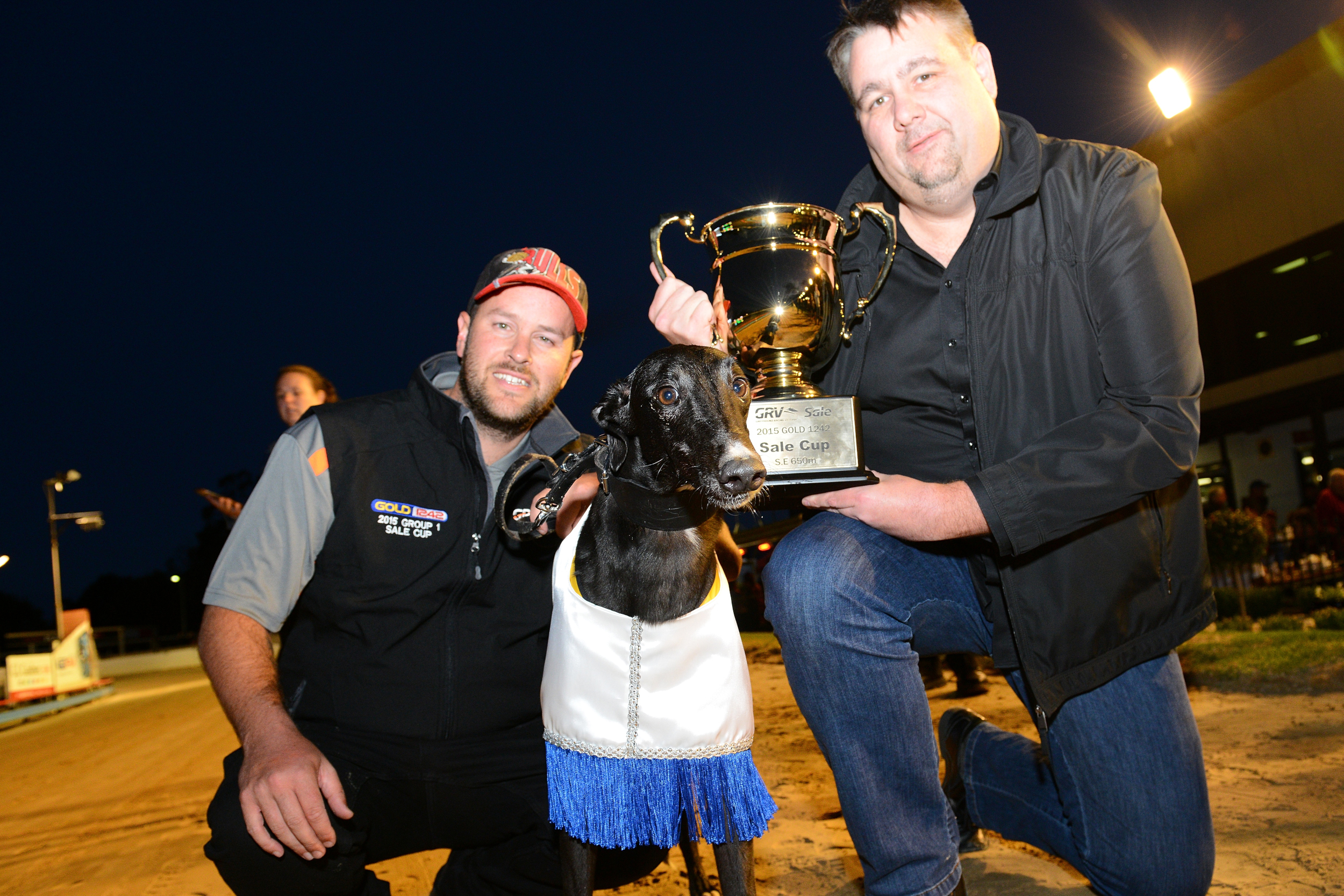 With the rain clearing it was all systems go for the carnival rides, food and drink vendors and the exciting racing.

No Donuts’ trainer Brad Canty, who is based at Aberglasslyn in New South Wales, has been campaigning his charge in Victoria for the past month chasing the rich prize money on offer in this state. He pencilled in the 650 metre Sale Cup after No Donuts produced some record breaking runs in his home state.

In the cup final No Donuts was allocated Box 5, which was no great disadvantage in a race devoid of many dogs with early speed.

As expected No Donuts speared to the front with a lap to go and opened up a nice break from the pursuers Full On Bling and favourite Lithgow Panther.

Coming to the home turn there looked to be plenty of greyhounds poised to challenge, with Lithgow Panther looking a certain winner.

In a repeat of his heat win No Donuts dug deep to again withstand the finishing burst of Lithgow Panther with Come On Fantasy grabbing the minor spoils in a blanket finish for third.

The winner, No Donuts, now boasts the impressive statistics of 35 starts for 18 wins and $170,000 in stakes money. Being only a youngster at 30 months this bank roll will no doubt continue to grow.

Owner and trainer Brad Canty in a generous gesture put $2000 across the bar for the local patrons.

In other feature races Xtreme Knocka came with a barnstorming finish to win the Summer Cup for trainer Jason Thompson.

The Rising Stars carried a winner’s purse of $10,000 and was taken out by the Colin Dalton trained Arby.

Jeff and Robert Britton are great supporters of the Sale Cup Carnival and again took home a major prize with the Jeff Britton trained Shared Bonus winning the $10,000 Christmas Gift.

Training honours on the night were taken out by the Sale Greyhound Club trainer of the year Chris Johannsen who scored a double, with the only local winner being Andiamo Neo for Denison trainer Jim Winter.

Record figures were generated by the bars and tote at last Saturday’s Sale Cup meeting.