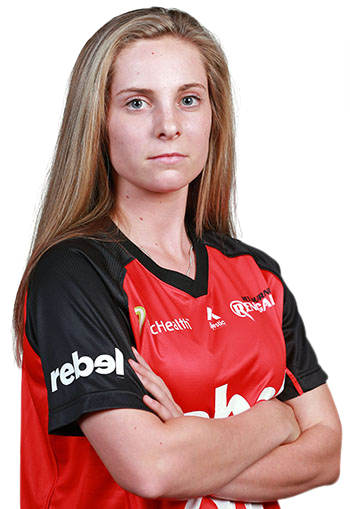 Sophie Molineux, 17, impressed in her match with the Melbourne Renegades Women’s Big Bash League, top scoring with 30 before being run out in the game against the Melbourne Stars at the MCG.

Her dad, Mark Molineux, said that he was very proud.

“She’s had a passion for cricket since she was eight or nine, I used to play a lot and she was always on the sidelines, now she’s really into it, she’s captain of the Victorian under 18s team,” he said.

Originally playing for the West Bairnsdale Cricket Club, Molineux’s now juggling her duties representing Victoria at the Australian National Titles in Canberra with the next Renegades games against Sydney Sixers and Thunder, and then in Adelaide against the Strikers.

According to the Renegades, she’s not only talented with the bat, but also a handy bowler.