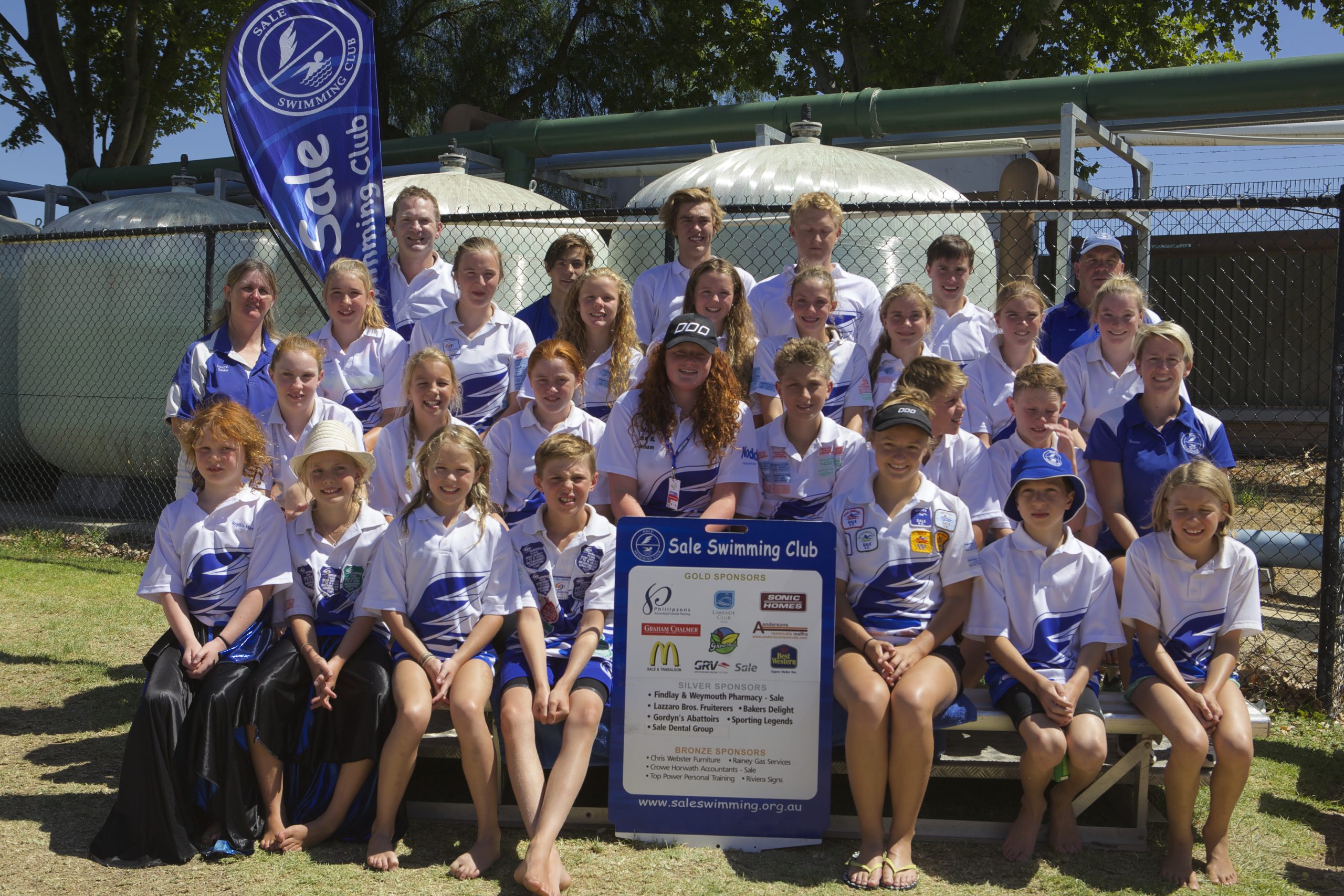 A TEAM of 25 competitors represented Sale Swimming Club at the Victorian Country Long Course Championships earlier this month in Bendigo.

With one gold and two silver medals, Sale finished the overall point score in 13th position out of 43 teams.

Charlie Noble, competing in the 14 and 15-year-old girls’ section, won the 100 metres butterfly for the second successive year.

Noble won last year at age 13, and was awarded the gold medal for the next age division after winning by an impressive 2.02 seconds over the silver medallist Behlana Robinson from Geelong.

Noble is eligible to compete in the same division in 2017, and also finished in fifth position in the 100m freestyle.

Noble, Julia Rainy, Niamh Van Berkel and Jordan Rowand swam personal best times to win the silver medal in the 16 and under girls’ medley relay and finished in sixth in the open.

Jake Hutchins, swimming in the 13-year boys’ 100m butterfly, swam a personal best time to qualify third fastest for the final. In an exciting final, Hutchins improved his time to claim the silver medal.

Hutchins improved his seeded time for the event by a massive 4.62s.

Alex Seys, competing in the 14 and 15 years boys, finished in fourth in the 100m butterfly, fifth in the 100m breaststroke and seventh in the 200m individual medley.

“Seys was by the far the most improved Sale swimmer of the meet making country finals for the first time,” Sale head coach Donna Rowand said.

Niamh Van Berkel saw her dedication to training pay off, produced fine performances to finish fourth in the final of the 14 and 15 years girl’s 200m IM, and sixth in the 100m backstroke and 100m freestyle.

Chloe Haylock, Van Berkel, Julia Rainy and Rowand swam into eighth position in the open 4x100m freestyle relay, while Hannah Shepherd, Tameicka Ross, Mimi Noble and Kiana Wedlock all swam personal best times to finish in fourth in the 12 and under medley relay and fifth in the freestyle relay.

Competing in the 11 years and under boys, Ben Hall qualified the fasted in the 10 year boys in the 50m breaststroke, seventh in the 50m backstroke and 8th in 50m freestyle.

“The experienced gained at these championships will give Hall great experience for next year’s championships, to be held in Sale,” Sale countries coach Steve Allen said.