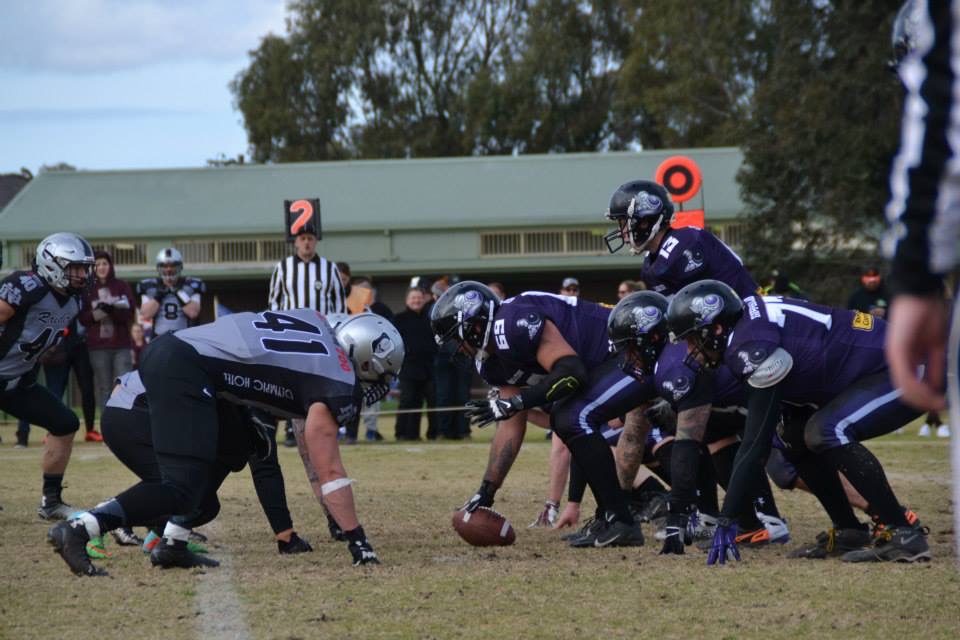 IN something of a homecoming, the Gippsland Gladiators will be training in Sale as part of preparations for their sixth Gridiron Victoria season.

With a new group of east Gippslanders interested in putting on a helmet and pads, the Gladiators will train at Araluen Primary School each Tuesday, beginning next week, between 6.30pm and 8pm.

The Gladiators began for the 2011 season in Sale, but the absence of an appropriate home ground led to the club being based at Maryvale Reserve in Morwell.

The club will also train each Thursday and Saturday at Maryvale Reserve.

Head coach Don Veale said there had been a large amount of interest from locals in joining the Gladiators this year.

“Last year we had a player from Bairnsdale, he’s got a few mates who are interested in playing. We’ve got a few interested people from Sale,” he said.

“We’re trying to make it more accommodating to them.

“The first couple of weeks will be just intro sessions.”

In recent years, American football has grown in popularity, driven by the presence of National Football League matches being broadcast on free-to-air television. Interest in the sport was also helped by the recruiting of former rugby league player Jarryd Heyne to the San Francisco 49ers.

Veale said the sport had different positions to suit most body shapes.

“We can cater for just about any body shape. However, you would need a level of fitness and activity.”

The Gladiators will again play in the Gridiron Victoria second division competition, with three or matches in Morwell and games in Melbourne, Ballarat and Bendigo.

The Gladiators are also seeking volunteers to help around the club, including filming and recording statistics.

For more information on the Gippsland Gladiators phone Don Veale on 0419 365 169.

20/09/2021
BOISDALE-Briagolong Football-Netball Club has announced a slight reshuffling to their coaching ranks, with Sam Bedggood stepping up to the role of senior coach and...