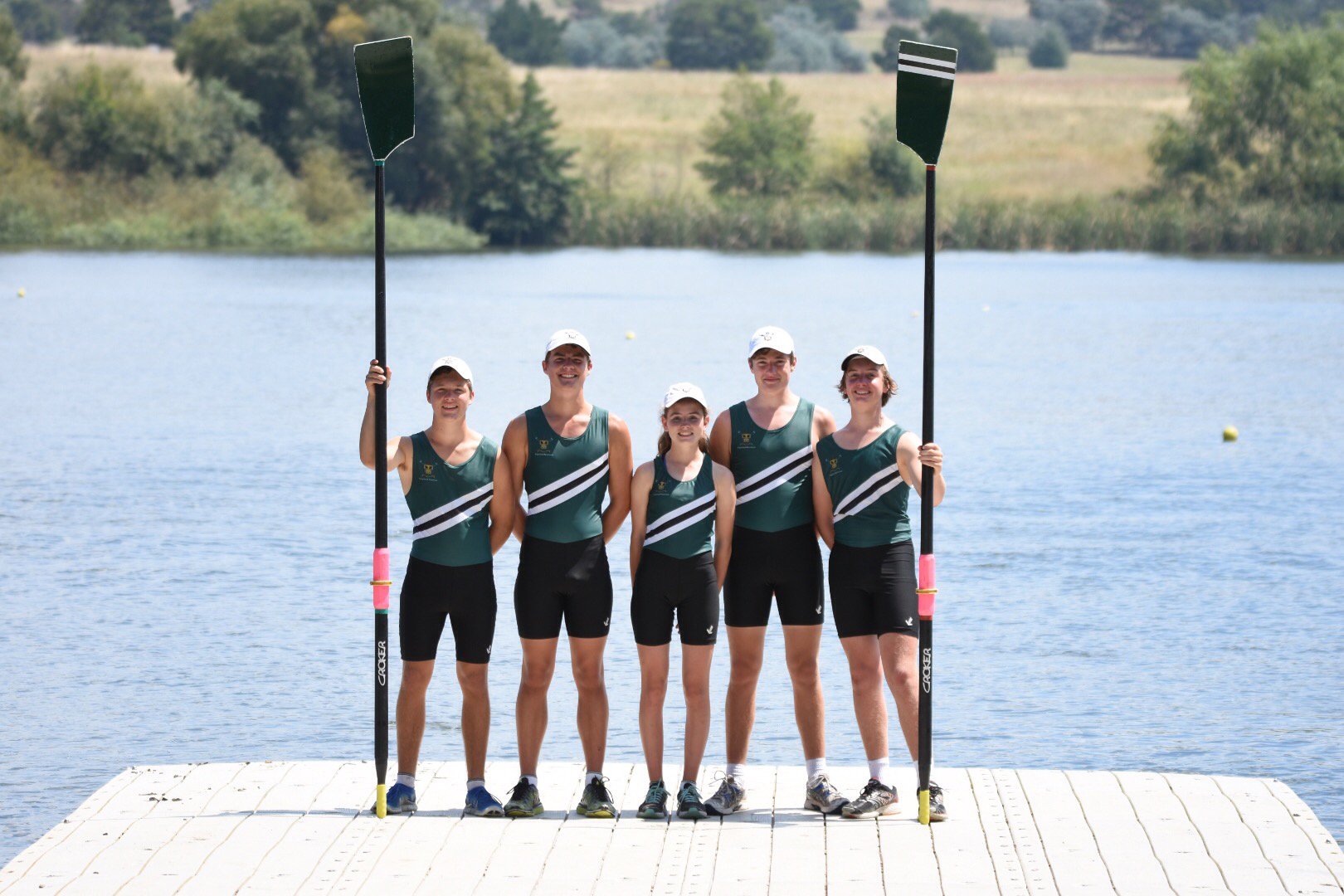 Gippsland Grammar has a proud history of success at the competition.

For more than a decade, Frank Stone ran a successful rowing program, resulting in a number of national championships.

The school’s new director of rowing Peter Campbell hoped to build on past successes by developing the next generation of champions, and said he saw great potential in many young athletes this year.

Campbell said competing in the Australian Open Schools Rowing Championships, part of the national championships, was an opportunity and a privilege, earned through hard work and dedication.

Gippsland Grammar rowers had to prove they could row fast enough to be competitive with the top schools in the country in order to be selected to attend the championships.

Through a series of tests in training, as well times taken from races at regattas throughout the season, this crew has proven it is fast enough to be competitive with the best the country has to offer in their age group.

“William, Andrew, Campbell and Ailish have been rowing for at least two seasons and say they found their passion for the sport from their time under the previous coaches, Stuart Baird and Frank Stone,” Campbell said.

“There was always the expectation to work hard and be the best they can be, and now the athletes are realising the power of hard work.

“Lachlan has been a surprise package this season.

“He only started rowing in October 2015 and has thoroughly enjoyed every minute. He says he owes a great deal to his coach, Stuart Gordon, for teaching him the basics so well.”

Campbell said the year nine student quickly grasped the concepts necessary to move a boat and quickly became competitive with his team mates in the single scull.

“He is a truly remarkable example of what can be achieved with the right attitude and approach to learning and training,” he said.

“As a crew, they’ve gone from strength to strength. They’ve bonded over a common goal and have trained tirelessly to ensure they can execute their best possible performance when it matters.”

The team faces two state championship regattas in the next fortnight.

The team travelled to Ballarat on the weekend to race on Lake Wendouree for the under 17 men’s quad state championship title, before travelling to Sydney the following week to compete at the New South Wales School Boy Head of the River, the state championships equivalent for NSW schools.

This regatta will be their first taste of racing at the Sydney International Regatta Centre in Penrith, the course for the 2000 Olympics.

The Australian Open Schools Rowing Championships will also be held in Penrith, from March 14 to 20.