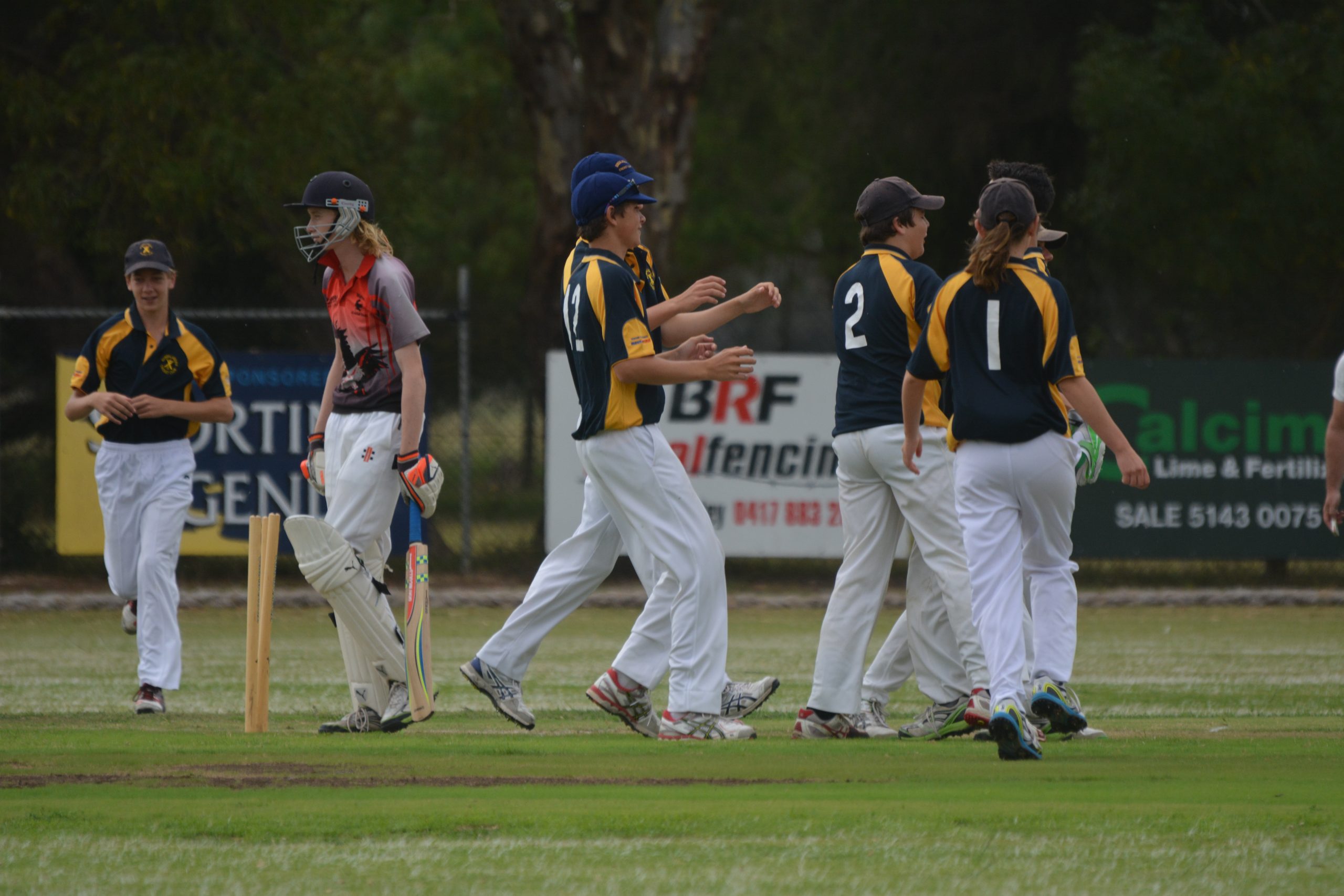 BUNDALAGUAH and Longford will meet in the Sale-Maffra under 16 cricket grand final on Monday.

Meanwhile, Collegians and Stratford will play off for the under 14 title.

Semi-finals for both grades were played on Sunday.

LONGFORD ended Collegians’ bid for a hat-trick of under 16 premierships by winning a high-scoring semi-final at the College Oval.

It was the second consecutive week the Lizards had defeated Collegians.

Charlie Morrison retired on 52, while Henry Anderson scored 25 and Charlie Comben 21. Connor Hughes and Jacob Hickey claimed two wickets each for the Lizards.

Hughes continued his stellar season with the bat, scoring an unbeaten 52 to help the Lizards score 8-146 in 46 overs. In the under 16s, Hughes has only been dismissed once this season and is averaging 489.

Kyden Johns was the other major contributor to the innings, scoring 35.

Minor premier Bundalaguah was too strong at home for Maffra.

After being sent in to bat, the Eagles were bowled out for 96, with Mathew Angliss scoring 36 and Shane Atkinson 19. For the Bulls, Tom Glenn took 4-16 and Jake Wynd 2-22.

Brayden Glenn was run-out for 49, a run short of the retirement mark, while brother Tom scored 21. Atkinson took two wickets for the Eagles.

THE upset of the day came in the under 14s, with Stratford defeating Bundalaguah.

The Bulls hadn’t lost a match all season until Sunday’s match at Stratford.

Brodie Adams scored 41 and Ethan Albrecht 35 not out for Stratford. Kyle O’Reilly took three wickets for the Bulls and Brendan Laird two.

While Laird scored 27 and Dean Devisser 16, Bundalaguah lost regular wickets in its reply, falling to 9-112. A final wicket partnership between Angus Tilley, 20 not out, and Grace Perkins, five, took the Bulls to within two runs of the Redbacks’ total.

Chasing a fourth premiership in a row, Collegians defeated Sale in the other semi-final at Sale Oval.

Collegians scored 141, led by an unbeaten 38 from Tom Morrison, 30 from Solomon Nash and 15 from Noah Bennett. William Ridgeway claimed two wickets for Sale.

Archer McGuiness claimed 4-4 as Collegians bowled Sale out for 57. Connor Lay top-scored with 17.