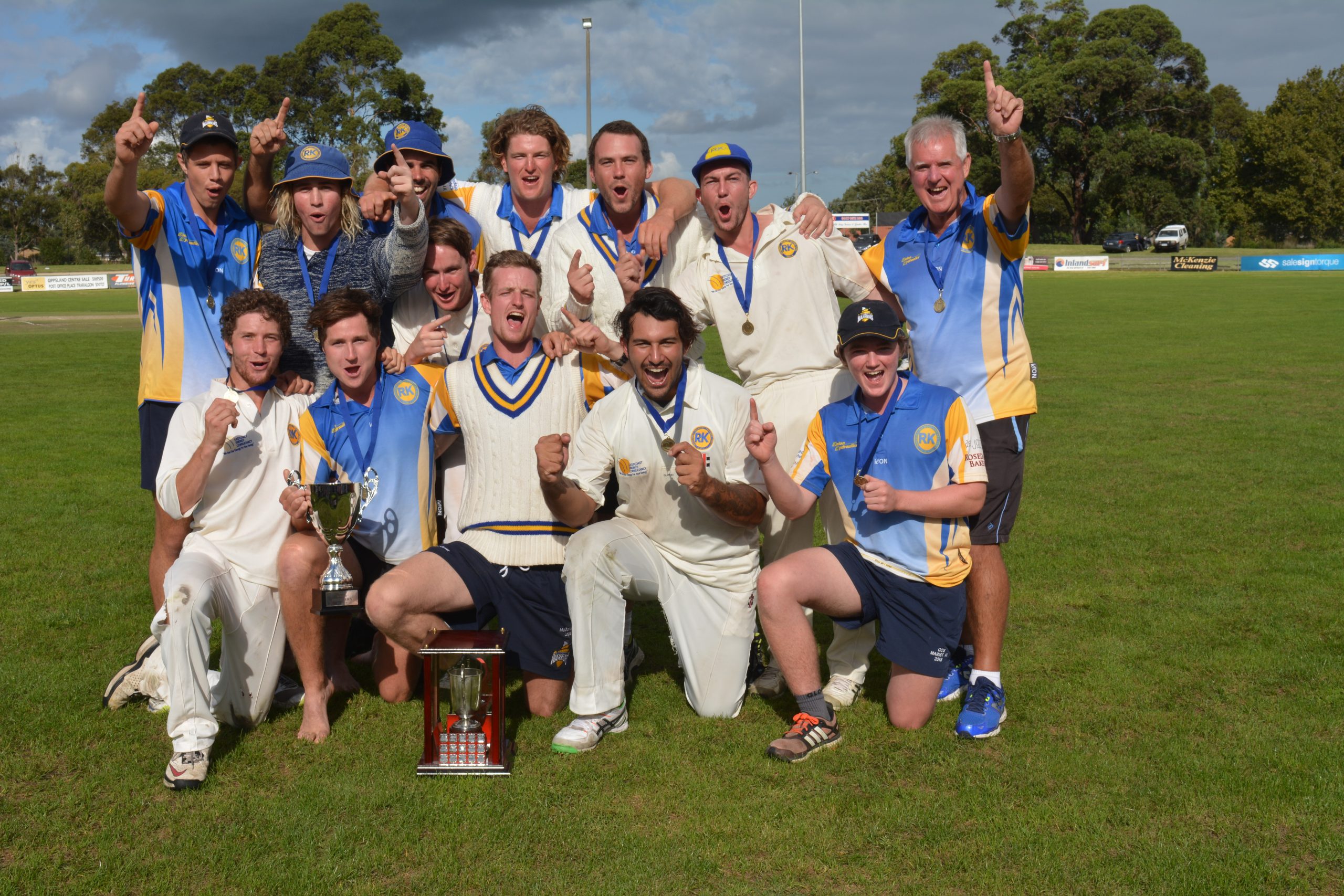 A VICTORY 29 years in the making, Rosedale-Kilmany defeated Bundalaguah in a thrilling Sale-Maffra cricket grand final.

It was the Warriors’ fifth SMCA first grade premiership, and their first since 1987.

As has been the case in recent grand finals, batting collapses and low scores featured in the weekend’s clash at Sale Oval.

Bundalaguah was bowled out for 155 on Saturday before Rosedale-Kilmany passed that total with only two wickets in hand.

With the ground presented in good condition despite rain in the lead-up, Bulls captain Mat Dowsett won the toss. There may have been regrets over that decision when the team was 5-13.

Ben Saxon and Dowsett steadied the innings with an 80-run partnership before Rohan Diamond bowled the Bulls captain for 44.

When Nathan Proctor was out for a duck shortly after, the Bulls were 7-94.

For the second consecutive week, Bundalaguah needed runs from the tail to post a competitive score.

Saxon remained steadfast until his stay at the crease ended on 52 when Rohan Diamond took a catch off his own bowling. Lachlan Wrigglesworth became Isaac Love’s second victim before brothers Mitch and Dylan Rowley put on 23 runs for the final wicket. Love wrapped up the innings when he dismissed Mitch for 13.

Glover and Rohan Diamond were the Warriors’ leading wicket-takers, with 3-35 and 3-15 respectively.

With 25 to bat out day one, the Warriors were soon under pressure when Wrigglesworth caught Tim Dessent off Mitch Rowley’s bowling for seven.

The match took a further twist when Daniel Bedggood claimed the key wickets of Brad and Adam Scott, for one and none respectively. This left the Warriors 3-12.

Leigh Freshwater and Rohan Diamond batted out the day, reaching stumps on 3-28.

The wickets continued to fall early on Sunday, with Leigh Freshwater caught behind off Dylan Rowley and Wrigglesworth finding a way through Rohan Diamond’s defence, out for 14. Cameron Freshwater’s dismissal had the minor premier in deep trouble at 6-33.

Benfield was joined in the middle by Glover, putting on 30 for the seventh wicket. The partnership ended when Glover was run-out by Daniel Bedggood for 12.

When Love was bowled by Daniel Bedggood, his fifth wicket, the Warriors were 8-118.

With the pressure on, Adam Diamond then joined Benfield. The duo held its nerve to edge the Warriors closer to victory.

Diamond and Benfield combined for a 55-run partnership. Fittingly, victory came through a boundary from Benfield, sparking celebrations as they Warriors’ premiership drought came to an end.

Daniel Bedggood was the Bulls’ stand-out bowler, sending down 25 overs to finish with 5-48.