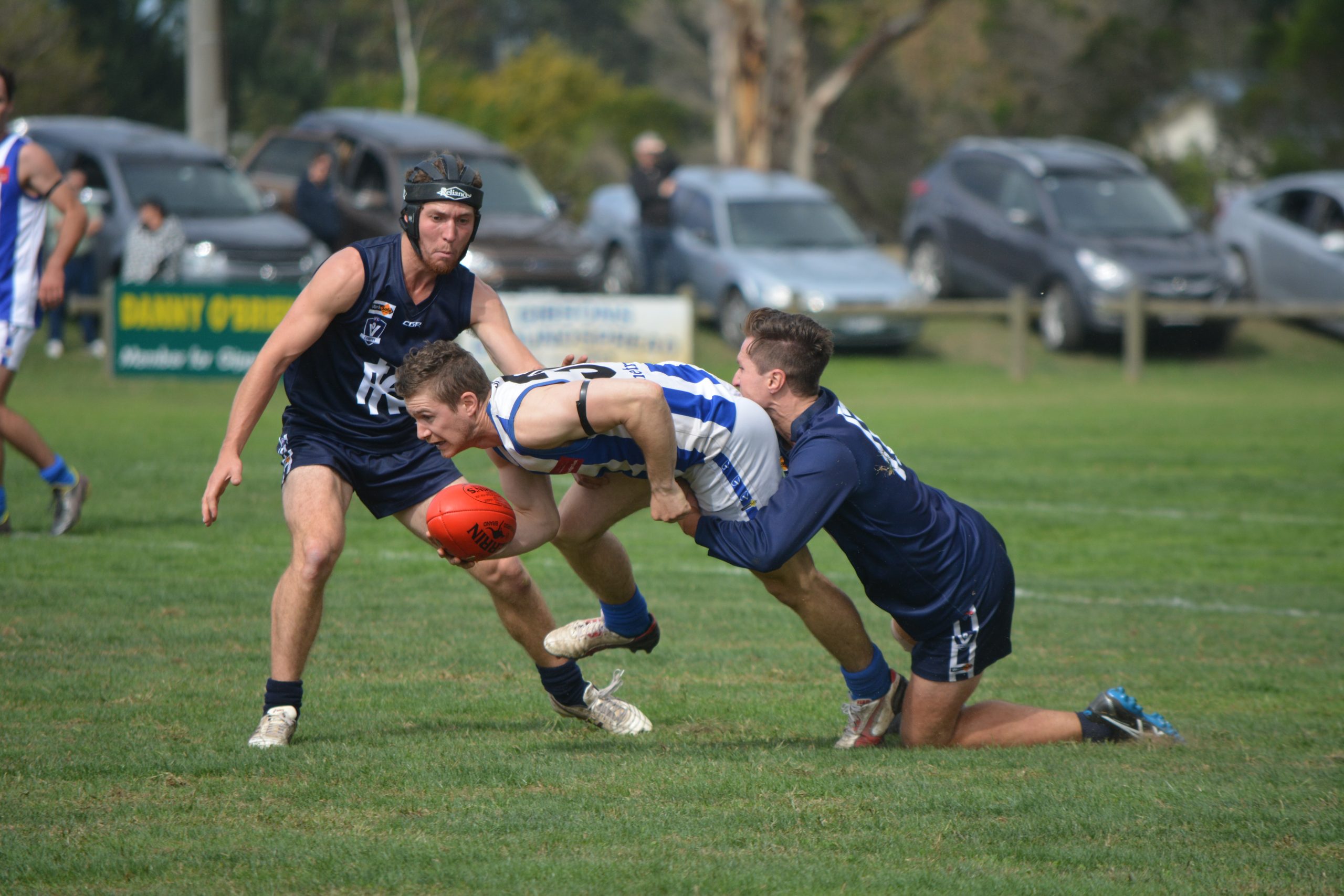 THE pre-season speculation for the North Gippsland football season is over and we can finally see some tangible results: some expected, some unexpected.

Some teams are aiming to bounce back after losses in round one, while others are aiming to consolidate their opening victories and go 2-0 this weekend.

A TEAM looking to back-up its first round success is Sale City, which will travel to Tyers on Saturday.

The Bulldogs sprang from the blocks, dishing out a 105-point hammering to Gormandale to move to the top of the table.

Their disappointing 2015 finals campaign is behind them now and the humbling experience seems to have toughened the Bulldogs’ mettle.

Traralgon-Tyers United, which lost last week to Churchill, will certainly have its work cut out against the in-form Bulldogs.

AT Churchill, Heyfield will be looking to bounce back after a defeat to Rosedale.

It was a tough draw against the reigning premiers in the opening round, but the Kangaroos weren’t disgraced, with a lot of positives from last week’s game.

The Kangaroos hung with the Blues for most of the day, getting within three goals midway through the final term.

The Cougars proved they have what it takes, comfortably accounting for TTU last week. They’re currently in fourth place on the ladder and a win tomorrow will prove they are genuine contenders.

COWWARR will host Woodside in what is shaping as an interesting clash.

Both teams will be looking to consolidate their round one wins.

The Wildcats have recruited some excellent young blood and have a terrific opportunity to go 3-0, with matches against Cowwarr and Gormandale in the coming weeks.

The Saints, meanwhile, will have the home ground advantage and would relish the opportunity to put valuable premiership points in the bank before taking on Rosedale in round three.

YARRAM faces the most difficult challenge this round.

Reeling from a loss to Woodside, the Demons will welcome reigning premier Rosedale, which is coming off victory in the grand final rematch.

GORMANDALE will play Glengarry on Sunday.

Both teams lost in round one and a win to either would restore some valuable confidence and move them to a better position on the table.