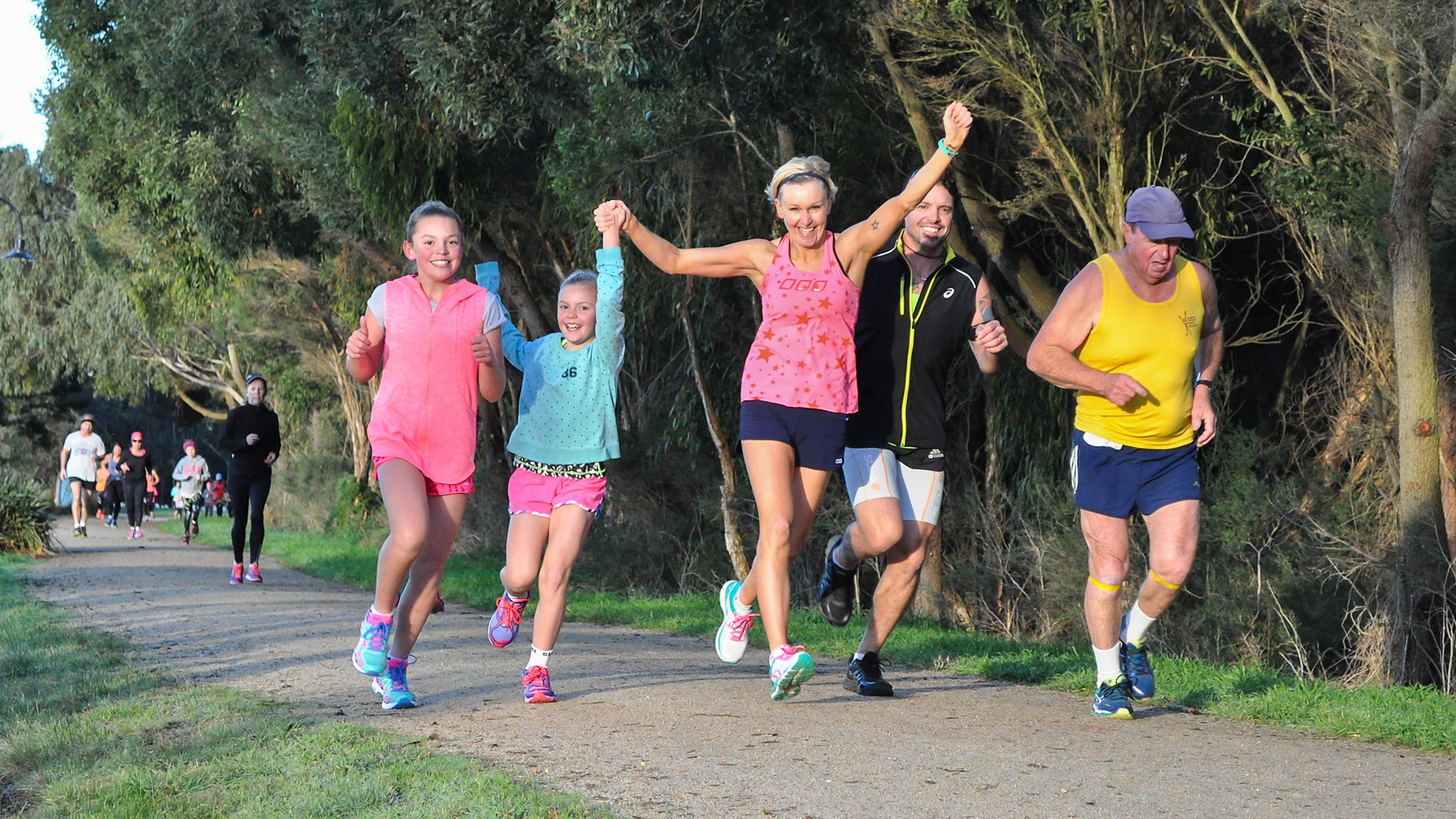 SALE’S Parkrun is preparing to celebrate its first birthday on Saturday, April 16.

More than 100 runners, joggers, and walkers are expected to join in, with a superhero and movie star theme.

Parkrun programs are becoming more popular across Gippsland, with Sale, Warragul, and Traralgon beginning last year, and Bairnsdale underway last month. The events are free to take part in.

Participants complete a five kilometre course at whatever pace they’re comfortable with, and each person is professionally timed.

“It covers everyone, it’s the only event where you might have an Olympian line up next to an 80-year-old with arthritis,” Crawford said.

“One of the best things is seeing people improve over  the year, and supporting each other to get to a certain point, like breaking 30 or 40 minutes.”

After getting in touch with Crawford through the Traralgon Harriers, Larsen began making enquiries in September 2014 to begin a Sale run. She was put in touch with Tony O’Connell, who ran the Inverloch Parkrun, before being promoted to Gippsland co-ordinator.

Wellington Shire Council, VicHealth and the Sale Greyhound Club supported the group by offering grants to cover the public liability insurance and other startup expenses.

More than 1000 people join in runs across Gippsland every week, with Sale averaging 72 each Saturday morning.

“We’ve had visitors from all over Australia that have turned up,” Crawford said.

“It’s quite surprising sometimes, people that are holidaying from Queensland in Lakes Entrance come down on a Saturday morning because that’s the closest Parkrun.”

“Parkrun tourism is actually a big thing, especially amongst the retired or semi-retired,” Larsen added.

“We had a guy who flew in from Queensland just to do Sale Parkrun, which was quite amusing since it was in the middle of winter, it was a bit cold for him.

“You do have people who will just rock up to tick them all off.”

Les Williams is a veteran runner who credits Sale’s Parkrun with reinvigorating his passion for the sport, which has now led to winning medals at events around Australia, including the Stawell Gift and qualifying for the World Masters Championships this year in Perth.

“I got into the five kilometre Parkrun, and I came fifth, then two weeks later I won it … suddenly I started getting back into it,” Williams said.

“It was nothing for me to race at Maryborough, which is a gift on New Year’s Day, and run fourth in the 1500 metres and third in the sprint, and then drove all the way back here and run Parkrun and then won that, because I love it so much.”

Sale Parkrun kicks off at 8am sharp every Saturday at the LEAF in the Sale Botanic Gardens, with the course stretching 5km around lakes Guyatt and Guthridge before doubling back to the start.

While the focus is on participation, runners appreciate the opportunity to receive professional timing and age-graded results.

“We want to encourage people to come and get moving, it’s such a supportive environment,” Larsen said.

“There’s potential for competitiveness, but it’s still inclusive and equally open to people walking the dog or pushing the pram,” Crawford said.