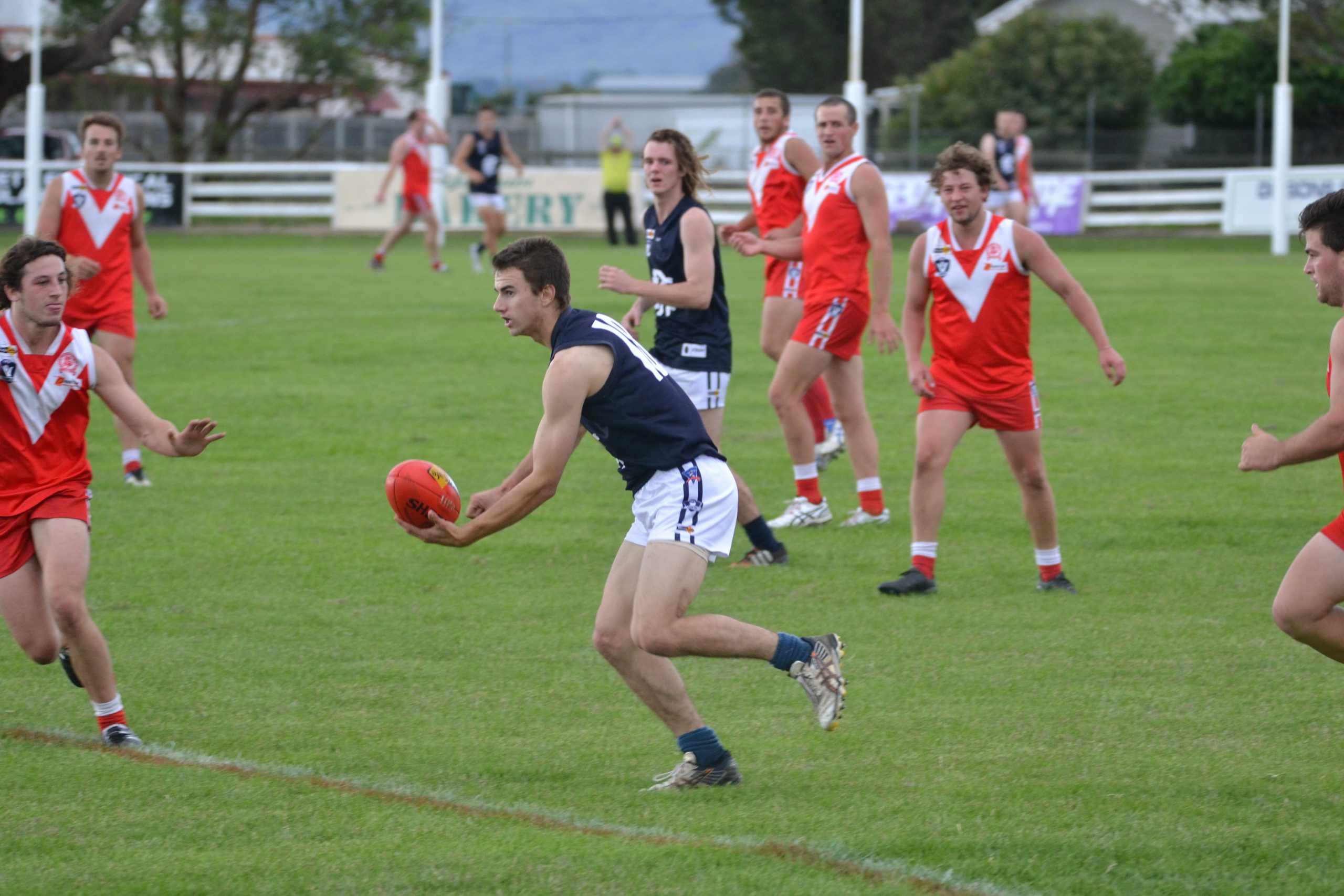 The home side led by 17 points at quarter-time before the Blues reduced the deficit to 15 by half-time.

Four goals to one in the third quarter gave Rosedale a two-point lead at the final change before it held on to win a nail-biter.

Sam Tudor was strong in defence for the Blues, while Ryan Jacobsen and Rohan Diamond were also contributors. Brandon McDonald kicked four goals.

HEYFIELD bounced back from its round one loss to Rosedale with a convincing win over Churchill.

In a fairly evenly poised first quarter, Heyfield secured an 11-point lead. But a six-goal to four second quarter had the Cougars going into the main break with a five-point lead.

The Kangaroos dominated the third term, booting six goals to three, giving them a handy 17-point lead at the final break. A three-goal to one final quarter gave the visitors a comfortable 33-point victory, 17.17 (119) to 13.8 (86).

Shaun Humphries and Kodie Woodland led the way of the Kangaroos. Woodland and Joel Dinsdale kicked four goals each.

The Cougars’ best player was Justin Rogers, who, along with coach Allan Chandler, kicked four majors.

A COMBINED effort from the Woodside forward line steered the Wildcats to a 49-point victory at Cowwarr.

The Wildcats led by 11 points at quarter-time before extending the margin to 32 by half-time.

The third quarter was a rout: Woodside kicked seven goals to one to lead by 70 points at the final break.

The Saints managed to salvage something from the wreck in the final term, kicking seven goals to three.

GLENGARRY recorded its first victory since August 2014 on Sunday.

The Magpies scraped over the line by four points against Gormandale.

After a nine-goal to nil first quarter from the visitors, Gormandale chipped away at the deficit. A seven-goal to one second quarter kept the Tigers in touch by half-time before an even third quarter.