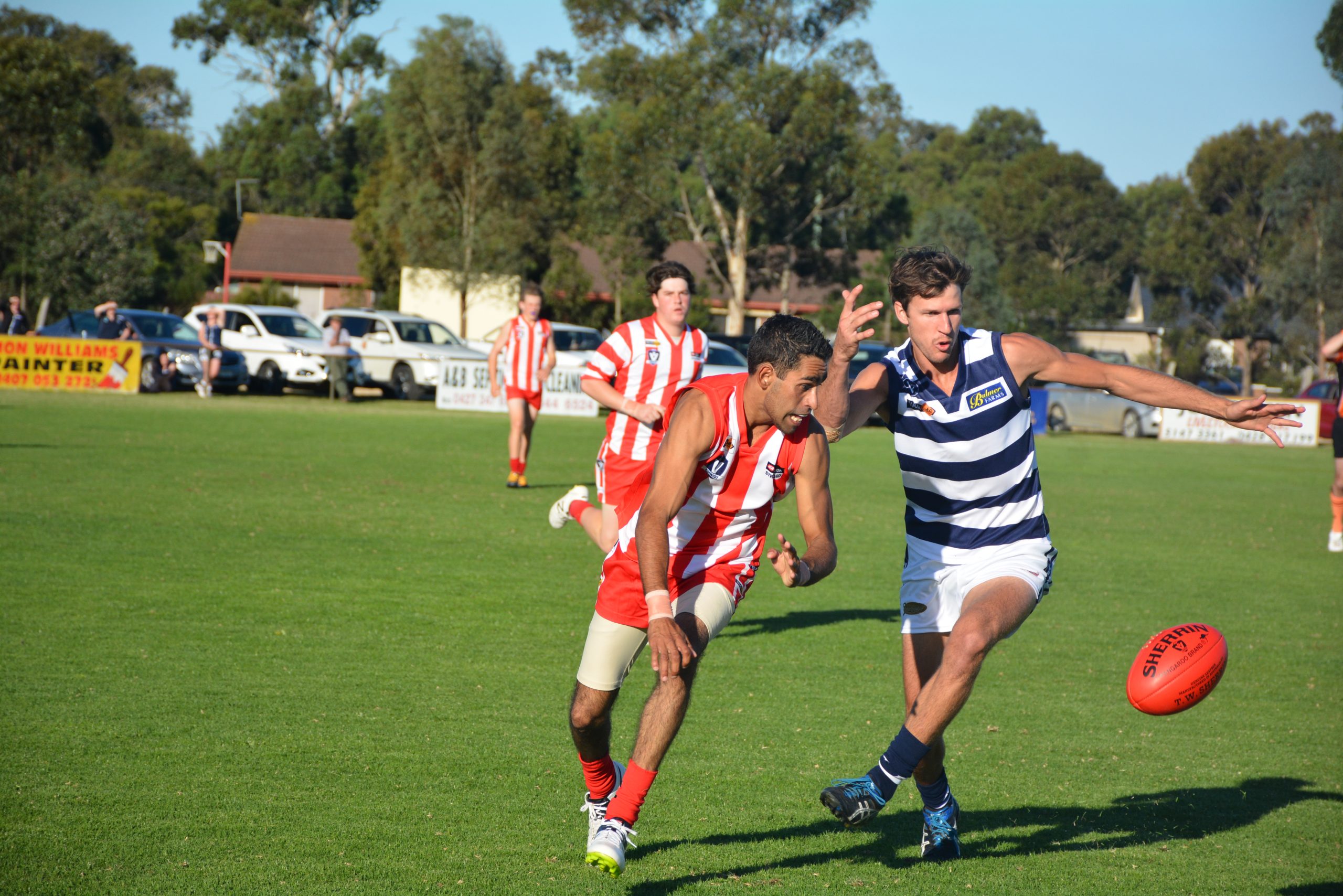 The victory keeps the Cats on top of the East Gippsland football ladder after two rounds.

Despite a strong start, the game became kick-to-kick, as the Cats ran rings around the Swans.

Stratford was not able to capitalise on centre clearances, despite fighting hard whenever the ball turned over in the midfield, as well as putting in a strong defensive effort.

Young Stratford gun Lachlan Schilg lost a tooth early due to a misplaced elbow, but still managed to kick two more goals. His tooth was found and put in milk before he was taken to a dentist, and it is hoped he makes a full recovery.

Schilg top-scored for the Swans with three goals, and Regan Tait scored the first goal of the match in his first game with the club. Lewis Bolton was the best player for the home side.

Let down once again by poor kicking, the momentum quickly swung away from the Bombers, and they were not able to recover.

The visitors only managed one goal in reply to Paynesville’s nine in the final quarter.

Paynesville’s Mathew Davidson kicked eight goals, and Craig Taylor managed five, while Matthew Wilkinson kicked four for the Bombers in his first game of the season.

Jordan Sabell and Matthew Lee were the best players for Paynesville and Boisdale respectively.

After Zac Guarnacchia’s shocking back injury last week, the Blues played hard, but lost out to the experienced Tigers. Guarnacchia is recovering in hospital after injuring three vertebrae last week.

Jarrah Nettleton had a superb game, scoring three goals for the Blues, whose best player was Daniel Hayes.

Lucknow hit the ground running in its first home game, racking up 10 goals to three by half-time, and the pressure did not relent.

Shaun Ryan impressed with five goals, and Peter Jenner was the Magpies’ best.

For the Seagulls, playing their second night game, Bobby Sproule was again the stand-out, with four goals. Kane Thomson was their best.