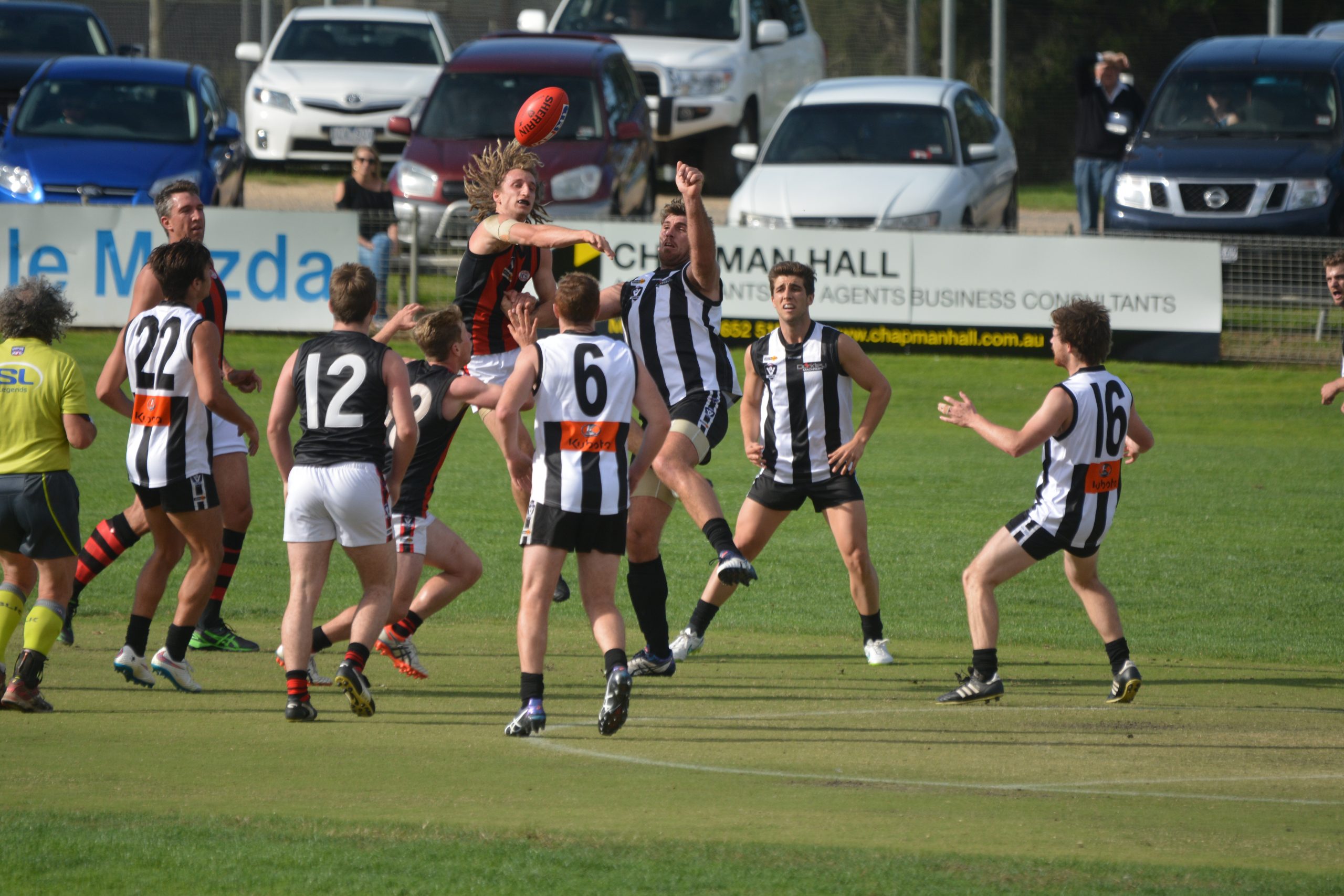 The match between the round one winners will begin at 6pm.

Last Sunday, the Eagles overran Sale, turning a 14-point half-time deficit into a victory by 33.

The Eagles responded to the Magpies’ challenge, making the most of the home side’s second half lapses.

Recruits Mitch Bennett and Lachlan Channing proved they aren’t out of place in the Eagles’ line-up, named among the side’s best players.

Captain Sam Pleming had a strong presence in defence. He could match-up on Redlegs veteran James Gibbs, who kicked four goals in last weekend’s win over Drouin.

The Redlegs kicked the final two goals to defeat the Hawks by five points at home.

The Hawks reportedly had the better of play throughout the match, with free kicks costing them.

Bairnsdale made the most of its chances, and will be buoyed by the victory.

After just passing their first test against Drouin, the Redlegs will have a greater challenge against one of last season’s finalists tomorrow night.

Since they joined the Latrobe Valley league in 1960, these clubs have met on 90 occasions, with the Eagles holding a narrow advantage, 46-44.

After the Redlegs returned to this company in 2010, they have met 11 times, with the Eagles winning eight. However, the Redlegs have been in positions to take the points in most of those games.

The Eagles won both matches last year, by 60 points at Bairnsdale and 61 at home.

THE other match on Saturday night will be between south Gippsland rivals Leongatha and Wonthaggi.

The three previous times these teams have met under lights have been hard fought, low-scoring affairs. This trend could continue, with both sides coming off solid wins.

The Parrots made Traralgon pay for its inaccurate kicking for goal in their 31-point win, while the Power kicked six goals to two in the second half to defeat Morwell by 35 points.

SALE will head to Morwell for the only Gippsland League match Saturday afternoon.

Both began their seasons with defeats.

The Magpies pressed Maffra in the first half, using the ball more effectively than the Eagles, before falling away after the main break. If Sale can run-out tomorrow’s match, it will trouble the Tigers.

Morwell got within two points of Wonthaggi at half-time, but didn’t do itself any favours with its score-less third term.

With keys players from their recent premiership seasons gone, the current crop of Tigers have a lot to live up to.

Little has separated the clubs over the years, with the Magpies holding a four-win advantage from their 150 meetings.

The past 10 games have been split five apiece. However, the Tigers have won four of the past five games against Sale at Morwell, although the margins have been two, five, 27 and 17 points.

Each won a tight match on their own ground last year, with solid defences holding the scores down.

IN one of two Sunday matches, Drouin will host Warragul in a west Gippsland derby.

The Gulls will be high in confidence following their opening win against Moe, with their recruits playing major roles, while the Hawks will be ruing a missed opportunity last weekend at Bairnsdale.

Drouin’s two wins over Warragul last year broke a five-game winning streak the Gulls had between 2012 and 2014.

Because of resurfacing at Ted Summerton Reserve, the match will be played at Churchill.

Both sides will be keen to open their account following round one defeats.

The Maroons had one less scoring shot than Leongatha, yet lost at home by 31 points. In a winnable match against Warragul, the Lions conceded five goals to two in the second term, which proved to be the difference.

The Maroons have won their past eight matches against the Lions, with the margins no smaller than 30 points.