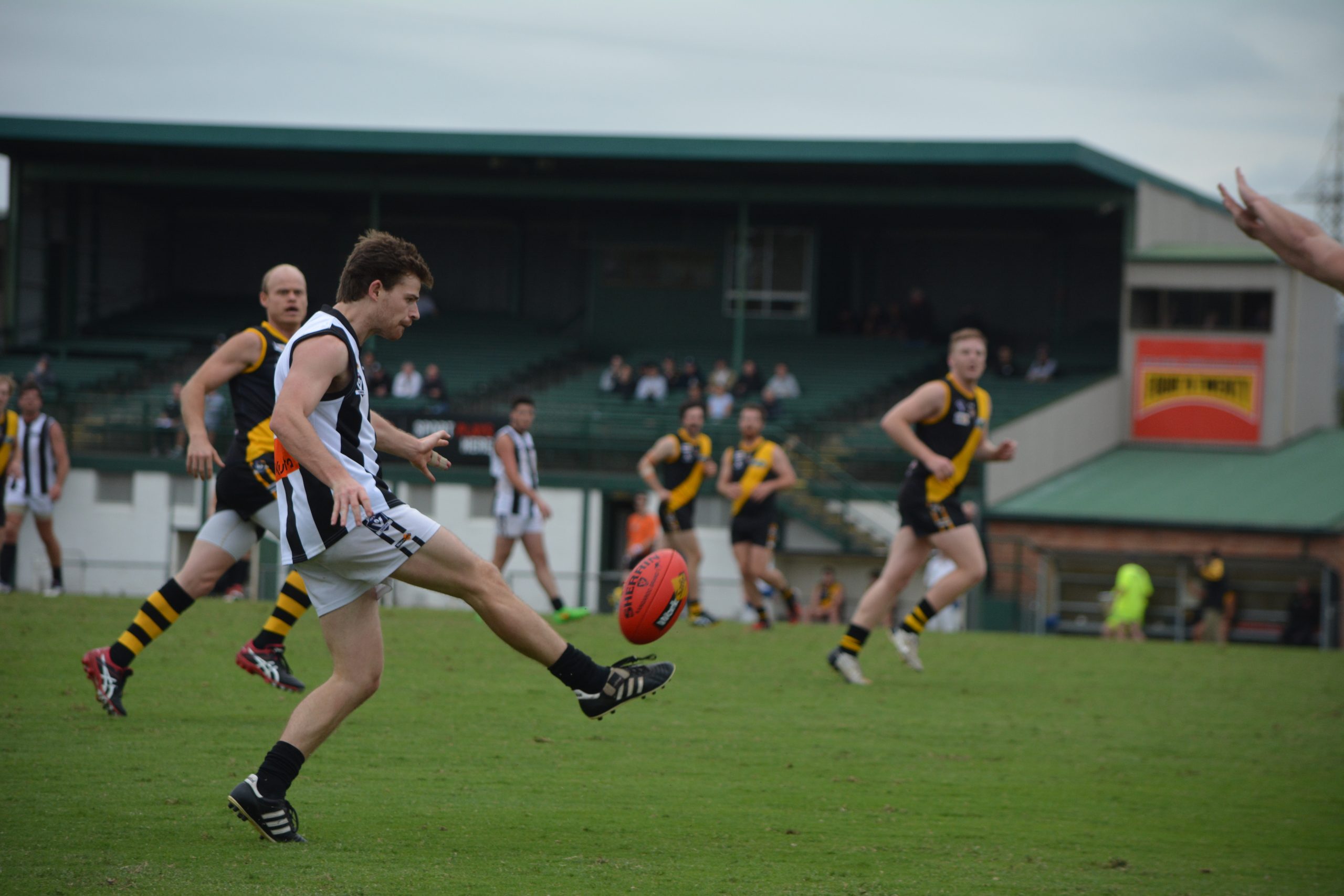 After an even first quarter the Magpies piled on 11 goals to the Tigers’ two.

This gave Sale’s Shane Fyfe his first win as coach in his 200th game.

Having lost a number of quality players from last season, both clubs fielded teams of unknown quality.

Sale’s list proved to be the better, with its taller players being outstanding.

Sale has found wins at Morwell difficult to come by in recent years, however this comprehensive win turned their fortunes around.

The young Magpies looked a much improved and fitter side than the one that disappointed their supporters in round one.

Apart from a string of wasted scoring opportunities in the third quarter, when they kicked two goals and six behinds, the Magpies’ skill level was much superior to that of the Tigers.

The inside 50 count was a big contributing factor to the result, with Sale having 37 to Morwell’s 15, and the centre bounce clearances went easily Sale’s way, 15 to 2.

None were more impressive than recruit Lachlan Heywood who gave a fine four quarter performance of high marking and ruck work to go with his two goals.

Key forward John Gooch who was unusually off target with only two goals from eight scoring shots was still a good target up forward with his high marking.

James Jacobsen and Tayler Weatherill also battled hard for the Tigers but being short of quality tall players, Morwell appears to be facing a tough season.

The question for the Magpies is now that they have a substantial win on the board, can the young Magpies continue to gel together and maintain the momentum?

The test will come next week in the home game against Wonthaggi.