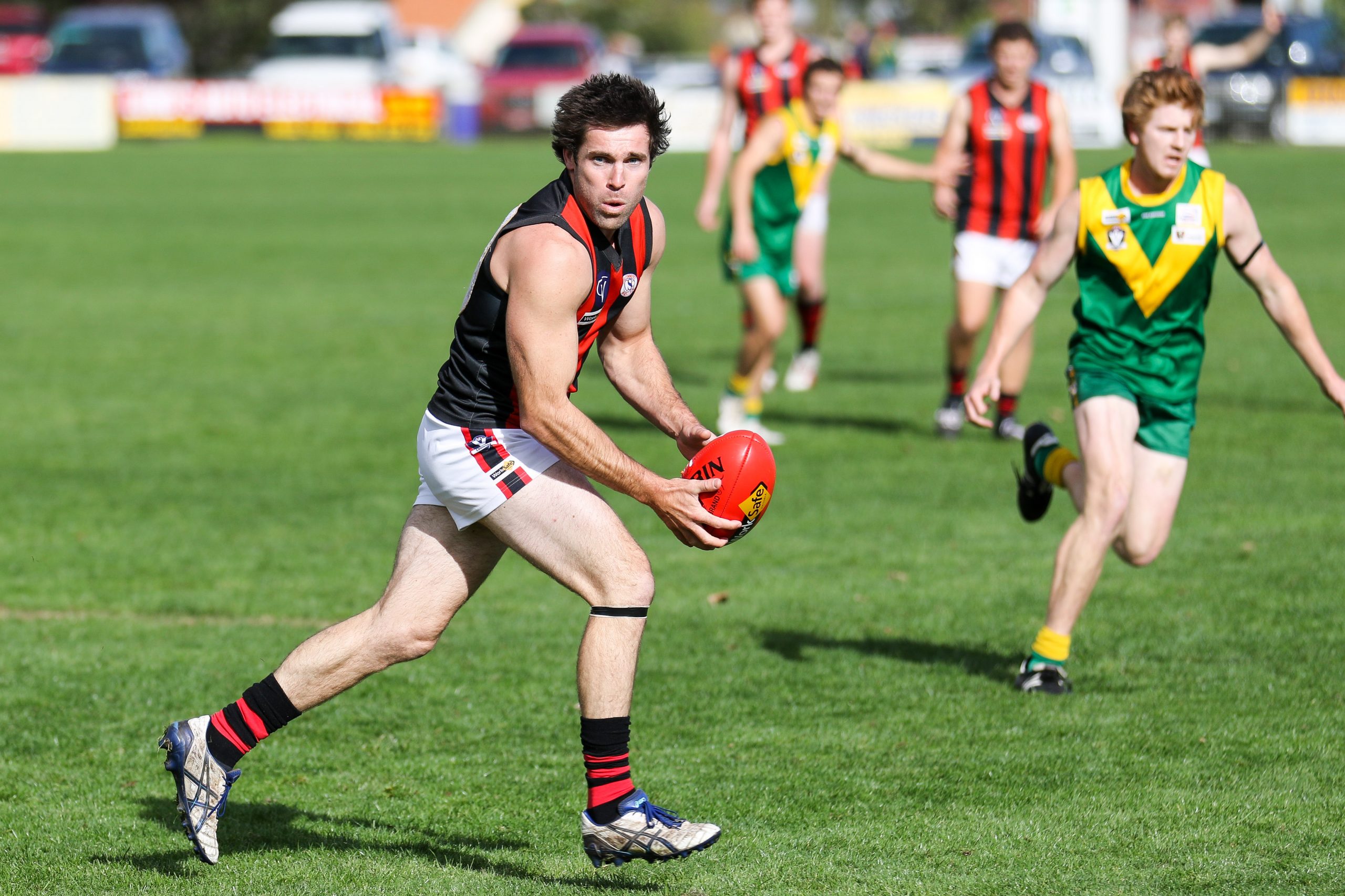 Following impressive performances in the first two rounds, the Eagles came back to earth last weekend, kicking only four goals in a 61-point loss at Leongatha.

The Eagles were unable to recover from the Parrots’ four-goal to one first term. The misery was compounded with the Eagles held goal-less in the final term.

The loss saw the Eagles fall from second to fourth place.

Such a set-back early in the season can have its benefits, as Traralgon would attest to. The Maroons began 2015 with a thumping loss to  the Parrots,  only to finish it holding the premiership cup aloft.

The Eagles have won their past eight clashes against the Hawks, who have only won once in 13 visits to Maffra.

While the Eagles have had the edge in recent years, the Hawks have reduced the gap. The Eagles’ 43-point win the last time the sides met at Maffra was a better result for the Hawks than their 2014 visit, a 214-point flogging.

Last Saturday, the Hawks were outclassed at Traralgon, going down by 77 points.

The Maroons’ pressure was a major factor in the result, with the Eagles set to provide a similar challenge.

SALE has the chance to test its finals credentials when it travels to Traralgon.

Both sides have won two of their opening three matches, with the second-placed Maroons ahead of the Magpies, in third, on percentage.

The Magpies were rarely troubled against Wonthaggi, the win set-up by a blistering five-goal first quarter.

A 31-point win over last year’s semi-finalist, following a big victory over Morwell, should give the Magpies some confidence ahead of Saturday’s match.

Traralgon had 10 goal kickers in its 77-point win over Drouin, highlighting the many attacking options coach Mark Collison has at his disposal and the challenge presented to Magpies coach Shane Fyfe. The fact the Power only kicked seven goals against them should give the Magpies cause for optimism.

The Maroons won both their matches against the Magpies last year.

BAIRNSDALE is the next team to test itself against Leongatha.

At 2-1, the Redlegs sit in fifth place on the ladder, but will come against a Parrots side which has already defeated 2015 finalists Traralgon, Wonthaggi and Maffra.

The Parrots’ 10-goal win over Maffra last weekend would not have gone unnoticed across the league.

The Redlegs rebounded from its big loss at Maffra, laying the foundation for their 13-point win over Warragul with a five-goal to one first term.

The improving Lions are coming off their first win of the season, having defeated local rival Morwell by 33 points.

Against Sale, the Power trailed at each change on its way to a 31-point loss. Errant kicking for goal prevented the visitor from getting closer on the scoreboard.

The Power has won nine of its past 10 matches against Moe, which has won at Wonthaggi just three times from 18 visits.

LAST year’s wooden spooner Warragul will host Morwell, the team that currently sits on the bottom of the ladder.

The only side yet to win a match this season, the Tigers were overcome by Moe on Sunday. The Tigers will need to lift if they are to post a maiden victory tomorrow.

A poor start proved costly for the Gulls against Bairnsdale, having out-scored the Redlegs after quarter-time.

When the sides last met, the Gulls won by 44 points, their biggest victory over the Tigers since 1989. It also ended Morwell’s runs of 15 wins over Warragul.