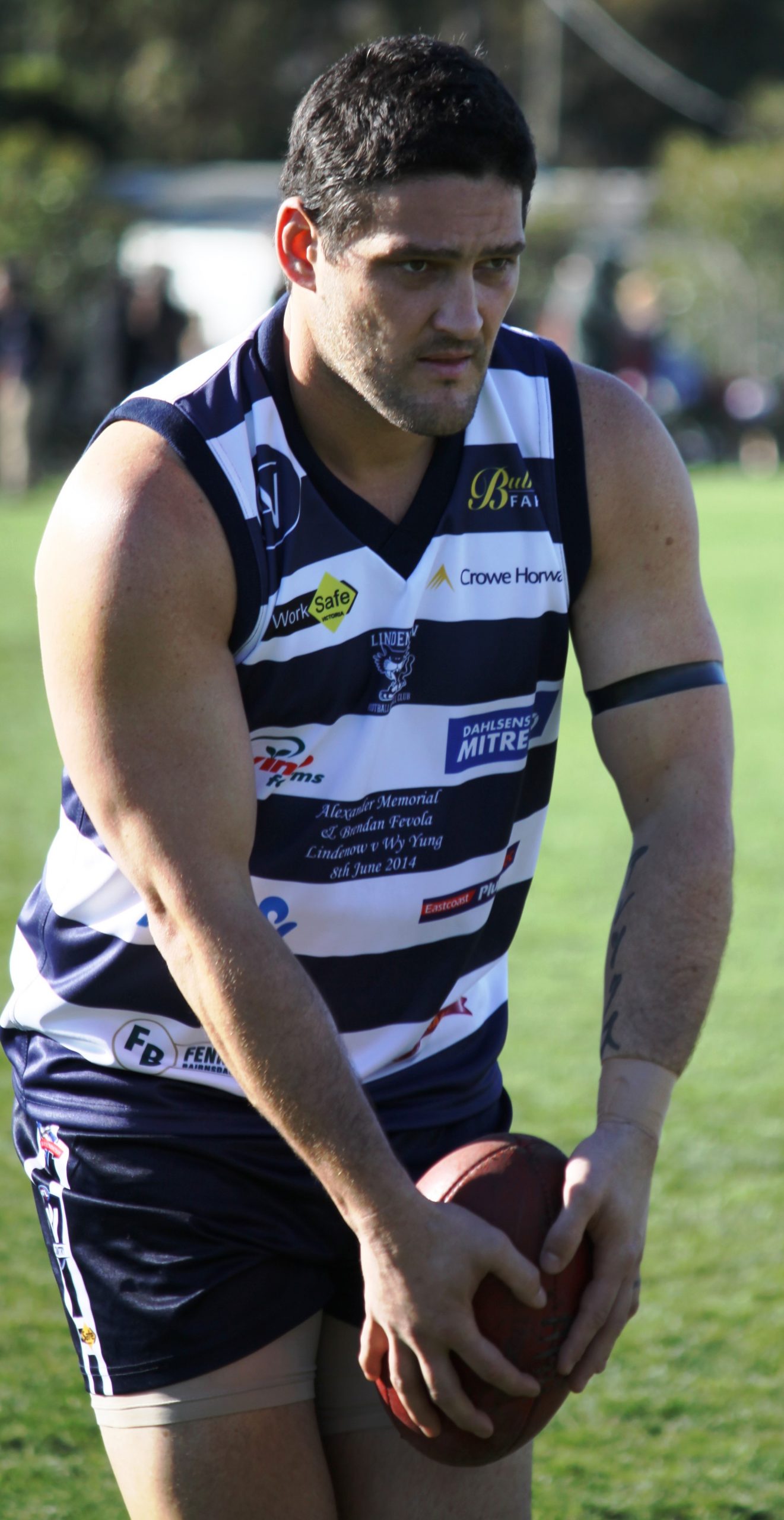 BRENDAN Fevola will take the field for Lindenow against Stratford during round nine of East Gippsland football on Saturday.

This will be the third time the former Carlton and Brisbane player has played for the Cats. After kicking a total of 22 goals in his previous two outings for the Cats, fans will be looking forward to another exciting performance.

The Swans’ young players will face some challenges, but should take advantage of the situation, as it is a rare occasion to face players who have kicked 623 AFL goals.

Lindenow promises a day of fun for the family, including pre-game entertainment, and later its annual ball at the Bairnsdale RSL, with Fevola being the special guest.

The Cats rebounded successfully from their first loss of the season, defeating Orbost-Snowy Rovers last weekend to maintain their eight-point lead on top of the ladder. The Swans are still looking for their first win of 2016.

The Bombers played well in shutting down a late challenge from Stratford to win last round, but will need to hold off the strong Paynesville team to maintain their spot in the top four.

LAKES Entrance faces Lucknow in a game which could go either way.

Both teams have had consistency issues, and Lakes will need to focus on the depth of its backline after an injury left it struggling last week.

Lucknow’s duel with Wy Yung was the match of the round, but the Magpies need to be able to finish all four quarters strongly.

The Tigers were able to pounce on Lucknow, but the Blues have a chance if they stand up on the day.

Despite being thumped by ladder-leading Lindenow last week, Orbost has had a couple of strong wins this year.