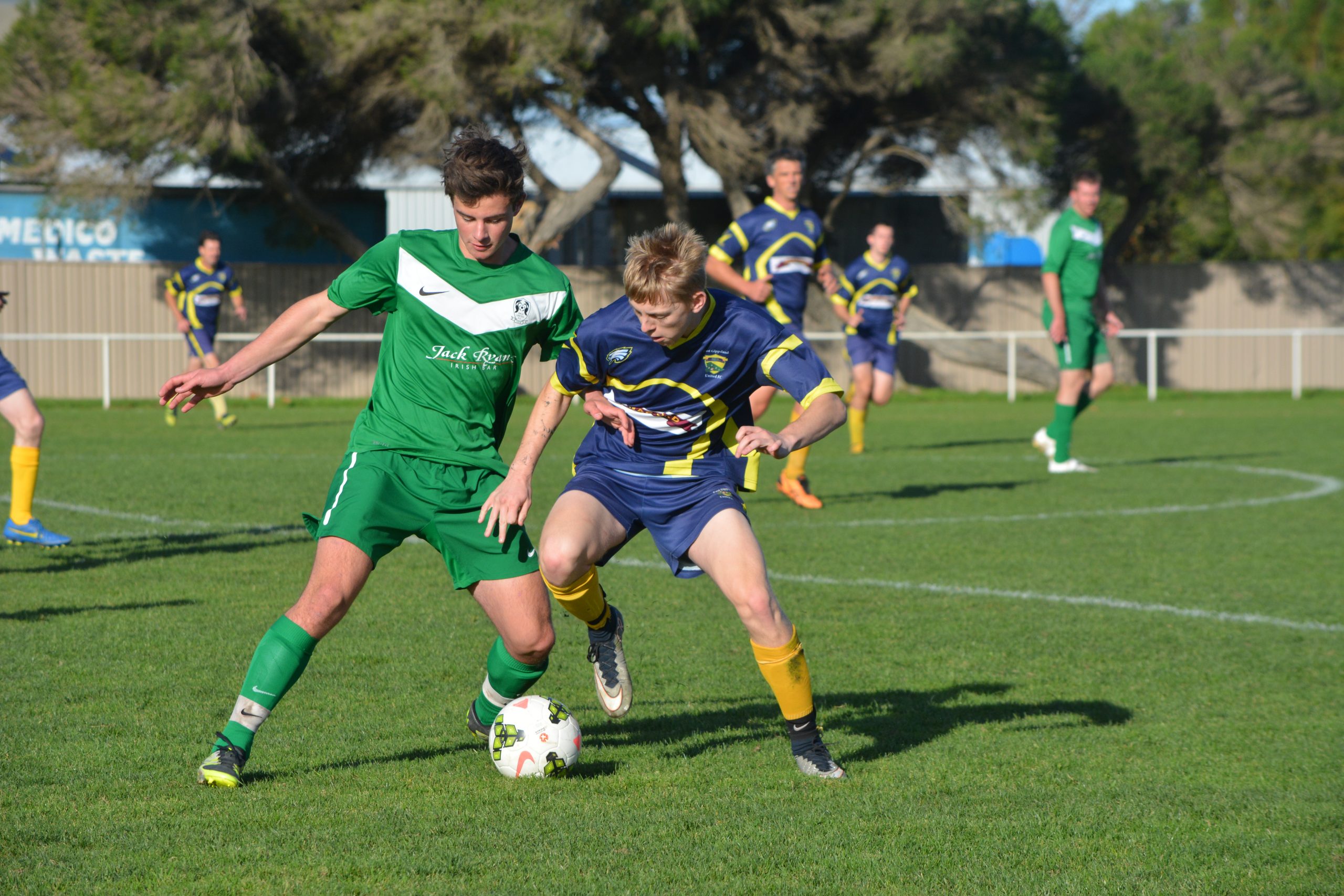 A 9-0 victory over East Gippsland United has moved Sale United back into seventh place on the Latrobe Valley Soccer League table.

The visitors arrived at Sale with some confidence following their first win of the season, but the Swans put paid to that with a dominant display.

Buoyed by that victory, the Swans will receive a greater test when they take on ladder leader Moe United twice next week.

The sides will meet in the league this Sunday at Moe, before meeting in Battle of Britain Cup semi-final on Wednesday night.

Moe sits alone on top of the ladder after trouncing Pegasus 12-0 and Falcons’ 3-0 win over previous leader Newborough-Yallourn United.

A LATE resurgence earned Churchill United a share of the points against Traralgon City in an explosive second half at Hazelwood South Reserve.

After a scoreless first 45 minutes, the Rams went 2-0 down midway through the second half before sparking into action to draw level late in the game.

It was a back and forth affair early on as neither side managed to gain clear control.

City finally broke the deadlock on 60 minutes when Stefan Sbaglia broke right and centred for Dave O’Dowd to prod home the Roosters’ first for the afternoon.

Churchill looked to have equalised when Mitchell Jackson deftly chested down a measured cross and volleyed home, only to be flagged for offside.

Closing in on 70 minutes, City had a second goal when a curling corner from Liam McCluskey was redirected into the net by Sbaglia.

That seemed to ignite Churchill’s fire, and it replied with a goal of its own two minutes later through Ray Myers, who danced around his marker on the right side of the 18 yard box and centred for Ellis Hayes-Hills, who made no mistake.

With about 10 minutes remaining, City conceded a free kick on the edge of the penalty area and Paul Riess thundered the set piece into the top left corner to draw level.

The Rams continued to press and had a string of chances late in the game. Neither side could find a late winner, resulting in a deserved share of the points.

MONASH came from a goal down to win a high-scoring contest against Fortuna in Morwell, 6-3.

The win pushed Monash to second on the ladder.

Ty Christy scored a hat-trick in his return to the Monash line-up, continuing his streak of scoring in every appearance this season. Coach Luke Cheney scored all three Fortuna goals.

In Sunday’s other result, Trafalgar Victory earned a fighting 2-2 draw with Traralgon Olympians. Tyers had the bye.

THIS Sunday, fourth-placed Newborough-Yallourn will host fifth-placed Churchill in another match which will have a major bearing on the top end of the table.

Falcons will head to Traralgon to play Olympians, Fortuna will be away against East Gippsland, Pegasus will welcome Traralgon City, and Tyers will host Trafalgar

Monash will have the bye.