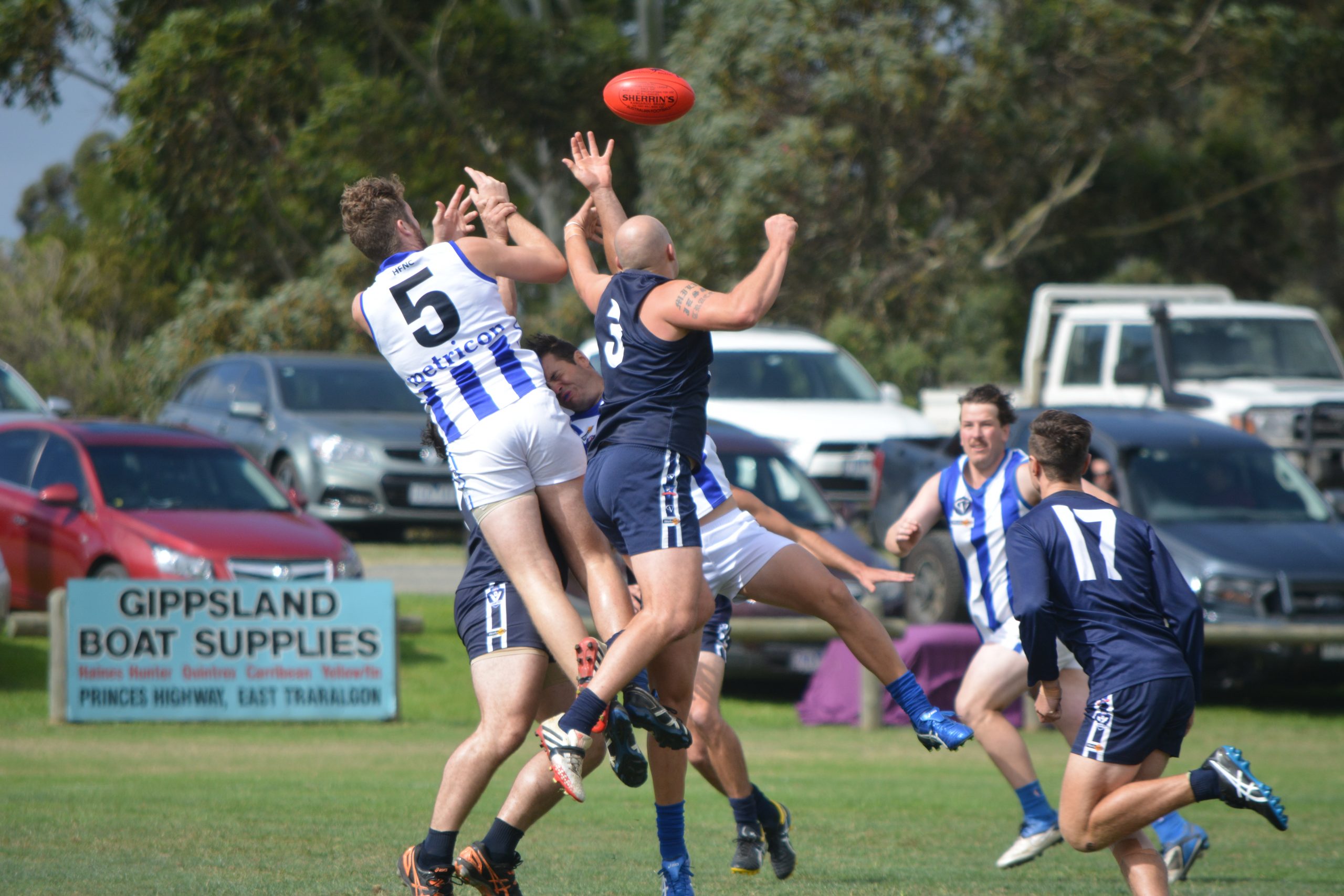 NINE months ago Rosedale and Heyfield were competing for a premiership.

On Saturday, they find themselves fighting tooth and nail for a spot in North Gippsland football’s top five.

The Blues emerged on top in the first grand final rematch of the season in round one, but enter the round 10 contest at Nambrok having won just one of their past five games.

Heyfield’s form is marginally better, having won three of its past four, albeit against the bottom three sides.

With the pair locked with Yarram on five wins and four losses at the halfway point of the season, wins in head-to-head match-ups could prove pivotal.

“We had Rosedale in round one when they were close to full strength and they were a bit different to last year. They looked a lot quicker and had a few faces that weren’t familiar.”

Stubbe has been working hard to introduce a new style of play this season and said confidence and belief were the keys to producing more consistent performances.

“Last year our skills didn’t matter too much, it was mainly about grunt work to get the ball forward, but this year we’ve got to always be on the move and back our ball users to make 20 to 30-metre kicks often under pressure,” he said.

“We’re trying to play with a bit more possession this year, to use the backwards pass if need be and break the lines and run the ball forward when the opportunity presents itself.”

“We played together at Maffra in the Gippsland League and being based in the level above we’re both probably bringing similar ideas to the table,” Stubbe said.

Having seen his side take the game up to high-flying Woodside last weekend, Bristow is looking for a response, following the disappointing final term fade out.

“Our last quarter has been our best quarter all year, so I backed us in to finish strong, but it didn’t happen,” Bristow said.

“It’s something we pride ourselves on, but we won’t change a lot, we still believe in the process.

“It’s always a tough game against Heyfield. It doesn’t matter where they sit on the ladder you know you’re in for four quarters of footy. No one likes playing them.”

Blues captain Dale Fleming got through his comeback game unscathed last week and his return to fitness takes some pressure off the injury-ravaged side.