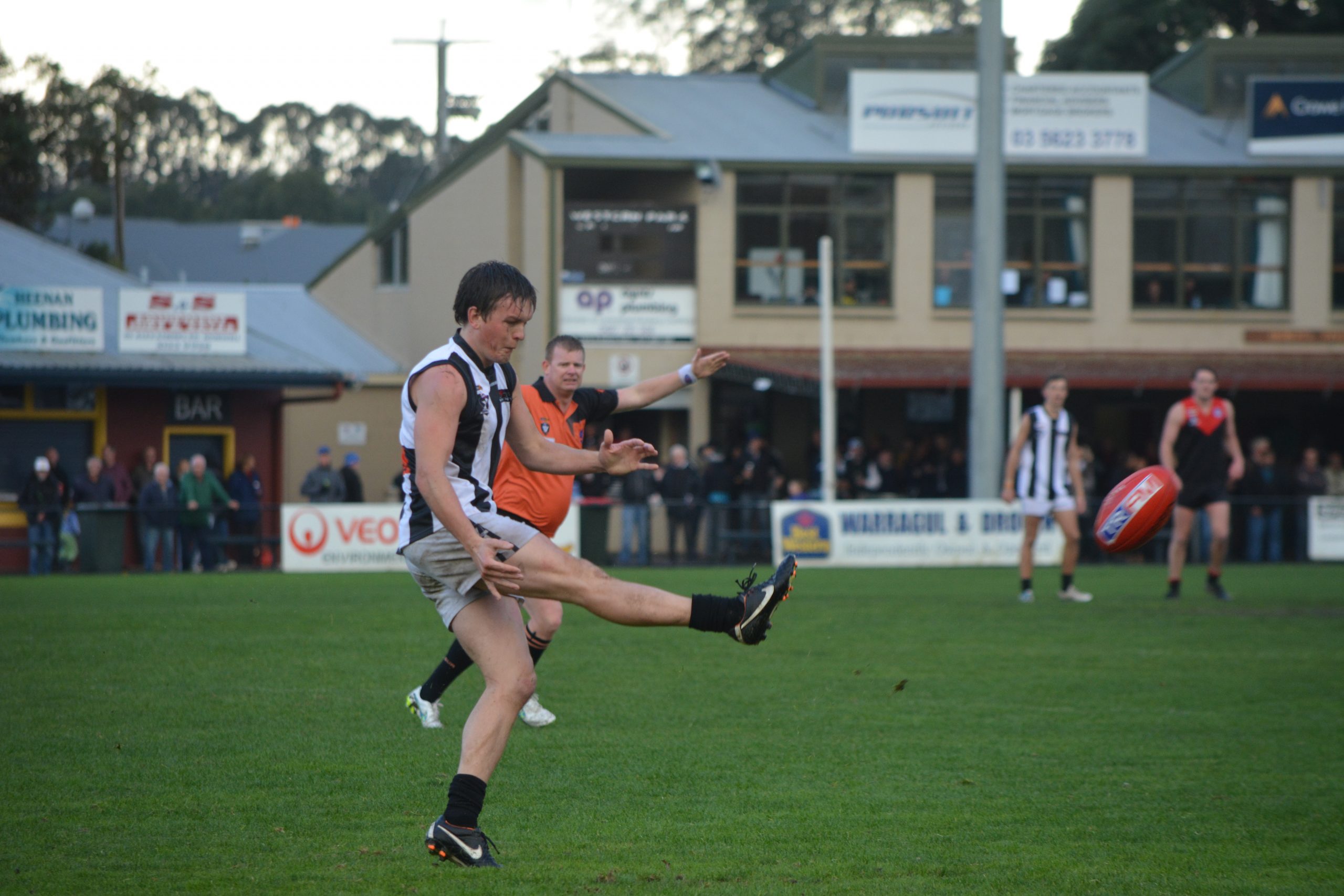 SALE will host Drouin on Saturday during round eight of Gippsland League football.

These sides have struggled in recent weeks. With the teams having performed well below expectations, tomorrow’s match will provide an opportunity to reignite their season.

Sitting in eighth place on the ladder, the Magpies have lost their past four matches.

The Hawks are on the bottom of the ladder, having just one draw in the six matches since their only win of this season.

At Warragul last weekend, the Magpies was outplayed in the midfield for three quarters, unable to make the most of Jack Lipman’s efforts in the ruck. Trailing by 44 points at three-quarter-time, the Magpies rallied in the final term to reduce the deficit to 28 by full-time.

The way Sale finished that match should give the side cause for optimism heading into tomorrow’s match.

The Magpies welcomed back experienced players Jordan Dessent, Jamie Sweeney and Joel Wallace. They will be better for the run, as Sale seeks a mid-season surge up the ladder.

The Magpies have won their past eight matches against the Hawks. The four-goal margin the last time they met was the closest the Hawks have got to the Magpies during that period.

Tomorrow’s match will coincide with the Sale past players reunion, celebrating the Magpies’ 1986 senior and 2006 reserves premierships.

MAFFRA will be making the long trek to Wonthaggi.

There is more at stake for the seventh-placed Power.

Sitting on two wins and five losses after being in the finals the past three years, the Power have slipped off the pace this season.

However, the Power is only one win outside the top five, having arrested a five-game losing streak last weekend by defeating Drouin at home by 48 points.

The Eagles will be buoyed by their fighting win at Traralgon, which put them into second place on the ladder.

After such a good performance, their best of the season so far, the Eagles won’t want to let tomorrow’s match slip. With the season nearing the midway point, the sooner the Eagles can secure a place in the top three the better.

The past two times the Power and Eagles have done battle the games have been thrillers.

At Wonthaggi in round 18, Maffra won at Wonthaggi for the first time since 2010.

In the first semi-final, the Eagles came from 22 points down midway through the fourth term to boot six unanswered goals to snatch victory.

Warragul hasn’t defeated Traralgon since 2009, a run of 13 comfortable losses. That fact won’t deter the Gulls, who ended another 13-game losing streak last weekend, when they comfortably accounted for Sale.

The Maroons fell to third place after their loss at home to Maffra, and another defeat on Saturday will put them equal on points with the Gulls.

A SPOT in the top five will go to the winner of the match between Bairnsdale and Moe.

With both sides rebounding from losses, the Lions occupy fifth place ahead of the Redlegs on percentage.

Bairnsdale missed a good chance to return to the top five when it lost to Morwell last weekend, while the Lions were outclassed by Leongatha.

INTEREST in the match between Leongatha and Morwell should centre on the size of the Parrots’ victory.

The Parrots continued their brilliant start to the season last weekend with another big win over Moe. Oppositions are finding it hard to score against the Parrots, who are conceding an average of just 36.28 points per match this season.

The Parrots’ multiple scoring options are also proving a handful.

The Tigers lost their first five matches before a draw and a win the past two rounds.