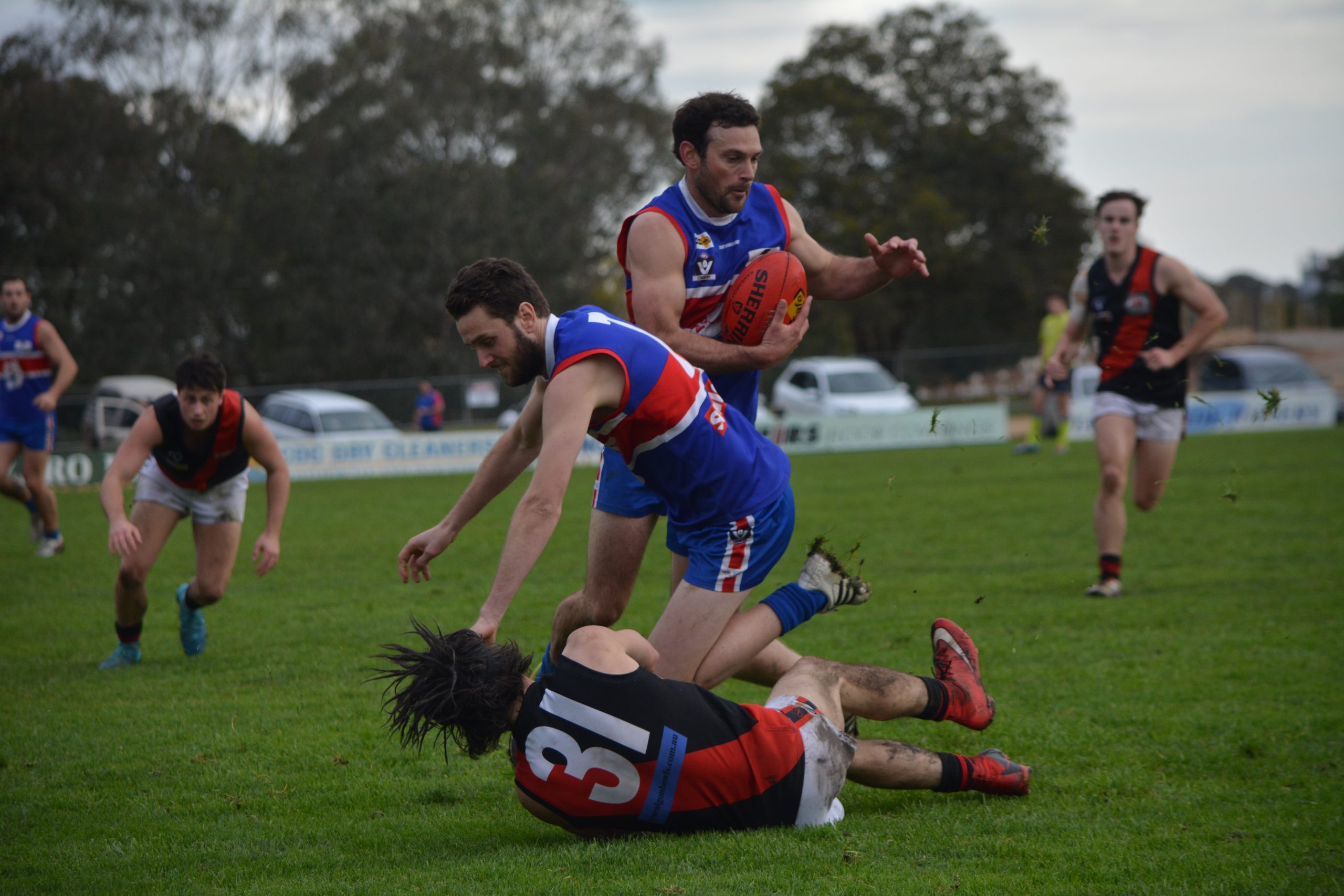 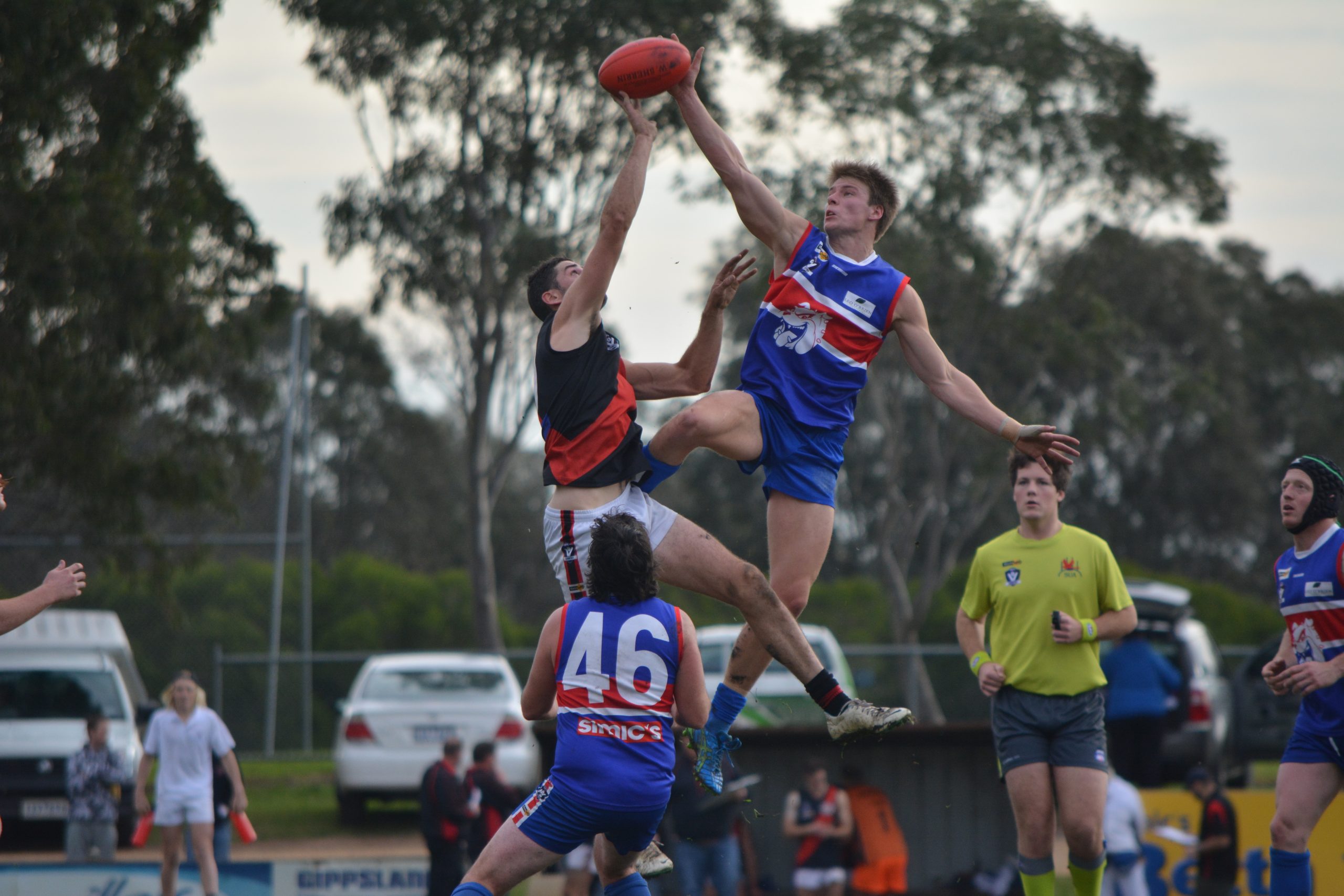 In coach David Piasente’s first game back in two months, the Bulldogs found form in the second half and ran away with the game.

TTU was ahead by a point at quarter-time, and stayed with the Bulldogs until the home side came to their senses at half-time. The visitors were then kept to a single goal in the third quarter, while Sale City piled on six.

Best-on-ground Josh Tollner, Jacob Schuback, and Kerrod McGregor-Davies kicked two goals each, while Jay Neagle and Lincoln Albanese also got a pair each for the Bombers. Scott Zuehlke was best for TTU.

In their first game at Heyfield this season, the Kangaroos booted seven goals to two at the end, after being 12 points down at half-time.

Mitchell Dowse, back at the club after a clearance from Balwyn, kicked five goals, and Joel Dinsdale and Jesse Jackway kicked four each, with James Beha best for the home side.

Brendan Holt and Tim Darby scored three goals each for the Cougars, with Chris Williams their best.

Churchill is still second on the ladder, with a strong percentage keeping it in front.

Despite staying in front for the entire match, the Saints surged with a seven goal final quarter, but the home team was too strong.

After a lacklustre start, the Blues found their feet in the second, keeping Yarram to a single goal, and there was a single point difference at the end of the third.

Yarram finished strongly, kicking four goals to one, to stay in front.

Chris Bruns was best for the visitors, kicking two goals, while Brandon McDonald kicked four for Rosedale, with defender Sam Tudor its best.

GLENGARRY jumped into eighth place on the ladder after a 51-point home victory over Gormandale.

The host was off to a fast start with seven majors in the first term to lead by 31 at quarter-time. From that point, the Tigers were playing catch-up and never really got in for a sniff.

Travis Patten and Shae Duncan kicked three goals each for the Magpies, with Hayden Britten best-on-ground.