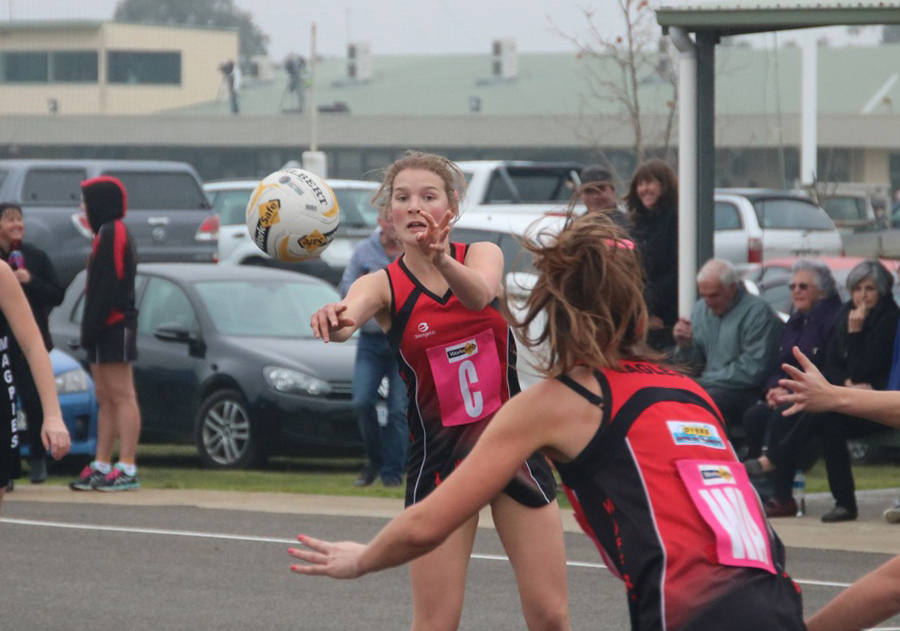 MAFFRA and Sale shared the spoils on the netball court on Sunday in the Gippsland League.

The A grade match was a very good standard, despite the drizzling rain. Maffra got an early break, and Sale fought hard to bridge the gap.

At three-quarter-time, Maffra led 24-30, and after a 9-9 final term, the Eagles went on to win 39-33, keeping their finals chances alive as they are only four points off the top five, with three wins.

In B grade, Maffra, second on the ladder, had to work hard for its win over Sale, which is second last with two wins.

Scores were level at quarter-time before Sale led by 20-19 at the main break. Maffra led by three goals at the final change and went on to win 41-38.

In another close match in C grade, Sale, in second place on the ladder, met fifth-placed Maffra for a shoot-out.

Maffra led at every change and went into the final quarter in front 22-20 before holding on to win 30-27.

In the under 17s, top of the ladder Sale played fifth-placed Maffra. Scores were close early, with Sale gradually edging away to win 46-28.

Sale won the under 15s match 41-30, while in the under 13s match, ladder-leading Sale got away to a flying start to defeat second-placed Maffra 59-26.