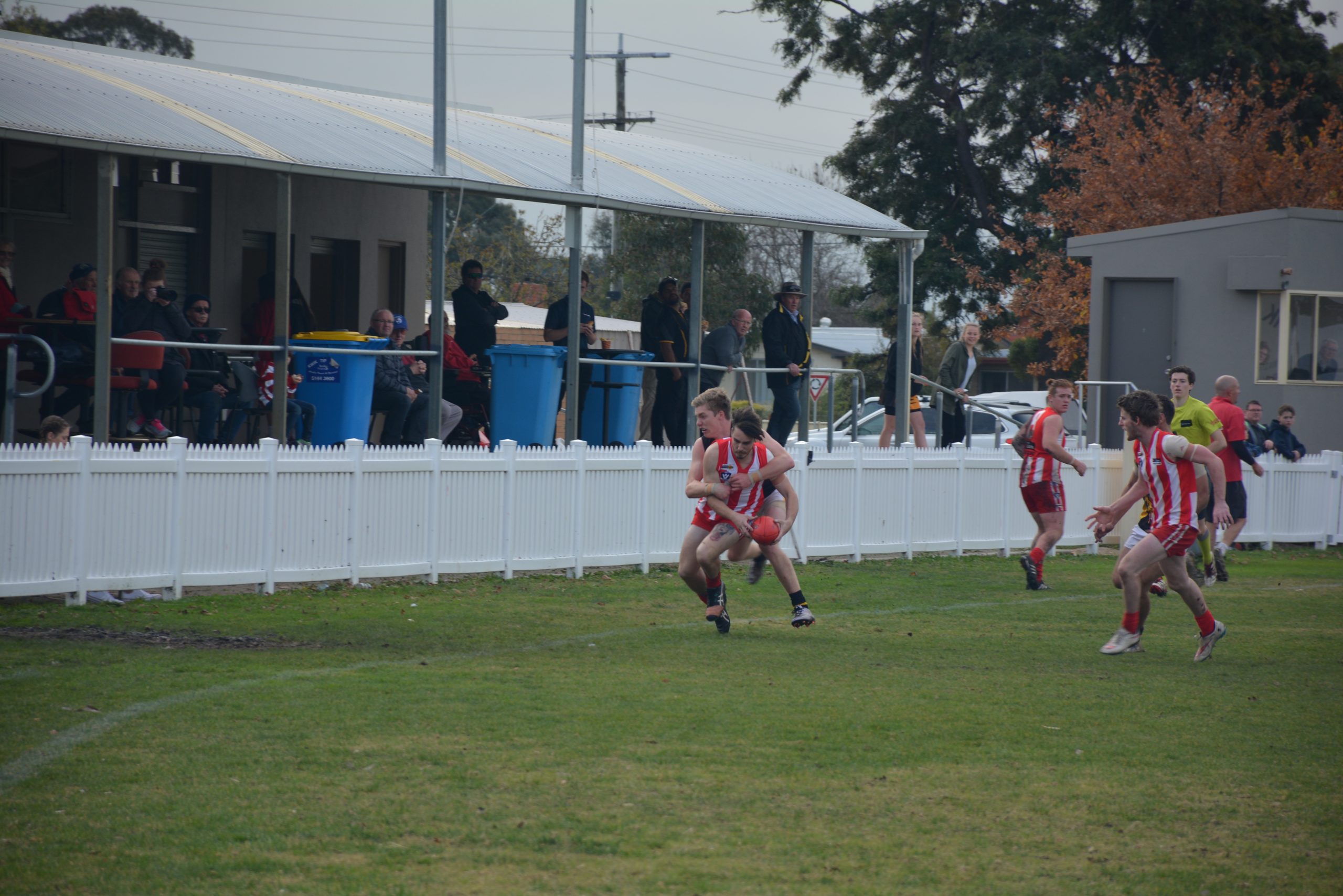 STRATFORD was out-classed at home by Wy Yung, which consolidated its hold on fourth place on the East Gippsland football ladder.

The Swans were kept goal-less in the second term, as both teams put in strong defensive performances, however the visitors made better use of their opportunities. The Tigers then opened up, scoring 7.8 in the third and five goals in the fourth.

The win shores up Wy Yung’s place in the top four, and drastically improved their percentage.

Liam Lemon put in a solid performance for the Swans in the midfield and up forward, and Josh Kiss kicked two goals, while Brayden Mccarrey and Sam Denby-Blake kicked five goals each for the visitors. Dion Ljujic was best for Wy Yung.

LINDENOW continued its dominance of East Gippsland football, defeating Boisdale-Briagolong 12.12 (84) to 9.7 (61) at home.

The Bombers weren’t able to keep up, with the Cats in front by at least three goals during the second half.

Jeremy Woodward was best for Lindenow, while Michael Preston impressed with four goals, and Lachlan Dumaresq added three to his total.

Boisdale-Briagolong had a host of single goal kickers, with Rhys Johnson their best on the day.

The Gulls were two points behind at half-time, and were let down by inaccurate kicking. Lucknow was kept to a single goal in the third term.

Damien Ashcroft kicked four goals for the visitors and was their best, while Shaun Ryan kicked three goals for Lucknow, with Billy Trinder its best.

A five-goal final term for Orbost brought the margin to a dozen points at the end, after the Seagulls kept it to a single goal in the third term.

Curtley Nettleton was best-on-ground for the Blues with his four goals, while Kenny Puruntatameri kicked three for the visitors, and Zac Svetlik was their best.

Payneville and Lakes Entrance’s wins also make their positions in second and third respectively much stronger, now two wins away from the rest of the pack.