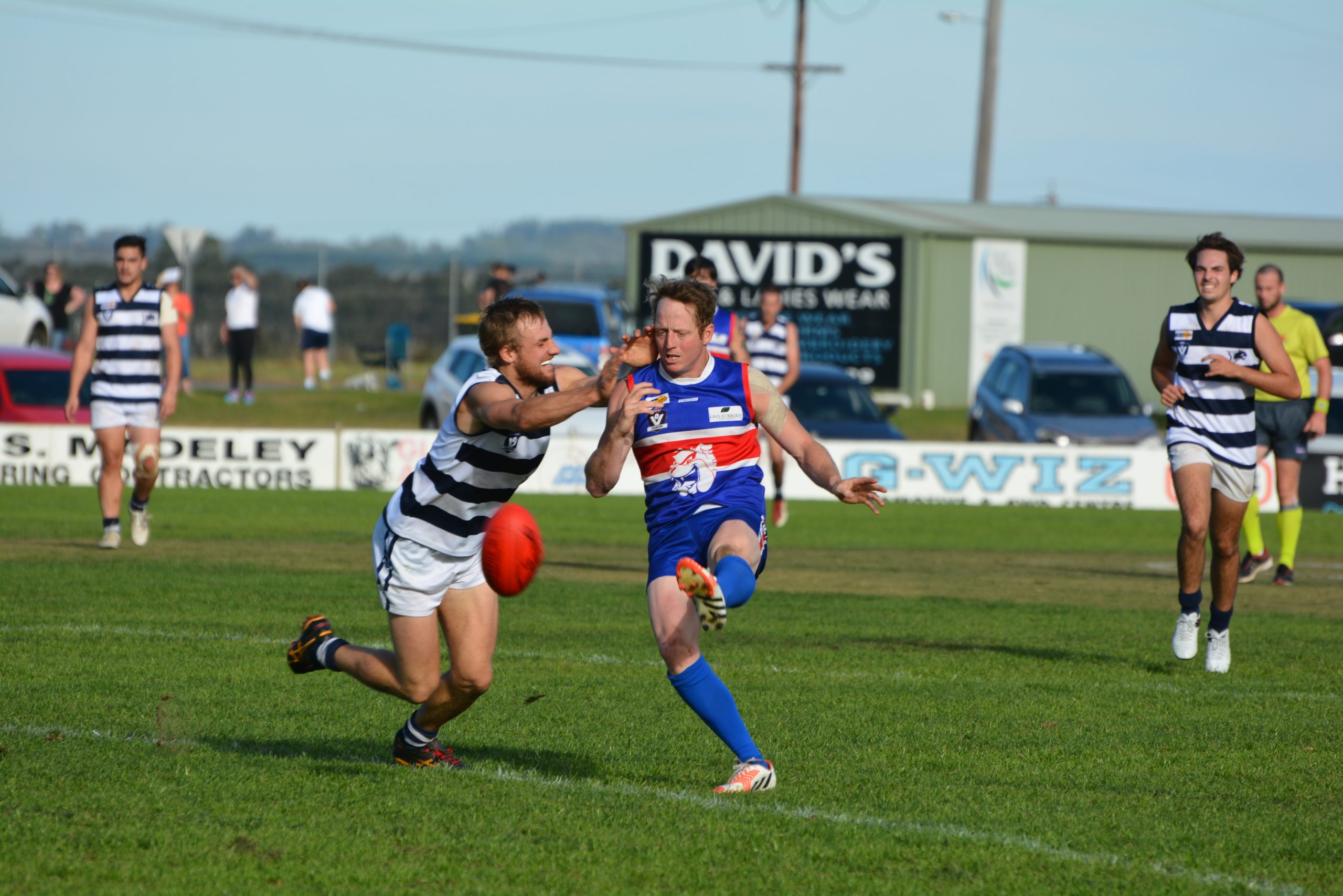 WOODSIDE will be out to banish the demons of its heavy round four defeat by Sale City when it hosts the North Gippsland football frontrunner on Saturday.

The undermanned Wildcats were humbled by 141 points at Stephenson Park that day, but coach Gary Jones was confident his side was much better prepared this time around.

“We had a lot of guys out last time and they gave us a real towelling,” Jones said.

“It was a bad day and we want to erase that memory.

“We know they’re a good side and we’ve just got to make sure we don’t let them play on their own terms.

“It goes against our grain to shut it down and force stoppages, so if we can’t win it on the inside we’ve got to put pressure on them on the outside and force them into turnovers.”

Woodside will have to do without ruckman Aidan Fitzgerald (hamstring) and Northern Territory import Dylan McLachlan (shoulder), but should regain fly in, fly out star Keegan Dingo and Tim Hendricken, who missed the loss to Churchill with a sore groin.

The Wildcats have arguably been the surprise packet of the season, having spent just one week outside the top three.

However, with Rosedale and Heyfield finding form and Yarram holding firm, the gap between the top three and the bottom five is closing fast.

Should the Blues defeat Churchill and Woodside fails to overcome the Bulldogs, just one game will separate third from sixth with three games to play.

“We’re aware of how big a game it is. We want to win and expect to win and if we turn up to play we believe we’re a chance,” Jones said.

“If we can win against the odds here it goes a long way to cementing our place in the four and shows us we can match it with the top teams if we face them deep in finals.”

Sale City coach David Piasente missed the win against Glengarry two weeks ago to witness the birth of his third child, but will be back in time for tomorrow’s game and predicted a much tougher encounter.

“They are going to be a hell of a lot better than they were earlier in the year and we’ll need to turn up with a strong mindset to beat them,” Piasente said.

“We need to make sure we move the ball quickly and be wary of their dangerous forwards.”

Both teams will be fresh from the split round break and eager to ensure they are playing their best footy at the right end of the season.

In other round 15 games, Rosedale will put its finals credentials to the test against Churchill, Yarram will take on Traralgon-Tyers United and Cowwarr will meet Gormandale, while Heyfield hosts Glengarry in the Gippsland Mental Health Round feature match.