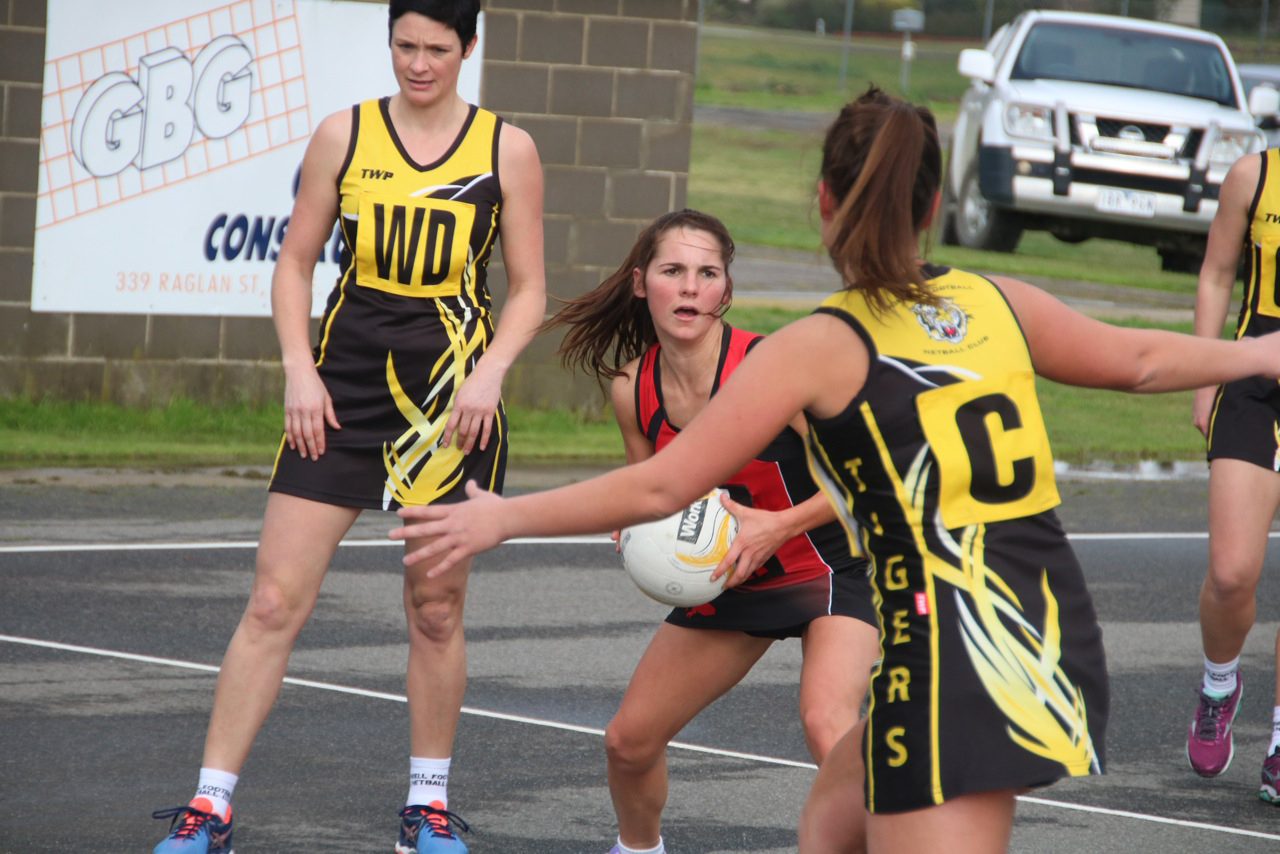 MAFFRA proved no match for Morwell at home during round 14 of Gippsland League netball.

The third-placed Tigers won 51-18 on Saturday.

Sale also lost at home, going down to Leongatha 41-26. The win keeps the Parrots in touch with the top five.

WOODSIDE bounced back from its first loss of the North Gippsland netball season with a 47-41 win against Sale City.

The battle for fifth spot rages on, with Glengarry (fifth) losing to Heyfield 34-24 and Cowwarr (sixth) falling short against Gormandale 36-40, while Yarram (seventh) closed with two points with a narrow 32-30 win against Traralgon-Tyers United.

LOCAL rivals Boisdale-Briagolong and Stratford could not be separated on the netball court, finishing their match at Boisdale level at 45-45.

Following their second drawn match of the season, the second-placed Swans are now 20 points behind top side Wy Yung.

Boisdale-Briagolong moved into fourth place, ahead of Lakes Entrance, which plays in the second half of the split round next weekend, on percentage.

In the other match to begin the split round, Wy Yung defeated Lucknow 55-38.