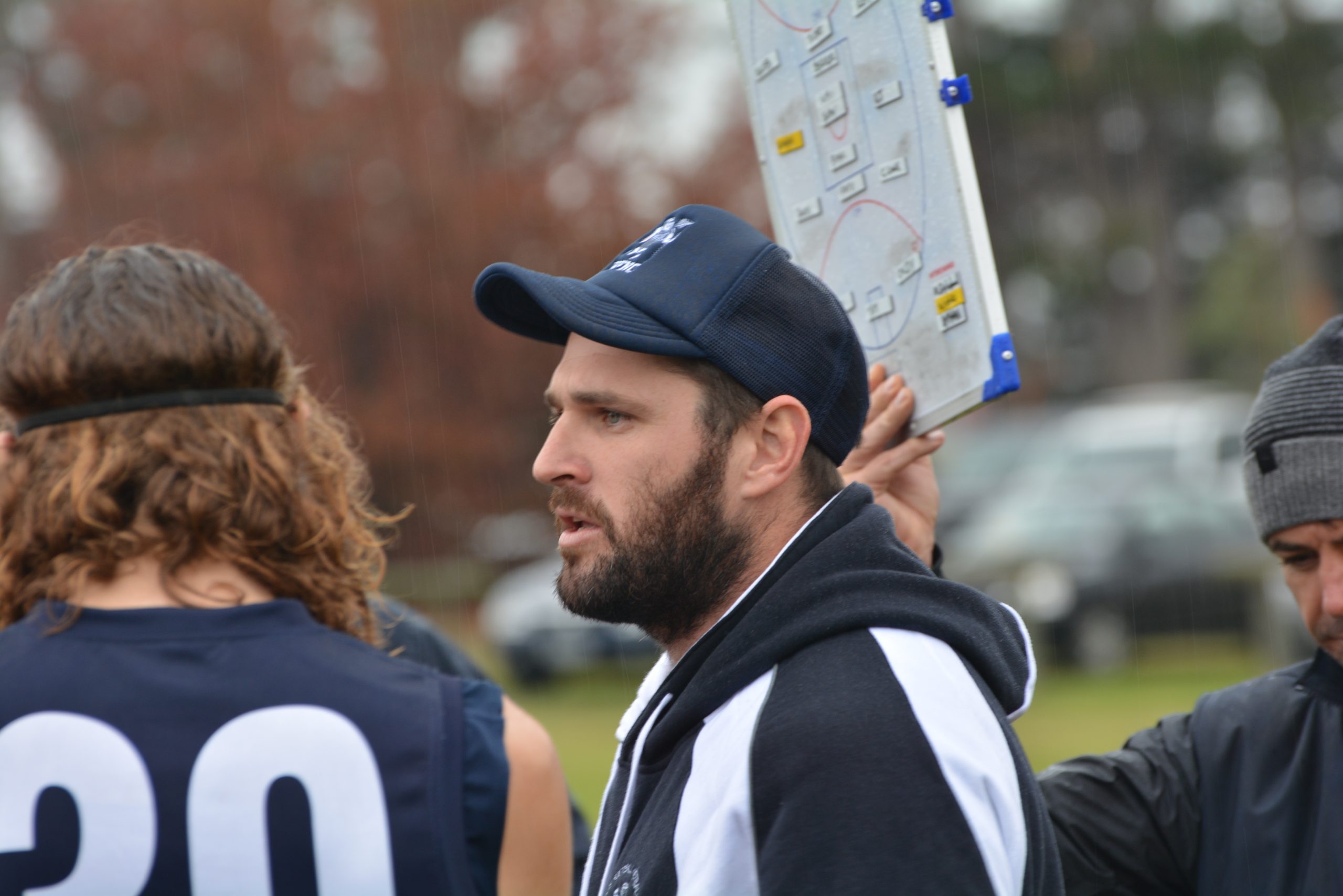 IT is now or never for reigning North Gippsland football premier Rosedale.

The Blues entered last chance saloon last Saturday, when they fell to Churchill in the wet, and cannot afford one more slip-up if they are to defend their flag.

But while there is a chance, there is hope and Rosedale coach Sam Bristow is doing everything he can to rally his troops for one final push, starting with a trip to Stephenson Park to take on Sale City on Saturday.

“All we can worry about is sticking to our game plan and what we can control,” Bristow said.

“We have to beat City to be any chance and go from there.

“How do you beat an all-conquering team like Sale City? They are good when it’s dry and they have big bodies that make them strong in the wet, but we have to find a way.”

The Blues lie two wins outside the top five with three rounds to play, with Yarram, Woodside and Heyfield still within reach.

Rosedale boasts a better percentage than the Wildcats and Kangaroos, but that edge will count for little should the Blues fail to defeat the Bulldogs and, as expected, their rivals defeat bottom sides Glengarry and Gormandale on Saturday.

Plenty of coaches are likely to be counting the cost of last weekend’s harsh playing conditions, and Bristow was not confident of Luke Stuckey being passed fit, following a recurrence of the shoulder injury that sidelined him between rounds four and 11.

The Blues only managed one goal from 13 scoring shots against the Cougars, but it wasn’t through lack of effort and Bristow hoped reward was just around the corner.

“It wasn’t that cold like it was down at Yarram or Woodside but we had blokes struggling to kick the ball at all,” Bristow said.

“I have to give the boys credit, they never stopped trying we just weren’t able to get the score on the board.”

The Bulldogs are unlikely to make Rosedale’s task any easier, with victory assuring the home side the minor premiership. A win would maintain its two-game gap at the top of the ladder and, coupled with a vastly superior percentage, an unassailable lead, even if Churchill defeated Yarram at home in the round’s other key fixture.

The clash at Stephenson Park could also prove significant in the race for the league leading goal-kicker award. Rosedale’s Brandon McDonald leads the way with 61 majors for the season, but Bulldogs star Jacob Schuback cut the gap to three with four goals to McDonald’s one last week.

Traralgon-Tyers United will host Cowwarr in the final match of round 16.