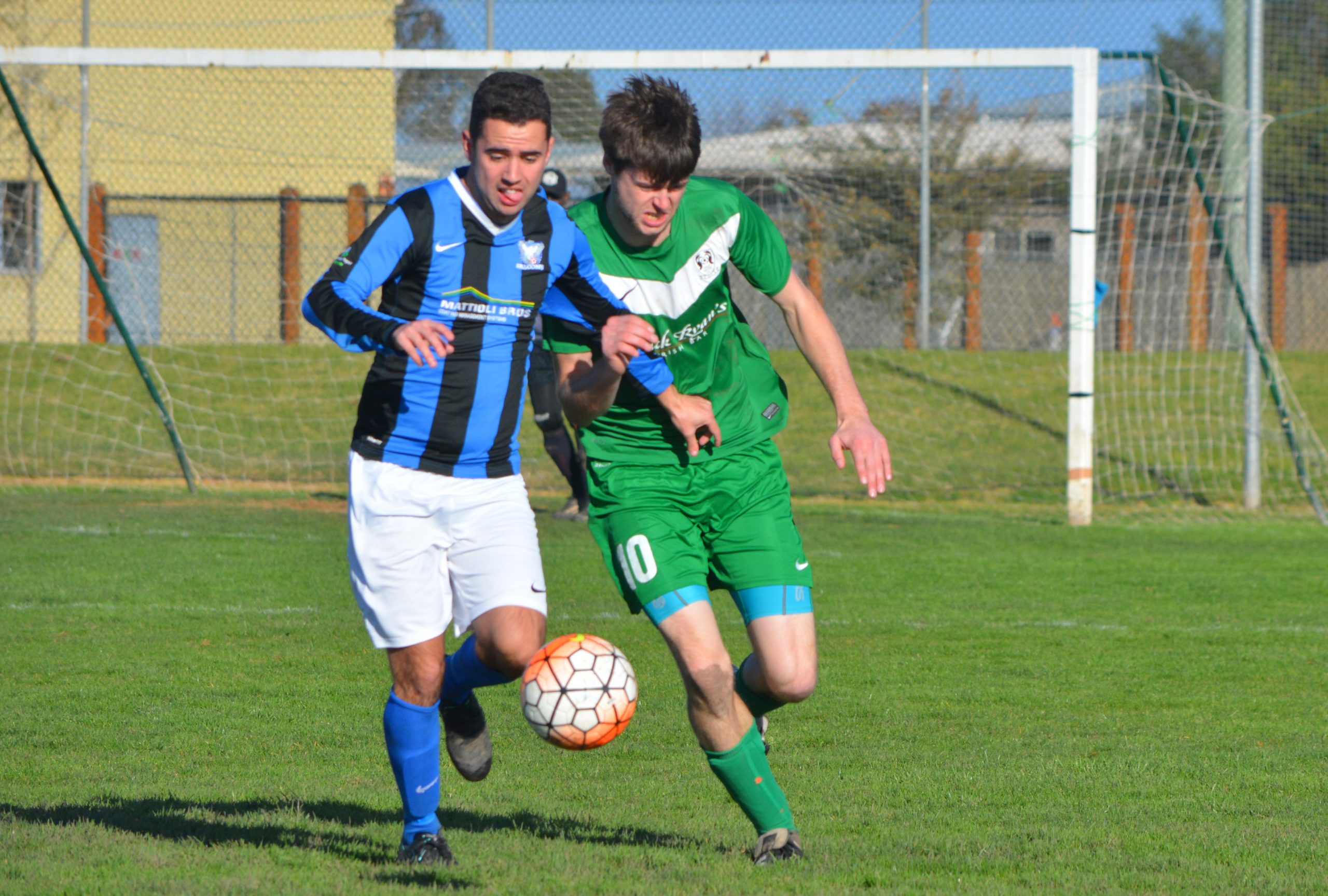 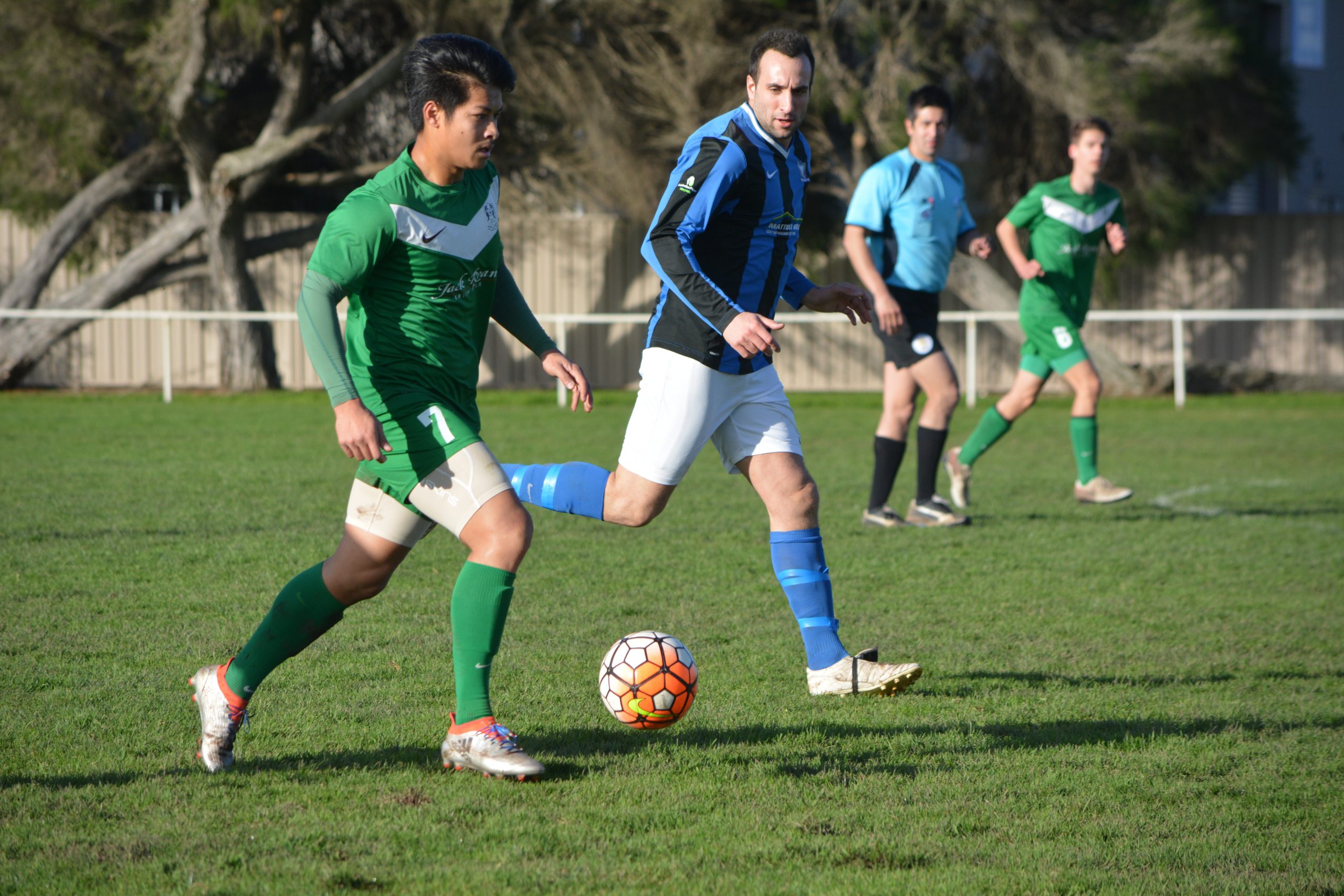 SALE United lost at home to Falcons 7-4 in the Latrobe Valley Soccer League on Sunday.

The Swans were on the back foot early, conceding four first half goals

The home side had the better of the second half, scoring four goals through Kristian Phillips, Josh Deschepper, Troy Yamaguchi and Alan Harris, while the visitors found the back of the net three more times.

Falcons sharpshooter Jesse Kennedy extended his lead on top of the league goal scoring list with a hat-trick, Isaac Abas scored a brace, while Nick D’Allesandro and Daniel Edey scored a goal each.

The result helped third-placed Falcons close the gap to the top two sides.

MOE United and Newborough-Yallourn United remain locked together at the top of the ladder after fighting out a 3-3 draw at Burrage Reserve.

Leading 3-1, the Combine was on track to collect all three points, but conceded two late goals to the resurgent Red Devils, who made all the end-game running to nab a share of the spoils. It was a case of deja vu for NYU which relinquished a lead to draw with Moe in their previous encounter this season.

NYU controlled much of the possession for the first half hour despite losing key playmaker Marc Mchallam early to a hamstring twinge.

The home side took the lead at the 30-minute mark when a well-weighted corner found Jayden Mathison, who rose highest at the back post to nod home.

The lead was short-lived when Matt Shearing tucked away a tidy finish from the left edge of the box two minutes later.

NYU was showing plenty of poise on the ball and Mark Fairbrother was peppering away at goal, particularly when offered free kicks in range, while Moe mainly played on the counter.

The Combine reclaimed the lead in the second half when Fairbrother hammered a lethal left-foot strike into the top right corner from 25 yards.

NYU almost added another when Clayton Bell made a neat turn at the edge of the 18 yard box and unleashed a powerful shot, but goalkeeper Peter Albanese managed an athletic tip over the crossbar. But from the ensuing corner kick, Adam Batt added a third NYU goal with an angled header with 20 minutes remaining.

Seven minutes later, Lee Dastey chipped his free kick into the path of Nick Dastey, who flicked his header into the back of the neck to peg back the margin for Moe.

The Red Devils pushed hard for an equaliser and found plenty of run through wide man Sam Gatpan and substitute Sam Lietzau.

The latter created something out of nothing to draw scores level, forcing a turnover in the middle of the park, dancing around two defenders and chipping a clever pass to Shearing, who deftly knocked the ball over NYU goalkeeper Michael Bloss.

Having drawn level, Moe continued to press for the final 10 minutes with two Lee Dastey free kicks finding teammates heads at close range, but neither was converted.

CHURCHILL United defeated Pegasus 3-0 in Morwell, with Monash defeating Tyers at home with the same scoreline.

Liam Antonelli and Anthony Pardo scored four goals each as Traralgon Olympians thumped East Gippsland United 12-0 in Bairnsdale, while Fortuna had a 2-1 win over Trafalgar Victory.

Traralgon City had the bye.

LOOKING to keep in touch with the top eight, Sale will travel to Churchill this Sunday, while Newborough-Yallourn will host Traralgon City, Olympians will host Moe, Tyers will take on East Gippsland at home, and Monash will head to Trafalgar.

The round will begin on Saturday night with a Morwell derby between Falcons and Fortuna.

Pegasus will have the bye.