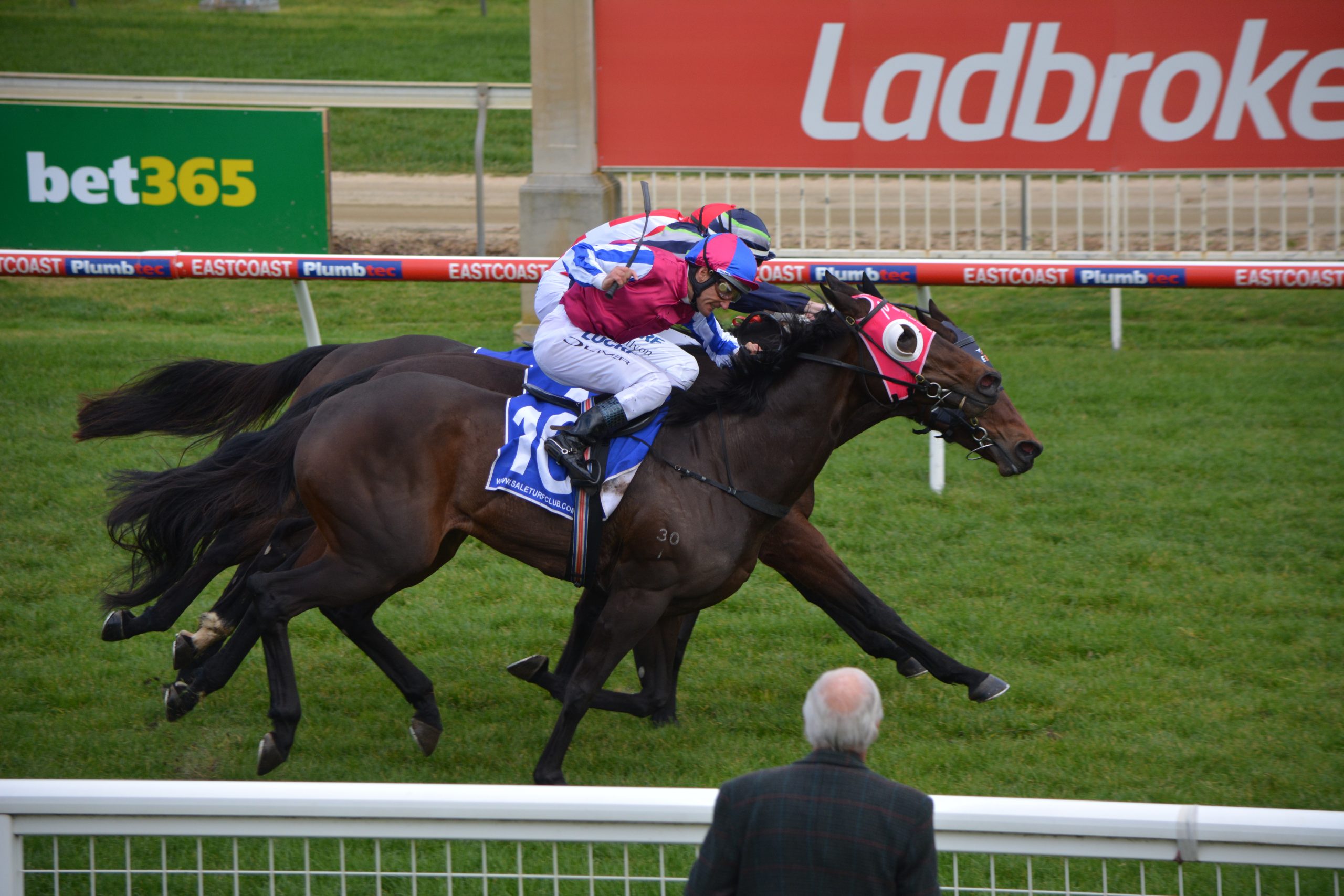 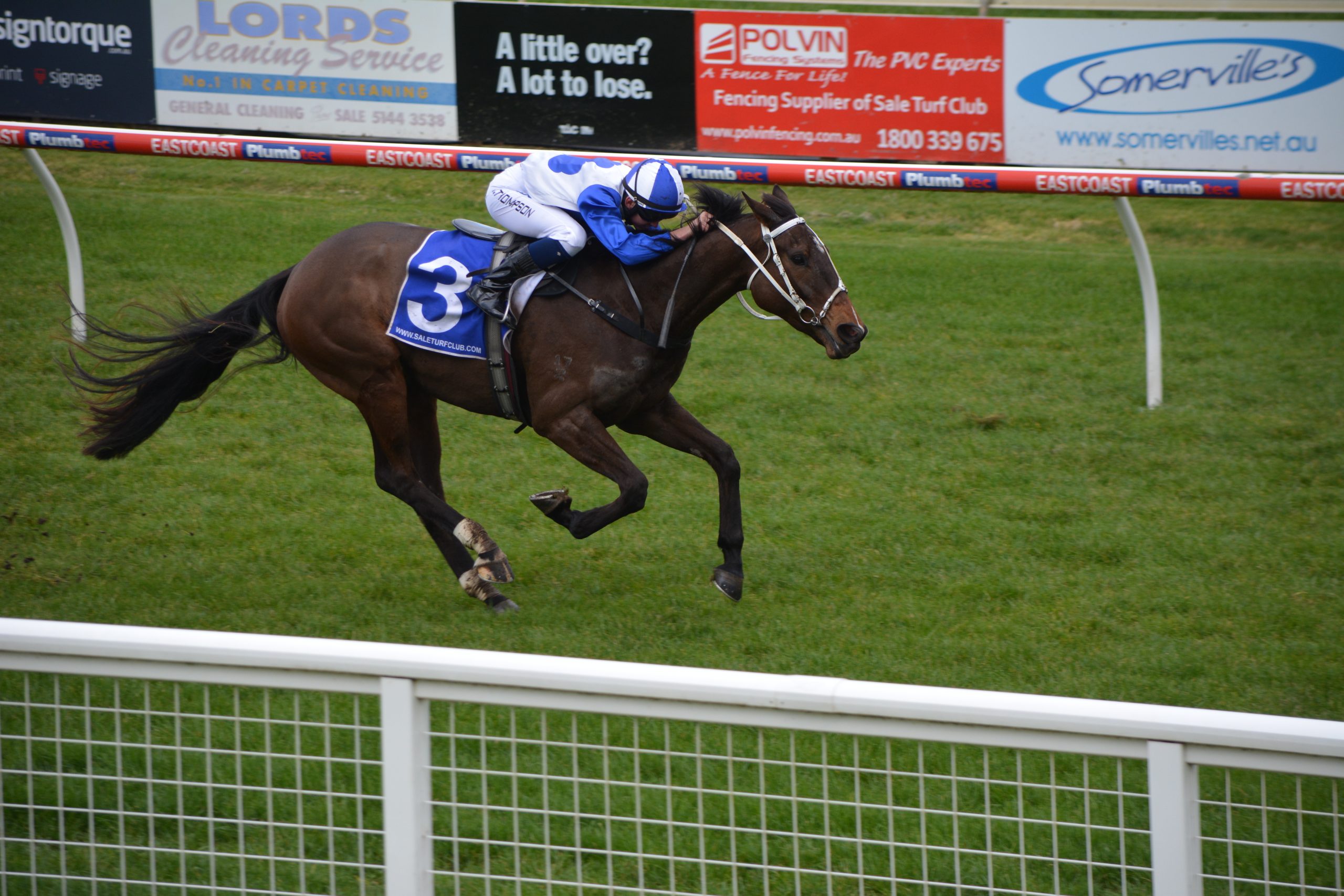 Sale trainer Sharyn Trolove and jockey Ben Thompson combined to win the race two maiden plate with four-year-old gelding Hard To Kiss. Hard To Kiss was placed at Sale in June and July.

Beau Mertens had the winning ride for Sale trainer Mario Farrugia’s consistent galloper Bally Paddy, who claimed the first leg of the quaddie. Bally Pally won at Moe in June, was second at Sale last start, and has a good strike rate of three wins and 10 placings from only 21 starts.

Some owners travel long distances to support their horses. Marg and Bill Reid from the New South Wales Central Coast, who flew from Newcastle to Melbourne, and drove to Sale just to watch Vysotsky race.

Sleepless Nights won race three, the fillies and mares maiden plate, thanks to another outstanding ride by Damien Oliver, ahead of Caribbean Queen, ridden by Andrew Mallyon, in a photo finish.

Race seven, the benchmark 70 handicap, was won by First Course, ridden by Ethan Brown and trained by Ken Keys at Cranbourne.

The next meeting at Greenwattle will be held on Thursday, August 18.