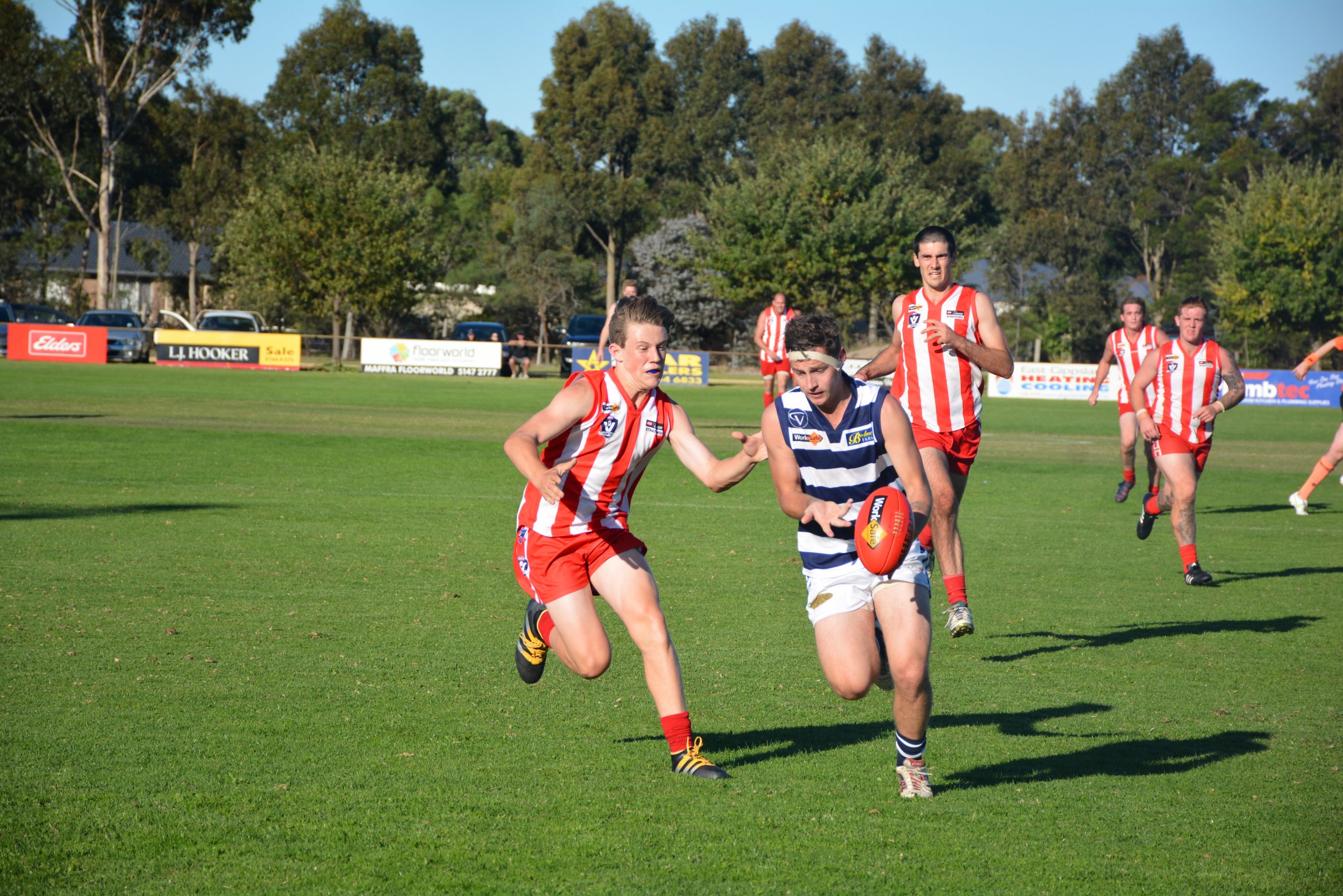 STRATFORD will host Lindenow in round 16 of East Gippsland football on Saturday.

While the Cats will likely be looking to stretch their legs against the league’s minnows, Stratford’s shock win over Lucknow in punishing conditions in round 13 proved the young Swans have fight in them.

Lindenow is four wins clear on top of the ladder, with its victory over Orbost-Snowy Rovers last weekend securing it the minor premiership.

BOISDALE-Briagolong heads to Paynesville for what should be a challenge.

The Gulls have been playing very well in the second half of the season, while the Bombers are two points behind dark horse Orbost-Snowy Rovers, which is fourth.

Boisdale-Briagolong will need to get in front early and hold on as tightly as possible to keep its finals hopes alive.

ORBOST-Snowy Rovers will host Wy Yung in what could be the match of the round.

The Blues have found themselves in the top four, having won four of their past five games.

Wy Yung, on the other hand, has not had a good run, but should it win, will move two points ahead of the the Blues on the ladder.

Any advantage over rivals Boisdale-Briagolong and Lucknow will come in handy at this point in the season.

LAKES Entrance will travel to Lucknow, and should be feeling confident.

The Magpies thrashed out a win in a punishing low-scoring game against Wy Yung two weeks ago, but will need all hands on deck to show up this weekend.