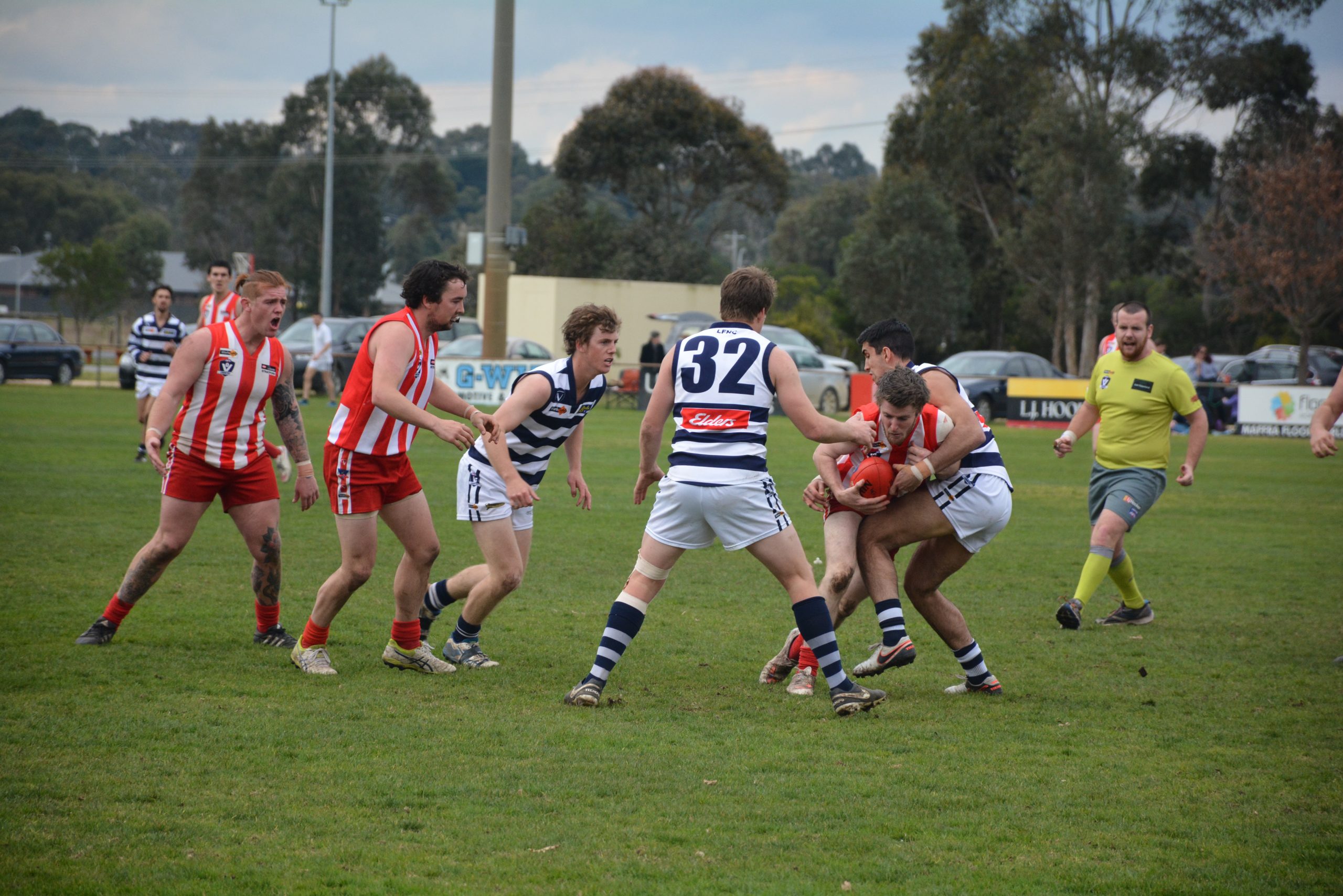 THREE goals from Adrian Cox were the only bright spot in Boisdale-Briagolong’s crushing defeat at the hands of Paynesville during round 16 of East Gippsland football.

Strong pressure across the ground and inaccurate kicking kept the Bombers’ heads underwater, despite an attempt at a comeback in the third quarter.

Daniel Shiers impressed for the Bombers.

The loss locks the Bombers into the bottom half of the ladder, with their percentage taking a severe enough beating to drop them below Wy Yung into seventh place.

Shane Jamieson kicked four goals for Paynesville, with Damien Ashcroft the best player for the Gulls, who are virtually guaranteed to finish the home-and-away season in second place.

The Swans used excellent defensive performances to concentrate play in the centre, and were able to make use of clearances early to keep the visitors to a single goal in the second quarter.

In the third, however, the Cats piled on 44 points to four, and did not relent until the end, kicking another seven goals in the final term.

Josh Kiss and Lewis Bolton did well for the home side, while Michael Preston kicked six goals for the Cats, with Justin Blair best.

The visitors led for three quarters, but a spirited four-goal to one comeback saw the match come down to the wire.

Tom Smith scored three goals for the Blues, and Daniel Kane was best, while for the Tigers, Darcy Murray was best, and Sam Denby-Blake kicked three goals.

Despite being 37 points down at half-time, the visiting Seagulls only kicked one goal in the third as Lucknow stormed in front.

Shaun Ryan kicked seven goals in a stand-out performance for the Magpies, with Brent Isles best-on-ground. Brandon Scott kicked three majors for the Seagulls, with Kane Thompson their best.