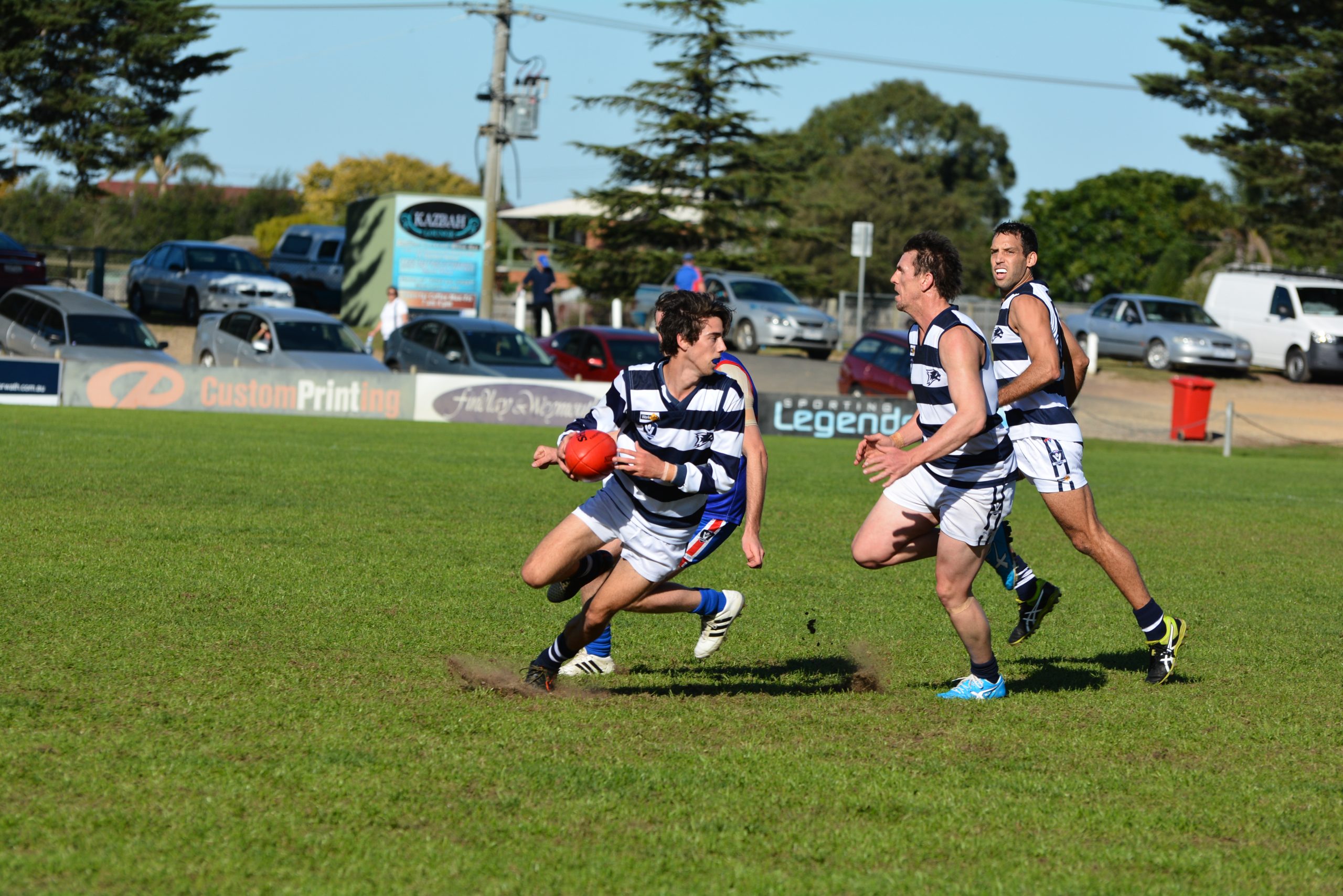 WOODSIDE coach Gary Jones said his side was determined not to let a rare North Gippsland football finals appearance slip from its grasp when the Wildcats host Rosedale on Saturday.

The Wildcats have been in the top five since the opening day of the season — spending much of that time in the top three — but have lost their last four games to plummet from third to fifth. They now face reigning premier Rosedale in a final round showdown, with the Blues’ superior percentage ensuring victory would be enough for them to leapfrog Woodside into fifth spot.

The Wildcats have only played finals twice since joining the league in 2008, and Jones said his side would be doing everything in its power to keep its season alive.

“We’ve been there all year and it will be disappointing and a bit embarrassing if we drop out now,” Jones said.

“(Rosedale) have had a pretty bad year with injuries and we’re in a similar situation right now.

“They have played and won grand finals so they have that experience, but if we turn up and play the way we did in the first quarter (last Saturday against Heyfield) we’re certainly good enough.

“If we can’t win we don’t deserve to play finals.”

Three of Woodside’s recent defeats have been against the top three teams, and Jones was hopeful home ground advantage and a few key inclusions could help get his side back on track.

Northern Territory-based players Keegan Dingo, Dylan McLachlan and Lionel Ogden, who has been struggling with a sore hamstring, should be available, while Corey Whiteoak is set to return from suspension.

Stopping league leading goal kicker Brandon McDonald will be key for Woodside, with Rowan Missen or Gavin Stevenson likely to get the job, leaving the other to monitor Jack Tatterson when he plays forward.

McDonald was held to one goal when Woodside downed the Blues by 40 points in round nine, but he booted a season-high 10 goals last week and looms as a major threat.

Blues coach Sam Bristow said recent results had re-energised his playing group and the finals experience at his disposal would be invaluable.

“Straight after the Sale City game everyone was pretty flat for half-an-hour or so until we realised we still had a chance,” he said.

“This week feels like a final, and even though it’s technically not, we have to play like it is because there is no tomorrow for us if we don’t win. That’s how we’ve been playing for the past month.

“If we’re good enough we’ll be playing finals next week. We haven’t changed our methods, it’s just whether we execute.”

The Blues will be forced into at least two changes, with Mitch Bradley one of two players injured against Glengarry, and will be sweating on the fitness of premiership players Sam Tudor, Luke Stuckey and Brad Scott.

Bristow rated the latter as the most likely and a “70 per cent chance” to play, but said the early exchanges would be crucial, regardless of the personnel.

“I think (Woodside) will be nervous,” Bristow said.

“We’ll really try to lock it down because one thing we know about them is once they get on top of teams they tend to run away with it. If we can make the game go four quarters, I’m confident we’ll win.

Elsewhere, the top four meets the bottom four, with Sale City hosting Cowwarr and Churchill hosting Gormandale, while Yarram and Heyfield are away to Glengarry and Traralgon-Tyers United.

The top three positions will not change and Yarram cannot finish lower than fifth, with TTU the only side in the bottom five able to climb the ladder.