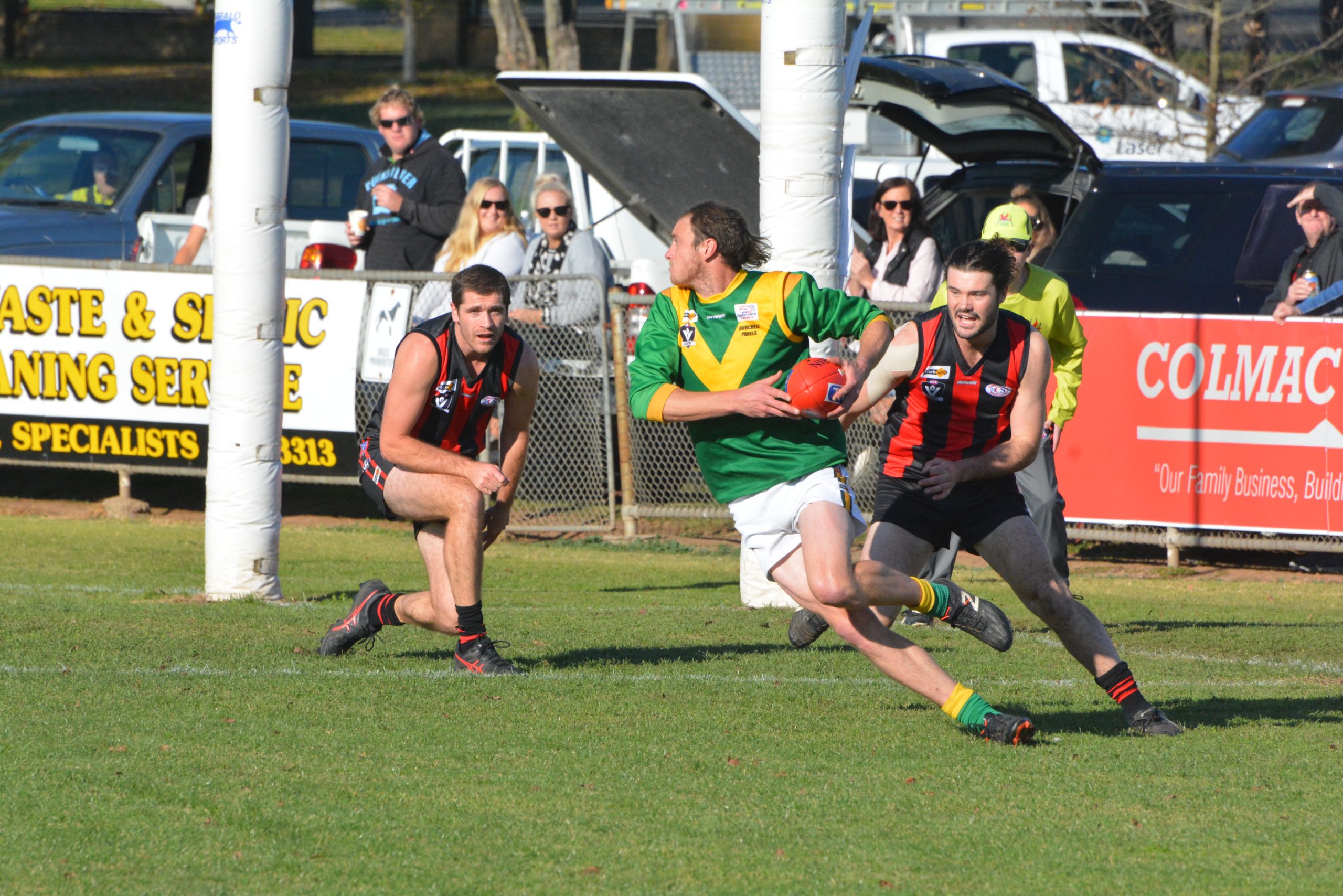 SAME teams, same venue … but will it be the same result 12 months on?

Aiming for back-to-back premierships, Maffra will on Saturday play Leongatha in the Gippsland League football grand final for the second consecutive season.

The Eagles are eyeing a ninth senior premiership in the Gippsland League, and 21st overall.

The Parrots are also playing for a ninth flag in this league, and 20th overall. The Parrots haven’t tasted success in senior footy since 2001, before Maffra’s remarkable run of eight premierships in 15 seasons.

After finishing the home-and-away season on top, the Parrots will be well-rested, not having played during the first and third weeks of the finals.

Could this help or hinder the Parrots? Since 2005, just five top sides have won the 12 premierships on offer despite every minor premier has made the grand final.

Maffra needed to overcome Traralgon in the preliminary final last weekend. The Eagles rebounded from their qualifying final loss to the Maroons with two strong performances, showing good form ahead of the grand final.

Maffra’s defence was outstanding last weekend under pressure from the Maroons. Rattled during the second and third quarters, once the Eagles refocused, they couldn’t be stopped.

These teams have occupied the top two runs on the ladder since round 11, and have been in the top three since round two.

The Parrots have statistically had the best offence and defence this season, scoring just under 104 points on average per game, and conceding 52 per match. The Eagles have scored an average of almost 99 and conceded and average of 62.

Maffra has had many players who have had outstanding seasons.

Jack Johnstone can play in defence and midfield, while Danny Butcher and Alex Carr provide good use of the ball through the middle of the ground.

Captain Sam Pleming will be key to stopping Leongatha’s forwards, alongside James Huts and Andrew Petrou.

The Eagles have potent forward line, with Mitch Bennett kicking a league leading 59 goals this season, and Daniel Bedggood and Darren Sheen 44 each.

The Parrots also have no shortage of quality, including forward Chris Dunne, who has kicked 48 goals this season, onballer Tom Marriott and defender Sean Westaway.

Each has beaten the other during the home-and-away season.

In round nine at Maffra, the Eagles led from start to finish to win by 39 points. The return match in round 18 at Leongatha was a play-off for the minor premiership, with the Parrots establishing an early lead and maintaining it to the final siren to win by 16 points.

In 11 finals matches between the sides, Maffra has won eight.