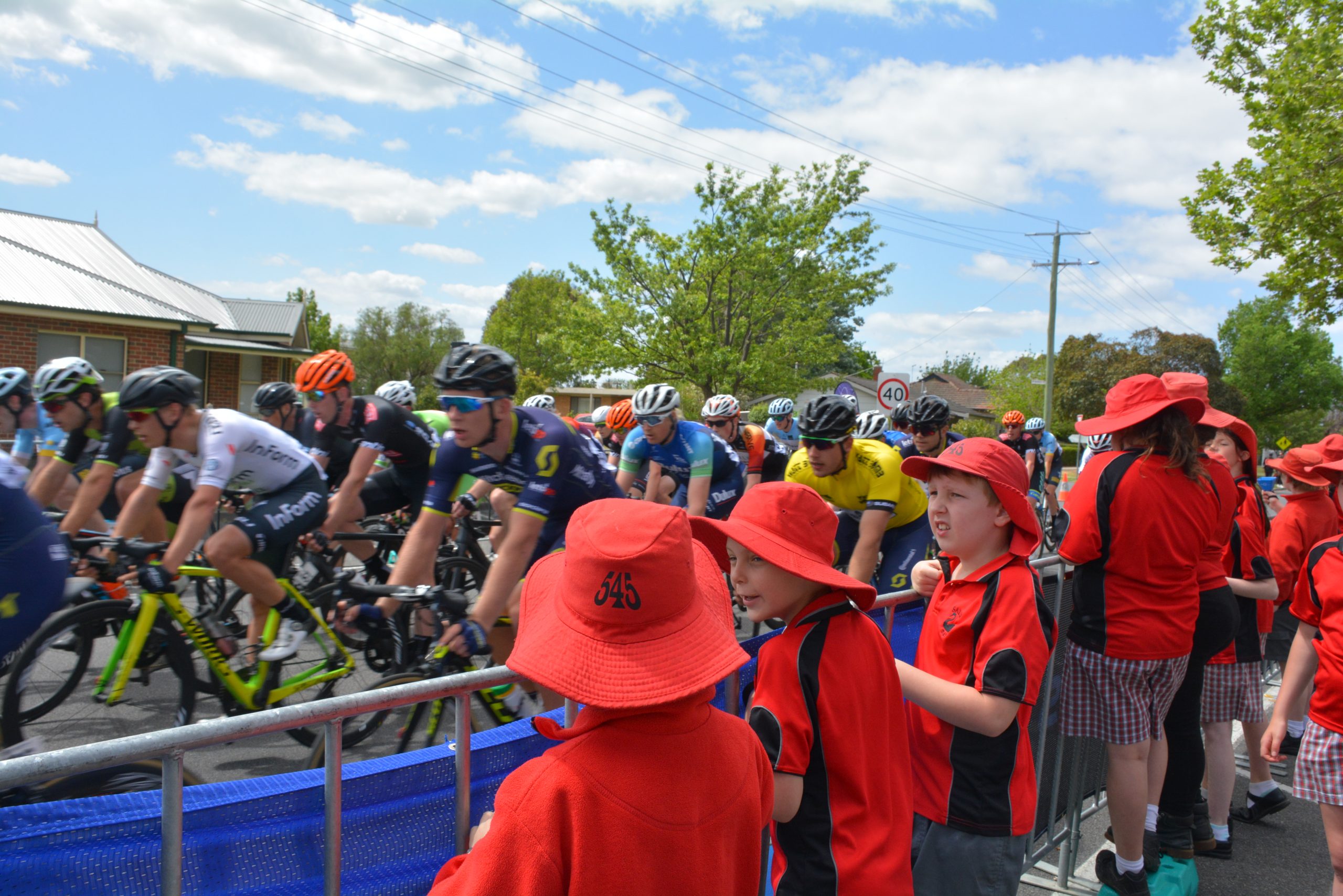 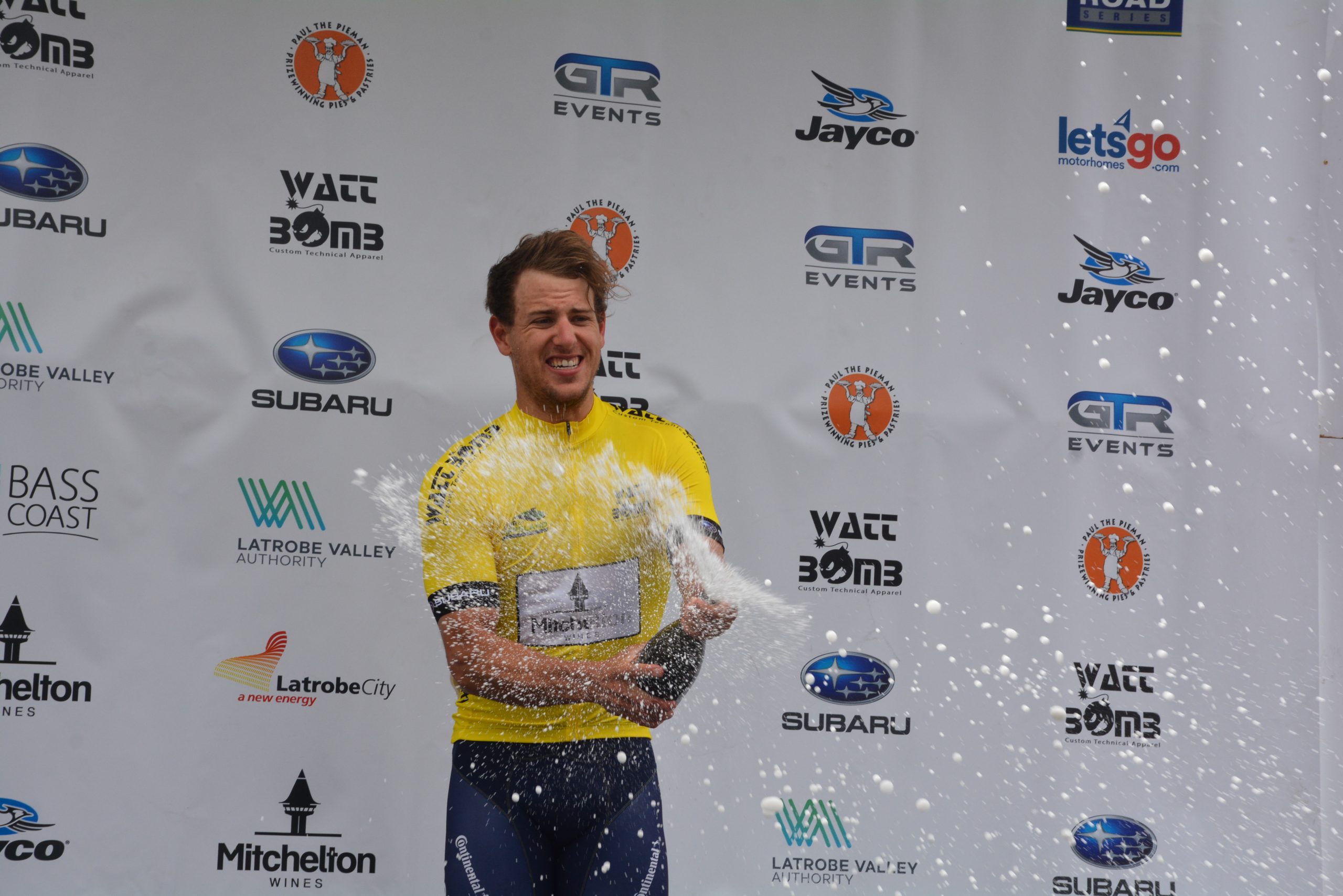 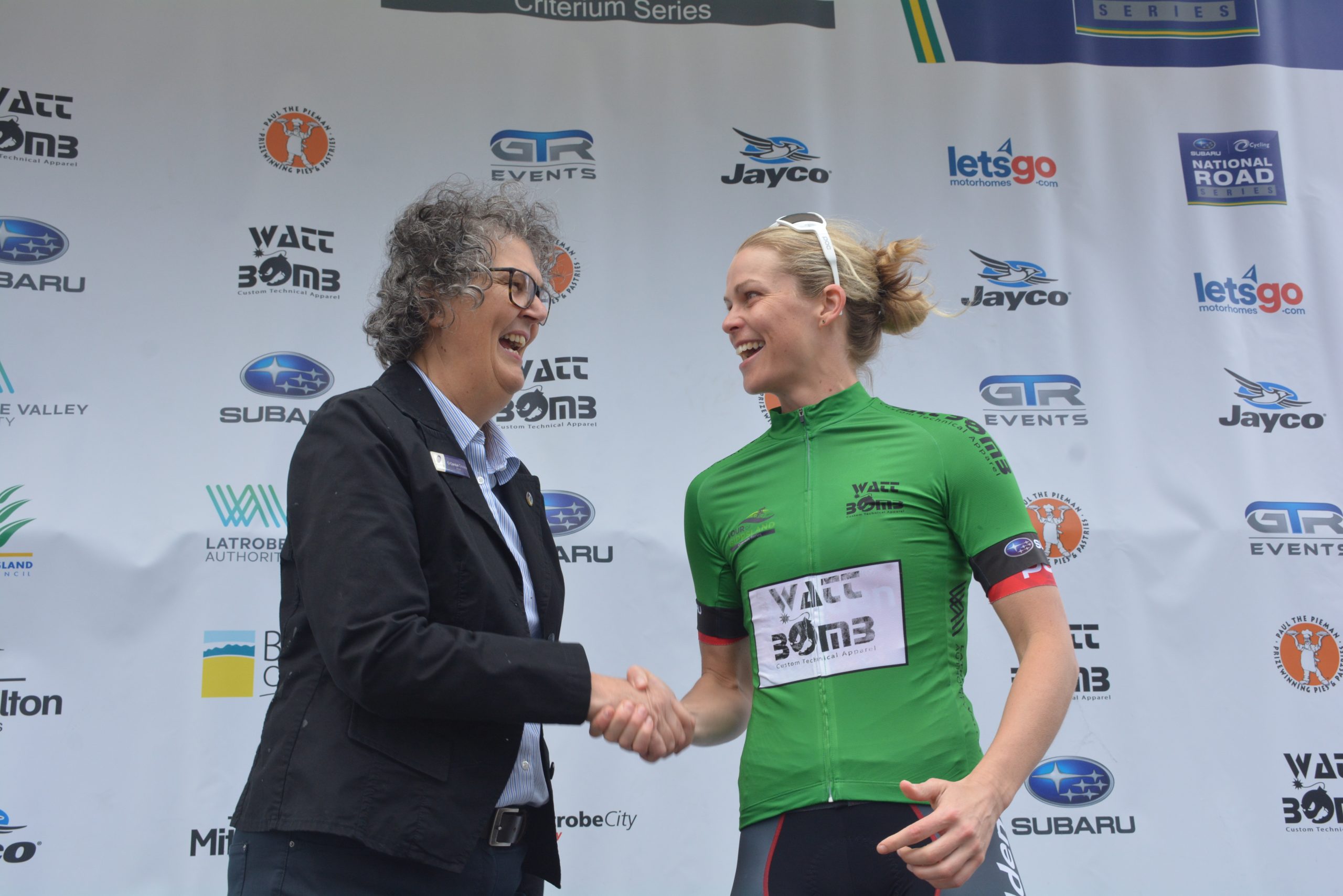 Dual national champion Kim Wells took out the women’s event, winning in Bairnsdale on Saturday to seize the yellow jersey.

Friday’s second stage in Sale featured plenty of action, with a breakaway group in the women’s race and furious sprints in the men’s.

Welsford won the stage, holding on to the yellow jersey to claimed after winning the first stage at Inverloch, as well as the lead in the best young rider category. He narrowly beat Mitchelton-Scott teammate Nick Yallouris and NSWIS’ Ayden Toovey over the line.

Jesse Coyle won the sprint jersey and most aggressive after an impressive performance, spending 20 minutes out in front and winning two sprints.

In the women’s race, High 5 Dream Team’s Rebecca Wiasak held onto the yellow jersey, but Chloe Moran, in her first stage win, took the line honours. Getting in front of Holden Women’s Racing’s Shannon Malseed and TIS Racing’s Georgia Baker, Moran was ruthless towards the end.

“The weather wasn’t too bad, and I think with the headwind on the front straight for the sprint, it really makes it difficult,” he said.

“You’ve got to time your sprint to perfection, and if you go too early, you might get rolled in the last 50 metres because you’ve had a headwind to battle.

“It was perfectly timed by Sam Welsford there to find the right gap and just pass his teammate at the end.”

After the race, Welsford said he was lucky to get the win again.

“It’s a really, really fast course, and technical in the last couple of corners but really long straights so it’s always a lot of people moving up, hard to maintain a position,” he said.

“I really reckon the last two laps were one of the most fast and fierce racing I’ve ever been a part of, I really enjoyed getting in touch with some argy-bargy towards the end.”

The women’s race was tactical, as Jones explained.

“The women’s race was fantastic and put on a great show for the spectators, with a strong breakaway that stayed in front for the win,” he said.

“A very impressive ride from Chloe Moran, I think it was her first win, she had a great ride out there with Rebecca Wiasak, the yellow jersey, behind the peloton, she was out there controlling the breakaway and making sure they don’t get too far away.

“There were a number of young girls as well, Nicola Macdonald (winner of best young rider), she’s only 17 or 18, and she’s got a lot of potential.”

Sale’s Kristy Glover, part of the Rush Women’s team, said it was a great atmosphere, as 545 students lined the final straight.

“You can’t beat it, they’re the best cheer squad,” she said.

“It takes your mind off the pain a bit when you hear the cowbells.

“The legs didn’t want to come and play today, had it right there in front of me but just missed the break I had a much better day yesterday, would have been better today if I had it today at a local race, but it wasn’t to be.”

All four stages of the tour, which concluded on Sunday at Traralgon, were criterium races for the first time, allowing spectators to see all the action.