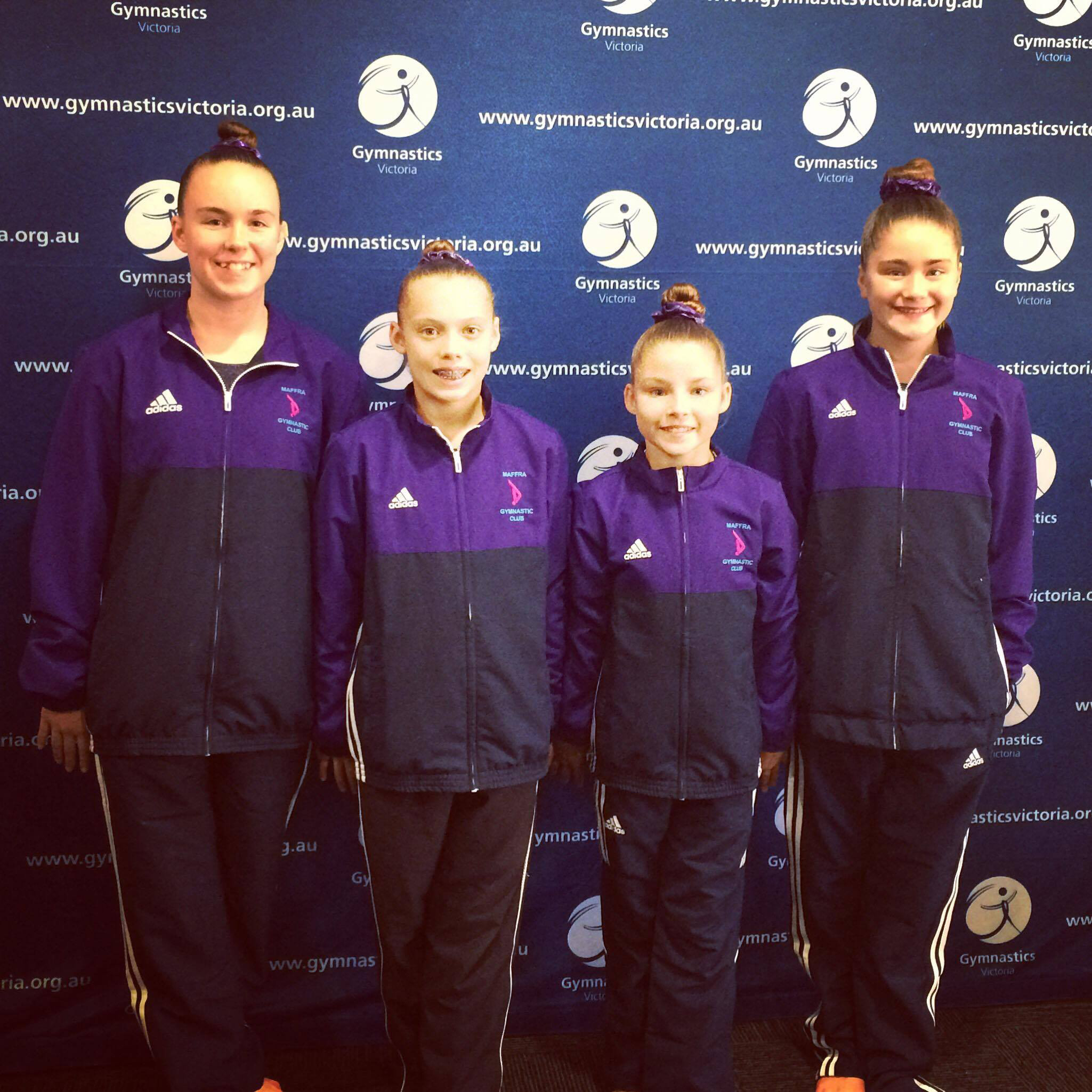 MAFFRA Gymnastic Club topped off another good year with some outstanding results at the state championships at the weekend.

Fourteen gymnasts and two coaches travelled to The Arena in Geelong for the premier event, which has the best gymnasts in levels three to six compete for the title of Victorian champion. The event is an unlimited hours competition, meaning many of the athletes could be training up to 30 hours per week, almost the equivalent of a full time job.

For the two level three teams, it was their first taste of a championship event and despite some early nerves the girls held their own in the tough competition.

The under 11 team finished in eighth place, and the 12 years and over girls finished sixth, with a bronze medal on bars.

Coach Anita Heath was impressed with the way the girls presented themselves on the competition floor and represented their club throughout the entire event. It is a great achievement for the level three girls, who only train six hours a week, to not only qualify, but achieve such good results.

There is no rest for these dedicated athletes who were straight back in the gym for training on Monday night, keen to keep developing their skills and already looking forward to what 2018 might have in store for them.

In the level six competition, Maffra was represented by three athletes in the individual competition on Saturday night, and a team of four in the teams event on Sunday.

Again, the Maffra girls, who train 10 hours a week, were up against athletes from high performance clubs who train a much higher number of hours.

Coach Sharyn Henderson was proud of the positive attitude and professionalism displayed by the girls.

“As a limited hours club we have so much to learn just by competing in the same arena as clubs such as Waverly Gymnastics Centre, who dominated competition across all levels for the event,” she said.

“I was so proud of our gymnasts celebrating the talent on display from some of the bigger clubs, and the growth mindset approach the girls have taken to learning from these amazing athletes.”

The girls were able to hold their own in the competition, finishing eighth in the teams event, and Katelyn Henderson taking out fifth place in the under 12 level six individual beam competition, a mere 0.4 of a point off the gold medal.

The level six team will again head to Geelong next weekend for its final competition of the year at the Southern Cross Classic before taking a short break over Christmas and returning to focus on upgrading their skills for the level seven 2018 season. Maffra will also have Rebecca Harrington, Camille Japhary, Makayla McCoy and Shayla McNamara competing in the level five division.

Many of the Maffra gymnasts who competed at the championship event are also working hard as part of the Gippsland Sports Academy program, a monthly training camp environment run by high performance coaches Tracey Penaluna and Al Edgar, and the weekend’s results are already demonstrating the benefits of such a program within Gippsland.