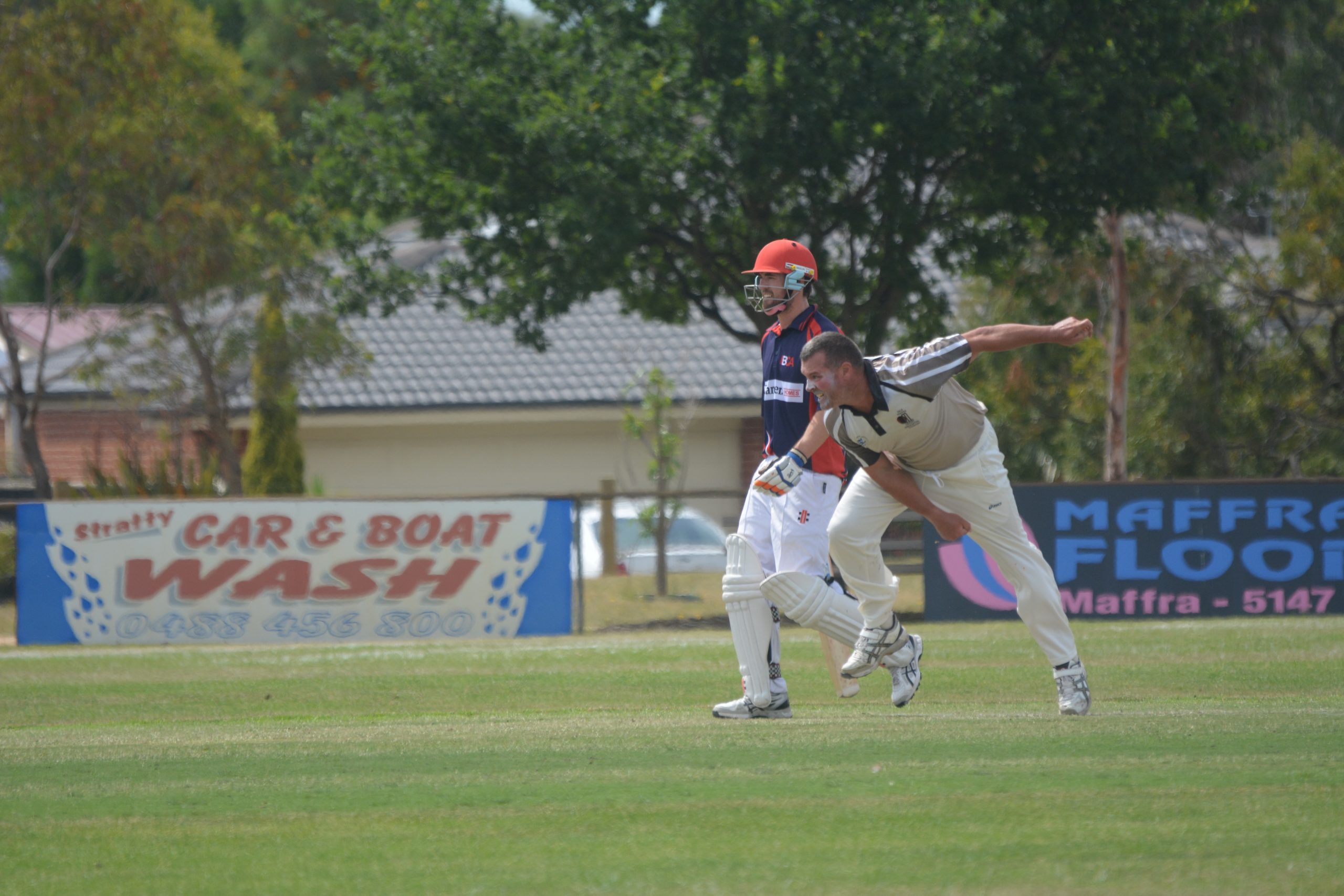 THE heavy downpour on Saturday night did not prevent the third round of the Gippsland Cricket League going ahead.

With two rounds to go, all five teams are in contention to make the final.

CHASING 131 to defeat Bairnsdale, Sale-Maffra did it the hard way, losing nine wickets.

It was the Sharks’ second narrow victory in as many matches this season.

Electing to bat first after winning the toss at Stratford, Bairnsdale never really got going and was dismissed for 130, which proved to be a tricky total to chase down as the Sharks did it in the 36th over with just one wicket remaining.

Sitting at 9-114 it was left to the final pair of Steve Parry and Jack Rietschel to get the remaining runs, which they were able to do with a collective sigh of relief heard by all wearing Sale-Maffra colours. The final pair had to survive some close calls, including a dropped catch.

Jack Lind was the pick of the bowlers for Bairnsdale with a superb five-wicket haul.

Cormac Hassett and David Atkinson with scores of 35 and 28 respectively that were able to make any significant contributions.

While those two were in the middle, the Sharks were in control.

With thunderstorms threatening, the Sale-Maffra batsmen were looking score the winning runs quickly, but lost wickets at a rapid rate.

Wickets were shared between the Sale-Maffra bowlers, with Stuart Anderson, Brad Scott and Ben Jones each taking two. But the day belonged to Parry, as he did his job taking 4-8 off 10 miserly overs.

LEONGATHA defeated Traralgon in another tight contest at Korumburra.

Traralgon won the toss and elected to bowl, but found the going tough, as Leongatha adjusted to the conditions and had 49 on the board before the first wicket fell. From there, Traralgon were able to peg back some momentum as the only two Leongatha bats to fire were Iian Osman and captain David Newman with scores in the 40s.

With the match reduced to 41 overs per innings, Leongatha closed at 6-161. The only multiple wicket taker for Traralgon was Jackson McMahon, who finished with 2-24.

In reply, Traralgon’s run chase was in complete disarray before drinks, as it crumbled to be 5-31 as Leongatha could sense victory in sight. However, some consolidation from John Keighran (25) and Ewan Williams (34) steadied the ship, before some late order hitting from Zimbabwean test player Tinashe Panyangara, who scored an unbeaten 43, took the game to the penultimate over.

The Tornadoes needed 12 runs to win from the final six balls. But they could only manage four runs, meaning Leongatha had survived a late scare and secured victory.

A trio of wicket takers for Leongatha highlighted its book, with openers Tom Richards and Alan Jenkins along with Tim Wightman all claiming three scalps.

WARRAGUL had the bye.