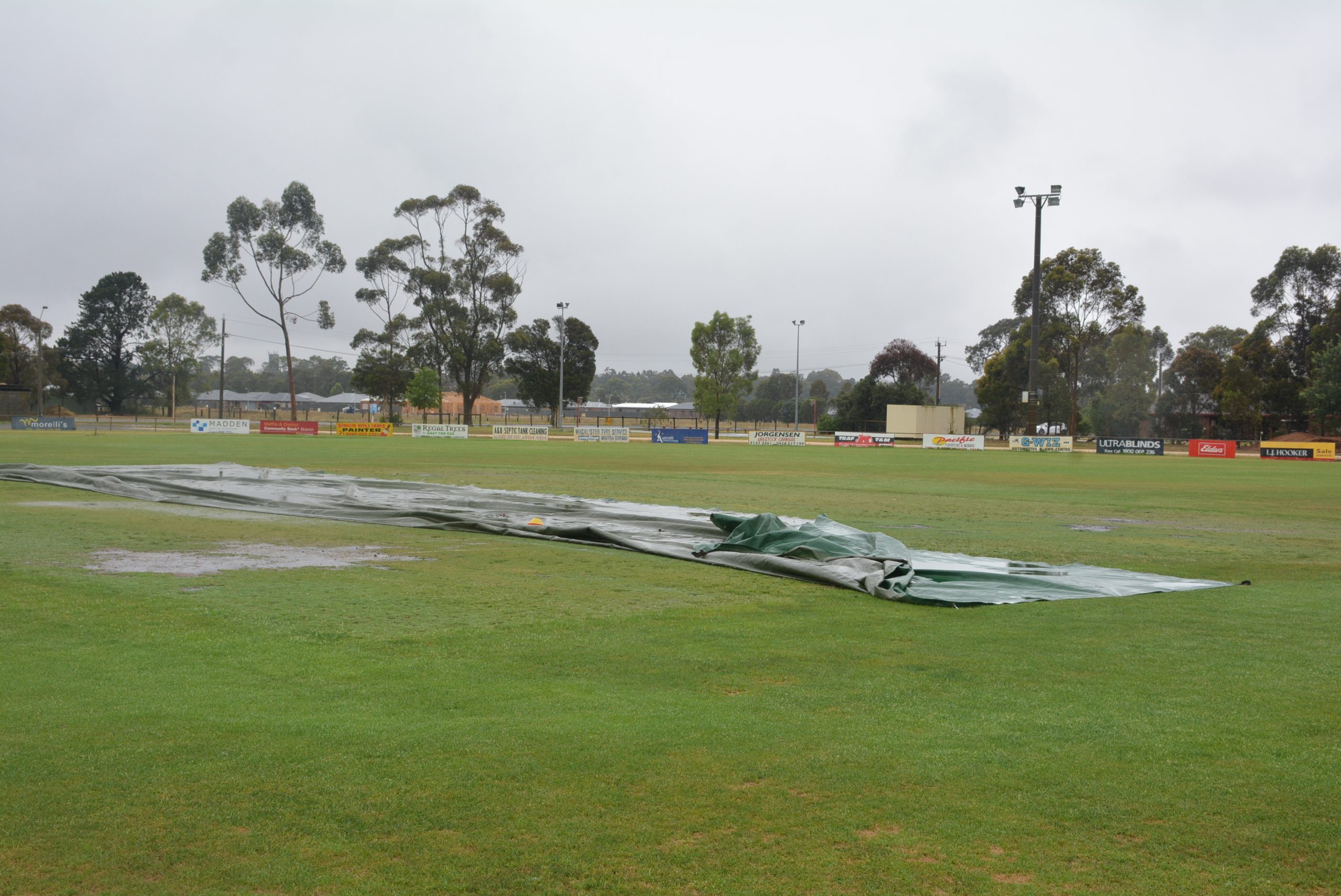 HEAVY rain across the district forced most local sport to be abandoned.

All the weekend’s Sale-Maffra cricket matches were cancelled.

Junior matches were abandoned on Friday, while Saturday’s senior games were called off that morning.

First grade was due to begin a two-day round on Saturday, those matches will be completed next weekend as one-day contests.

Remaining senior and junior matches, which were one-day matches, were declared draws.

A round of one-day matches was also scheduled for Sunday (Boisdale-Briagolong v Rosedale-Kilmany, Bundalaguah v Maffra, Longford v Collegians, Sale v Stratford), but they were called off on Saturday afternoon.

The decision was made following an inspection of the grounds, along with having more rain forecast to fall.

Concerns about travelling the rain led to the Country Basketball League matches and the Churchill junior basketball tournament to be cancelled.

Maffra due to play Sale and Bairnsdale at home at the weekend in both women’s and men’s CBL competitions.