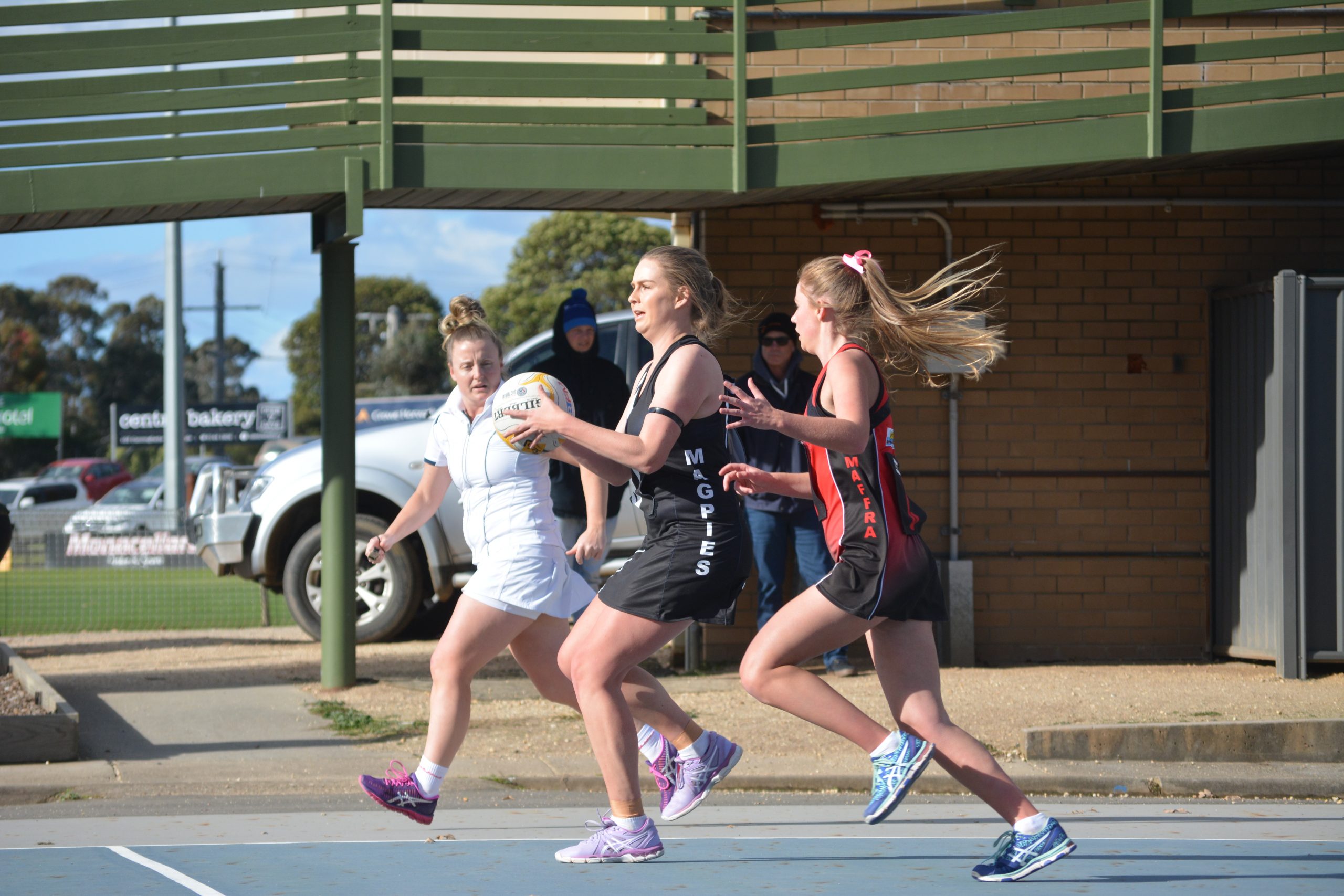 SALE and Maffra will resume their Battle of the Birds rivalry this Sunday during the opening round of the Gippsland League netball season — both teams ravenous for a first round victory and with a lot to prove.

Finishing seventh last year, Maffra’s A graders look a better chance for finals this year after a boost from an influx of strong players.

Star all-rounder Paige Biddle has returned to the Eagles, and with her extensive experience representing the Gippsland League despite her young age, will captain the side.

League under 17 best-and-fairest in 2017 at bottom age, and EPZNC under 17s most valuable player, mid-courter Emma Allman will also return to the side.

Allman, having also been selected for the Victorian Netball League, playing for Boroondara Express’ under 19s side, is a force to be reckoned with, bringing speed and stability to the mid-court.

Intensifying the Sale-Maffra rivalry, the Eagles have also recruited sisters Taylah and Maddi Ballinger from the Magpies.

New A grade coach Jo Ballinger, another former Magpie, said the Eagles would be working hard to combine the team’s youth with her experience off the court.

“There will be some tinkering with how we play but ultimately what I think the supporters should be excited about is the club’s youth and competiveness around the netball,” she said.

“Structure in our game will play a very big role to ensure our young inexperienced team can perform under pressure.

“With this group I can feel the excitement, the girls are energetic, talking, laughing and have that kind of focus that the season is about to start.”

Finishing in ninth place last year, Sale returns to the court with a mix of experienced senior players and excited junior players coming through the ranks this season.

Returning to the club this time as A grade coach, Mel Johnston, who captained the Magpies’ 2013 premiership team, brings a wealth of experience and leadership to another young group.

Johnston is excited to work with the talented junior players who will be stepping up into the grade teams, and expects the A grade side to be competitive this year.

“The team selected have the willingness to train hard, learn and play for each other,” Johnston said.

“With the team not having played together, we may start a little slow, however half-way through the season I hope and plan that we are playing some great netball.”

Ruby Phillips has made the jump from Sale City’s premiership side to join the Magpies’ A grade side, along with Kristy Glover, fresh from a few years’ break from the game.

“Ruby will captain this young team and is already showing great leadership and rapport with the players,” Johnston added.

Sale’s Alex Stephenson, who last year played in the club’s under 17s side, has also had a VNL call up, this time from the Hawks’ under 19 side — a rebranded Monash Storm Netball Club.

Stephenson is stoic in goal keeper, rebounding and intercepting effortlessly, with her height a major factor in her brilliance as a defender.

As well as the Ballingers, the Magpies will be without Amelia Charlton, Meg Gordyn, Kirby Boyle, Steph Dyer and the club’s 2017 best-and-fairest, defender Caitlyn Morgan.

The 2018 Gippsland Football and Netball Magazine is available for $2 from the Gippsland Times office and local newsagents.