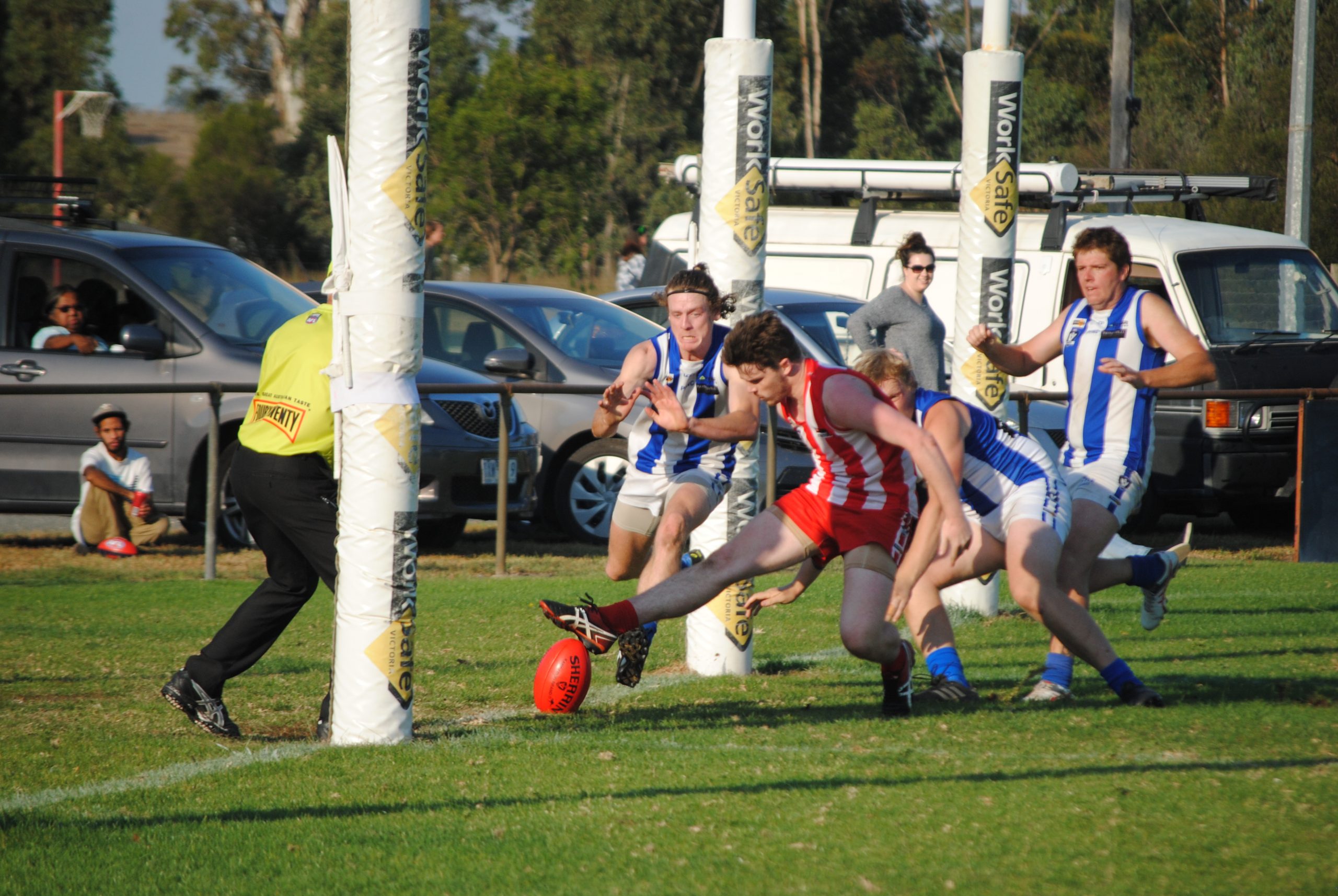 STRATFORD is on top of the East Gippsland football ladder after defeating Paynesville by 165 points.

The league’s current top goal kicker, Patrick Gordon, added six to his tally, including one with a dramatic soccer kick in the goal square, and Lachie Heywood, who stood out in ruck contests, also kicked six.

Jack Bacon was also among the players who out-scored Paynesville, with five goals.

Regan Tait was best-on-ground, using his reach to dominate contests across the field.

It was scrappy football, but Stratford was able to get the clearances and fight its way forward almost every time.

The Gulls kicked a single goal in the first quarter, with Stratford running away with seven goals.

Paynesville scored two points for the next two quarters, before a late rally in the fourth.

In a thrilling finish, the Bombers dominated early to lead by 31 points at quarter-time, and kept the Seagulls scoreless for the third term, but had to fight it out as the Seagulls kicked eight goals in the final quarter to get nail-bitingly close to the win.

Josh Stubbe was named best for the Bombers.

Josh Piper was best for Lakes, and Gary Puruntatameri and Brendan Bassett top-scored with three each.

Inaccurate kicking cost the Cats, with only two goals from 10 scoring shots in the third term.

The Blues were floundering in the first term, and never quite recovered as Lucknow piled on the goals.

Jacob Green was the stand-out, kicking six, and William Siania was named best. Jayden Price was best for Orbost.