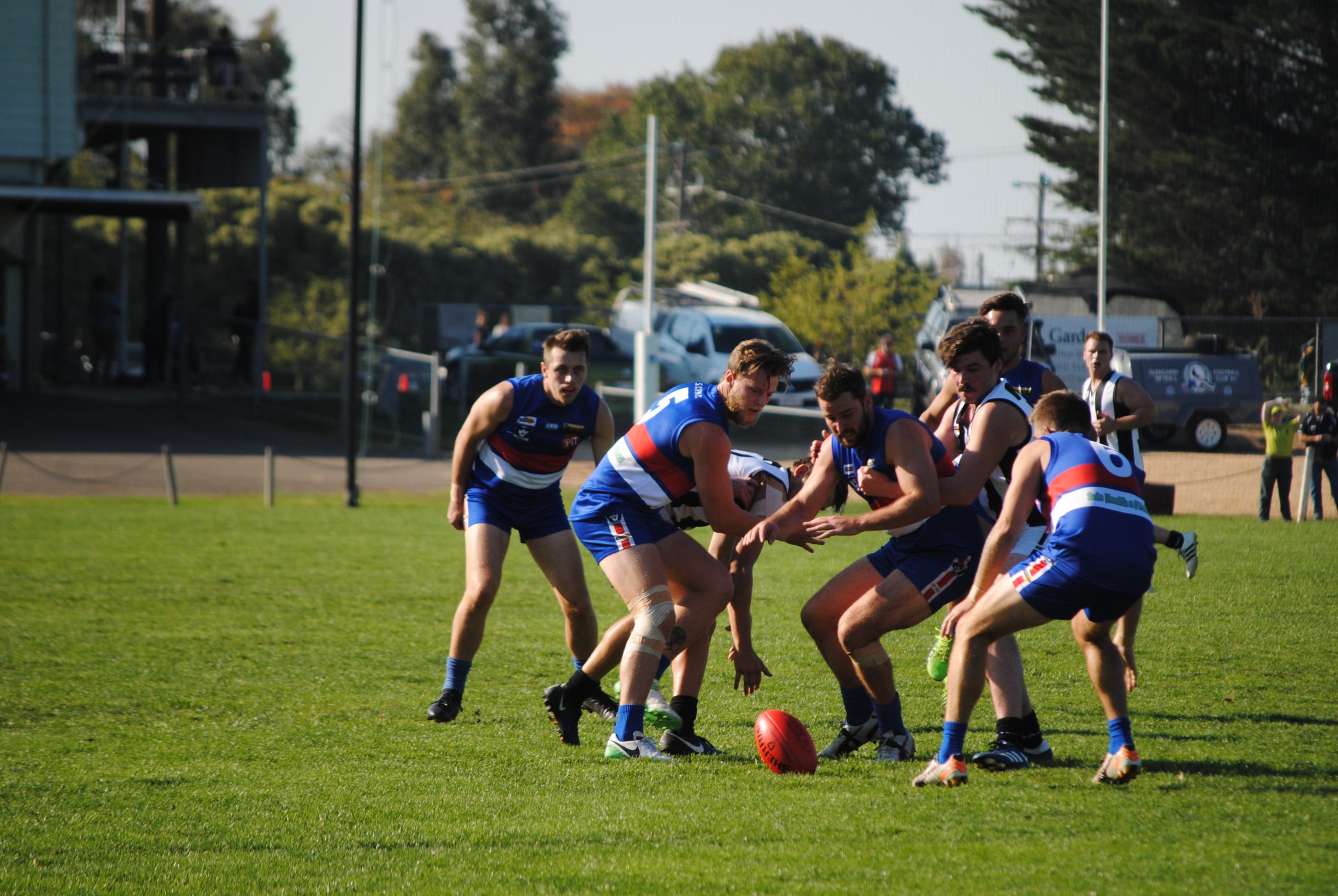 The Bulldogs defeated the Magpies by 15 points on Saturday at Stephenson Park.

City had the better of play early, but this was not reflected in the four-point quarter-time margin. The Bulldogs kicked three goals from nine scoring shots.

The Bulldogs led by 18 points at the final change, and kept the Magpies at arm’s distance, despite kicking 1.4 during the fourth quarter. Glengarry, whose better kicking for goal kept it in the match throughout, booted 2.1 in the final term.

Andrew May kicked five goals for Glengarry, with Michael Diaz and Hamish Busk best for the Magpies.

HEYFIELD opened its account for the season, defeating Cowwarr by seven points.

With upgrades at Cowwarr’s ground not complete, the match was played at Glengarry.

The Kangaroos trailed by five points at half-time, then kicked four goals to one to take a 12-point lead into the final term.

The Saints kicked four goals to one in the fourth quarter, but were only able to take eight points off the deficit, as the Kangaroos won 13.11 (89) to 11.16 (82). The visitors won despite having three less scoring shots than the Saints, who remain win-less after three rounds.

Brayden Woodland, Will Kelly and Matthew Bedggood led the way for the Kangaroos, with James Beha kicking three goals.

YARRAM strengthened its hold on top spot with a 96-point thumping of Rosedale at home.

The match was all-but over by half-time, when the hosts led by 53 points, but the Demons kept going, adding 11 goals in the second half while conceded four.

Dan Vardy kicked six goals, with three each from Jarryd and Josh Swift. Louis Rodaughan and Tyler Chisholm were also integral to the Demons’ big victory.

TRARALGON-TYERS United moved into second spot on the ladder with a 42-point victory at Woodside.

Jacob Albanese and Tyler Mustoe both kicked three goals for the Bombers, with Adam Bailey their best.

In a day-out for the Churchill forwards, Brendan Holt and Chris Williams kicked six goals each, with five from Ben Kearns.

Jordan Fenech was outstanding for the Cougars.