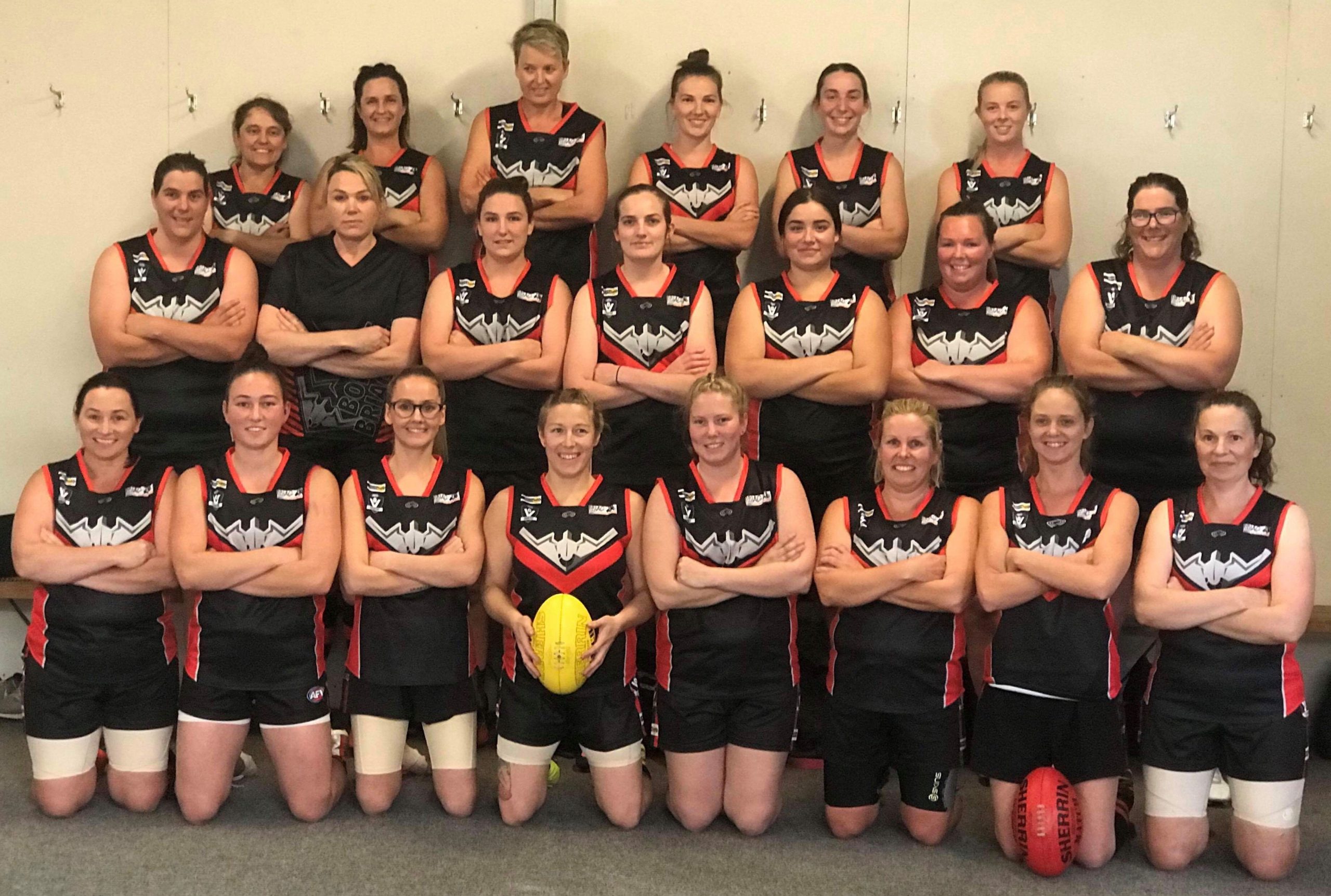 FOR the first time in many years, Boisdale-Briagolong is fielding a women’s football team in a Gippsland league.

A historic photo shows the 1965 Briag Bruisers, and now, 53 years later, the Boisdale-Briagolong Bombers are taking flight, with a good win against Morwell East in round one.

The Bombers won 13.17 (95) to 1.1 (7), with Belinda Marshall kicking three in front of a huge crowd. Michelle Johnson and Emily Porter also kicked two each.

As well as a women’s team, a youth girls team has joined the Gippsland Youth Girls League, playing against teams from Traralgon to Bairnsdale — in the curtain raiser for the inaugural women’s match, they took on Sale.

Boisdale-Briagolong junior president Megan Lee said  fter being approached by some of the girls, “we thought we’d have a crack”.

“We got a huge response, we were just blown away that we could field both a youth girls team and women’s team,” she said.

“Some are girls clicking over from the youth girls, turning 19, but one women I believe is 50, and she is fighting fit.”

Many of the women’s team are playing football for the first time, but twice-weekly training under supportive coaches has built plenty of confidence.

Other teams in the recently formed league include Bass Coast, Garfield, Bunyip, Warragul Industrials, Nyora, and Bairnsdale, and other local clubs have expressed interest in forming a women’s team in the future.

The Bombers were scheduled to play Warragul Industrials this Sunday, but the Dusties are unable to field a team.

THE Gippsland Maroons lost to Seaford during the first round of the South East Women’s Football season.

The Maroons will host the Eastern Devils on Sunday at Traralgon.